Giovanni Battista Belzoni can finally smile. And along with the pioneer of archaeology, his wonderful hometown: Padua. If the recent launch of a comics book on first intrepid collector of Egyptian artefacts’s life has inclined the youngest towards the character George Lucas was inspired by in Indiana Jones's film saga, the meeting between the cultural association “Gaetano Osculati” from Biassono and the inventors of the project “Padova originale", last Sunday, has instead opened a very peculiar city tour, ready to involve adventurers from every corner of the world. 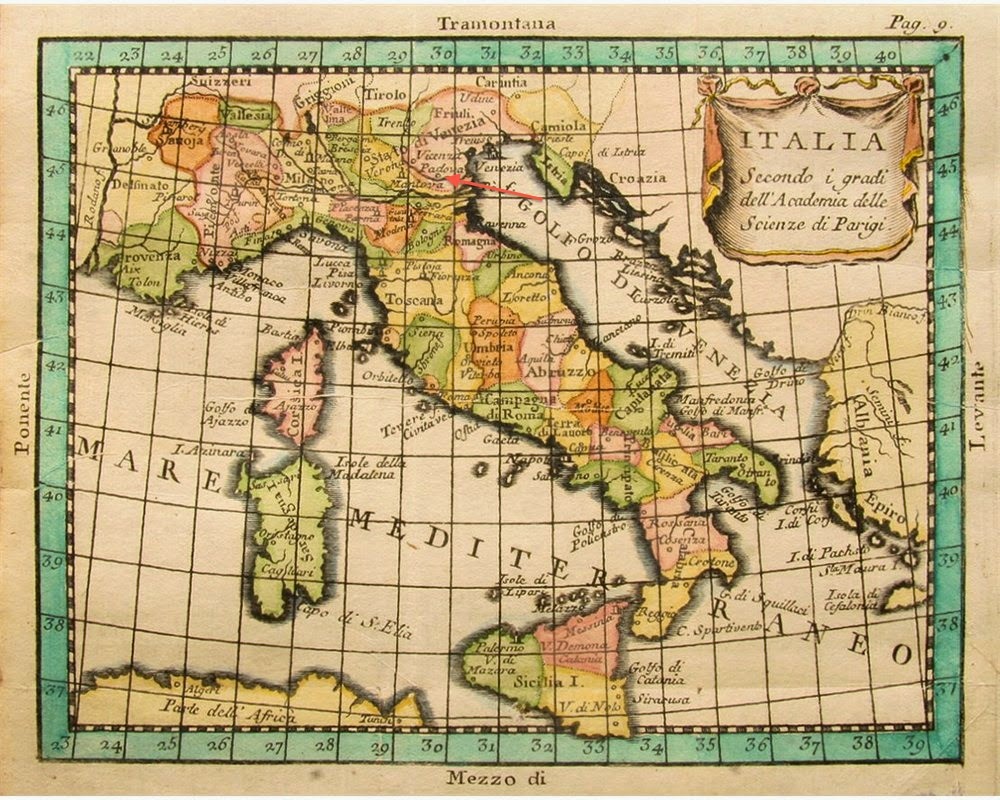 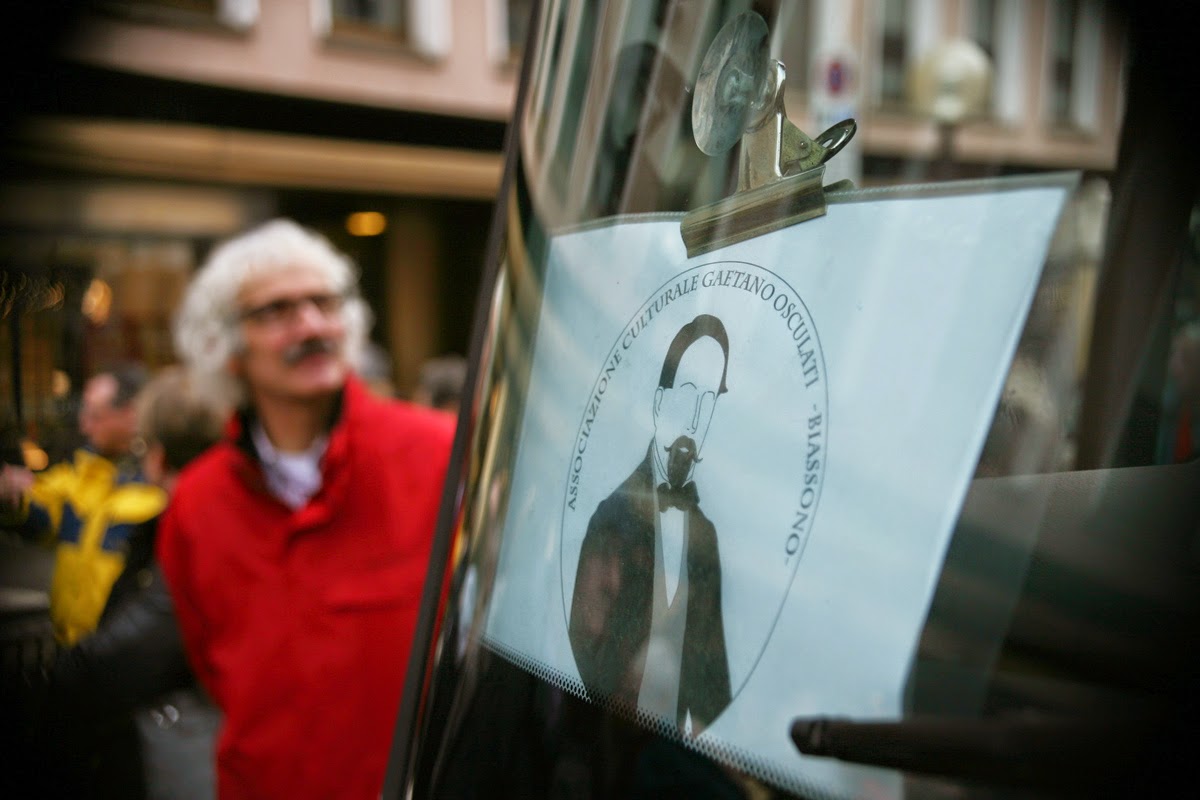 December 14th will not be remembered as the day of a simple visit to the Venetian city by a delegation of 54 history of exploration's fans, but as a cornerstone of a new way of making tourism in Italy: “Alternative and niche itineraries - said Pietro Casetta  creator of 5 Padova Originale’s new routes - are now developed discussing with those who are directly engaged in the social revitalization of the area where they live: thus, planning’s point of view becomes more geographical than erudite or institutional. It’s built on personal interests and is always marked by a captivating communication, with a journalistic, but at the same time precise and competent style. It never exceeds in useless data, but rather makes use of new technologies and has the support of strategic and purely local travel agencies, such as Delta Tour tourist navigation”. 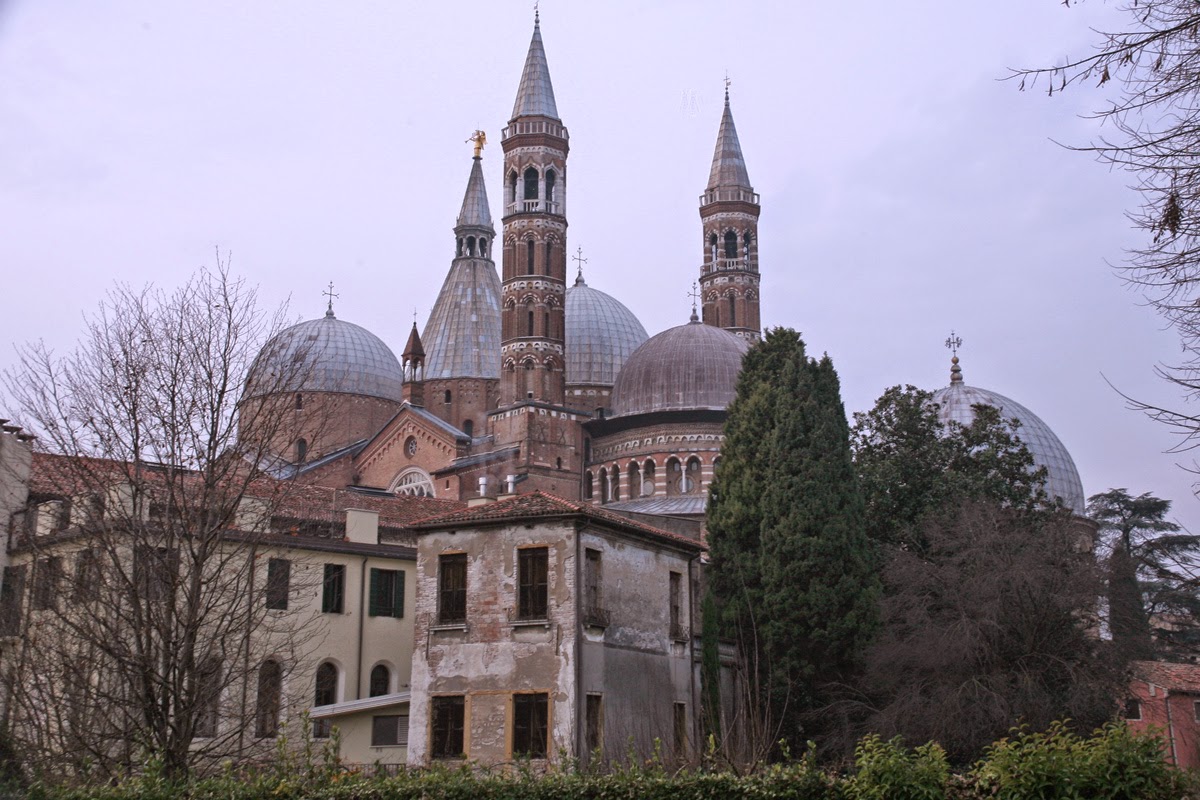 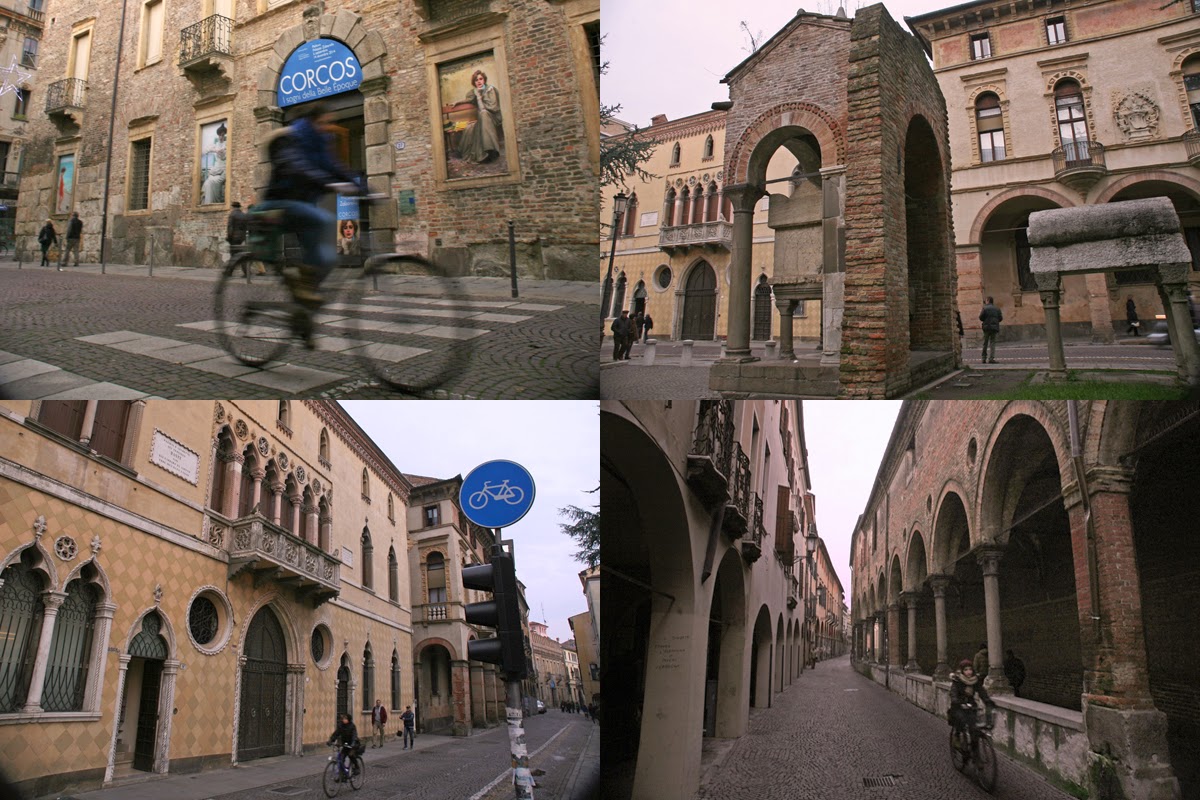 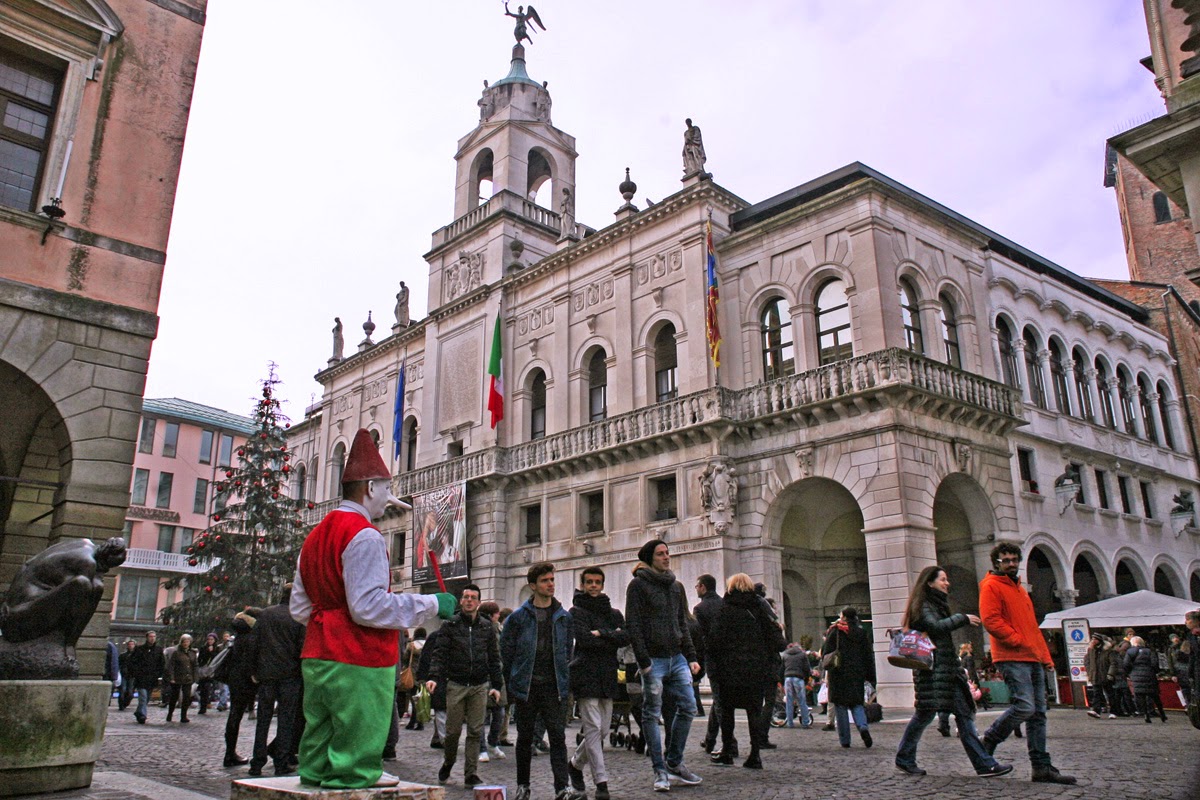 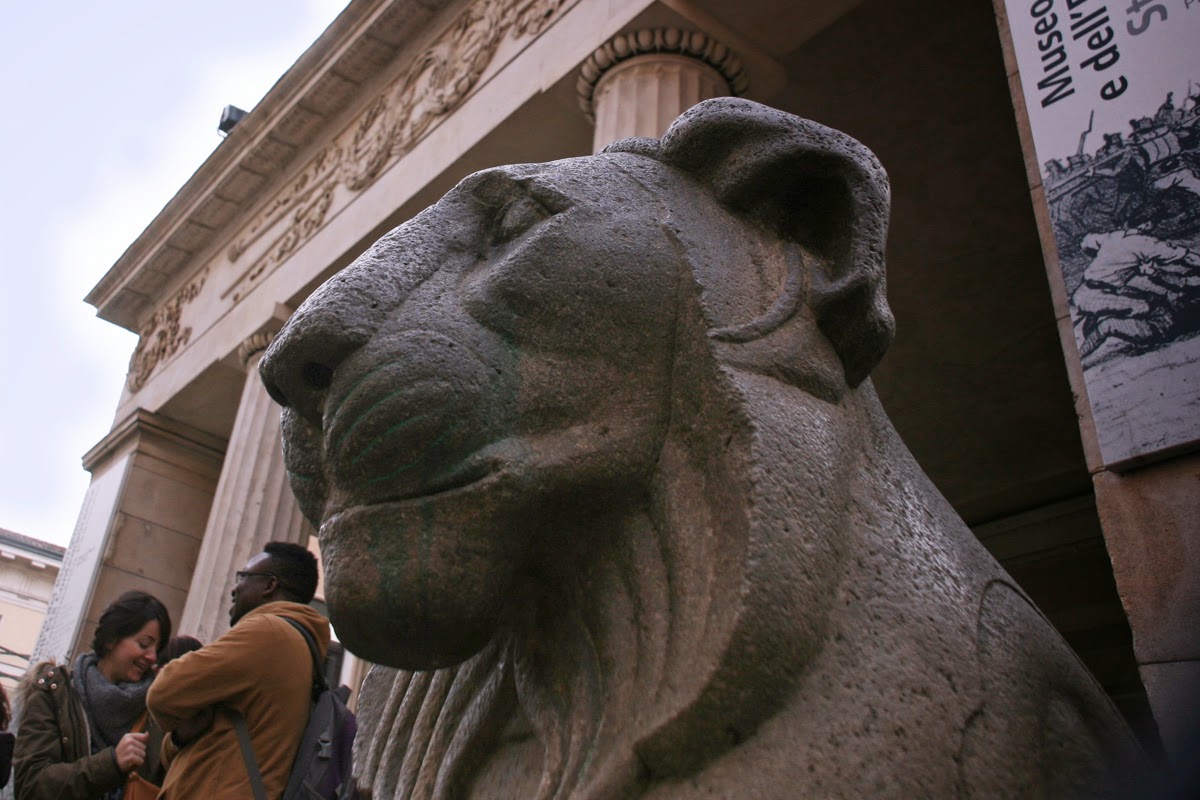 Thanks to different projects of twinning in the name of the great Italian explorers, completely unrelated locations can now benefit from tourist swaps based on a cultural identity that, in two years, has already joined Biassono’s museum "Carlo Verri" (Lombardy) and Maranzana’s "Giacomo Bove" (Piedmont), as well as Civate town (Lombardy) and Genoa’s d’Albertis Castle (Liguria), accepting finally in the group "Padova Originale" (Veneto). A network destined to grow and branch out to the whole Country, but also and above all able to consolidate international collaborations, appealing on historical links which were started by the great Italian explorers around the world. So, in Padua, a bridge has been launched to the small town on the Mississippi river named Belzoni, until now best known for its huge breeding farms of catfish and for having opened the civil-rights campaign in the United States after African American Rev. George Lee's assassination (1955), but also winking at that British Museum in London, which owes so much to Padua explorer in setting its Egyptian collection.

Capital of the painting in the fourteenth century, because of the amazing Scrovegni chapel's frescoes by Giotto,  revered pilgrimage destination in the name of St. Anthony but also home to the first botanical garden in the world where the novel "The Virgin of the poisons" was set, Padua is perhaps one of the best urban examples to understand how the communal life of medieval Italy has created a cultural and artistic heritage unique in the world. At the same time, it allows to shed light on the significant role of Freemasonry in the nineteenth-century national unification process, which own the Belzoni was no stranger. Case in point, as well as starting point of Padua tour dedicated to him, is the famous Cafè Pedrocchi.  Founded in 1772 as a coffee shop on Bergamo entrepreneur Francesco Pedrocchi’s initiative, the stately harpsichord-shaped building immediately got lucky due to its proximity to the University,  historic center of Aristotelism processing (thanks to personalities like Pietro d'Abano and Pomponazzi), as well as a center of excellence in medical research since 1222. Yet, already in front of it, the viewer feels a subtle sense of estrangement: recovering neo-gothic and eclectic elements, the Venetian architect Giuseppe Jappelli has made indeed one of the most important Masonic temples in Italy, within which the enlightened Italian bourgeoisie conspired against the Austrian occupation in Lombardo-Veneto area. 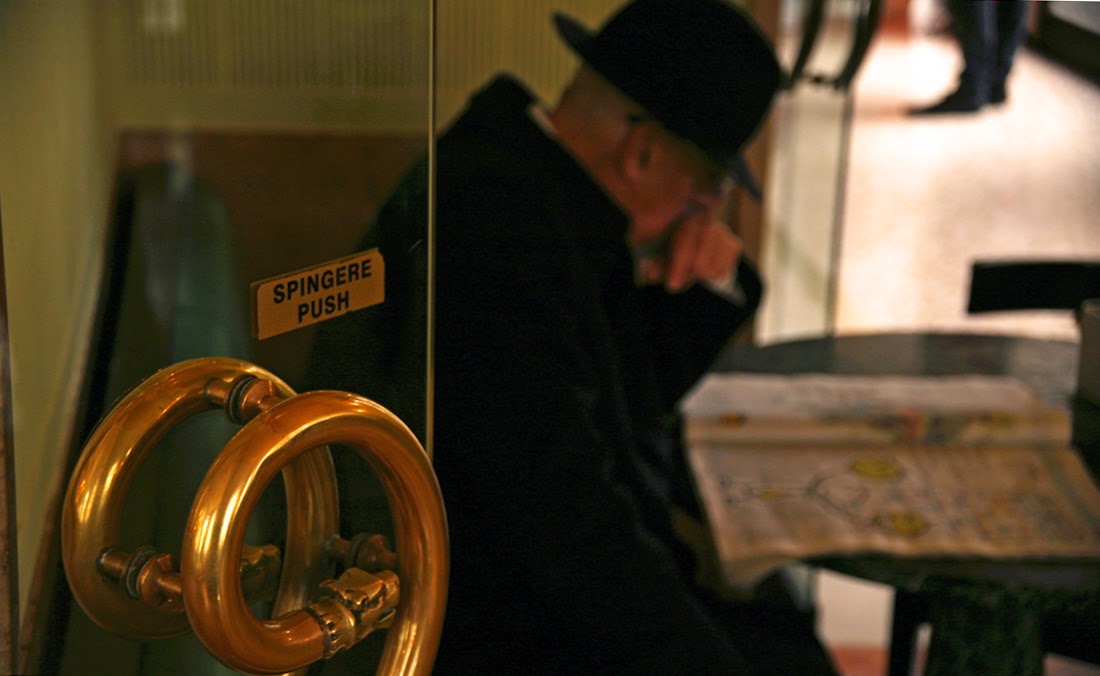 Every detail alludes to a model of society profoundly alternative to that of the Ancien Régime and, not surprisingly, saw consumed in Padua one of the most striking acts of proto-feminism, because of first woman in the world’s degree (1678): the philosopher Elena LucreziaCornaro Piscopia. From the initiatory stairway that, through three rooms decorated in the colors of the Italian flag (Green, White and Red), provides access to the golden floor of enlightenment, to the pairs of handles in the shape of a snake biting its tail (symbol of equality and necessary interdependence between the sexes), Café Pedrocchi proposed itself as a meeting point in the city open to anyone and at any time (until 1916), regardless of class privileges. 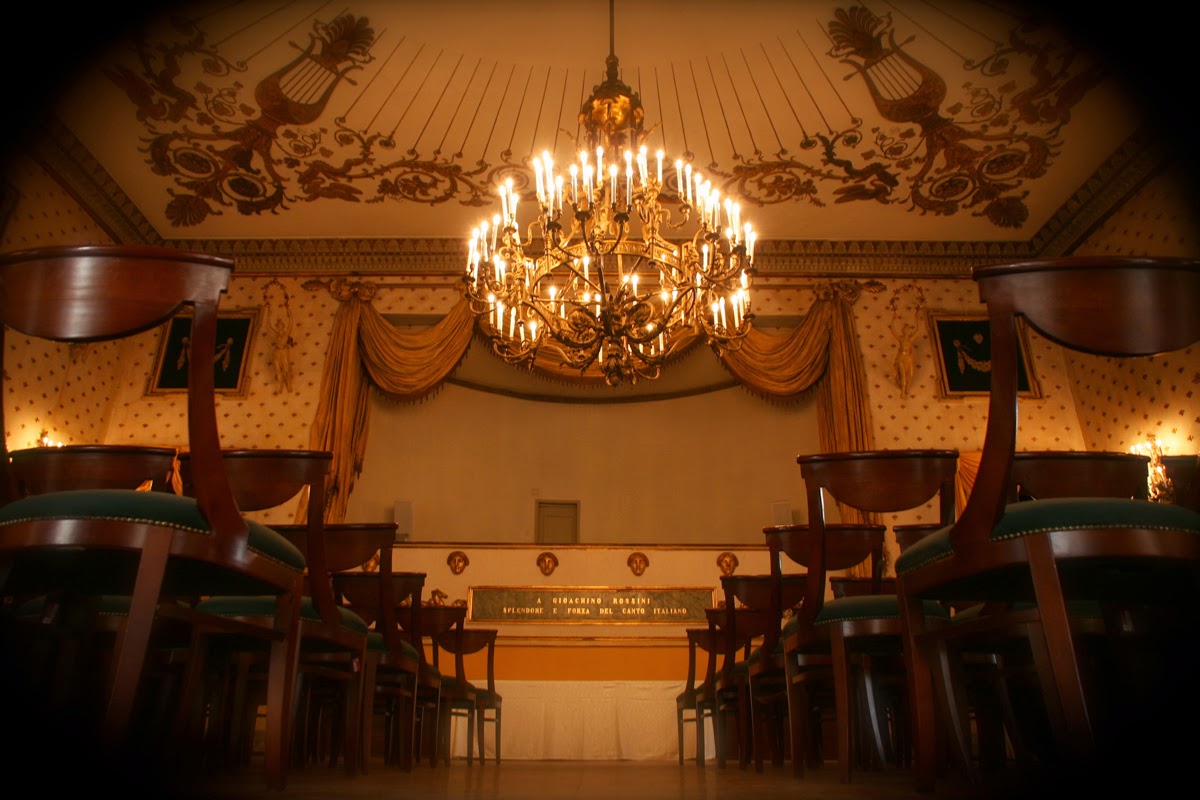 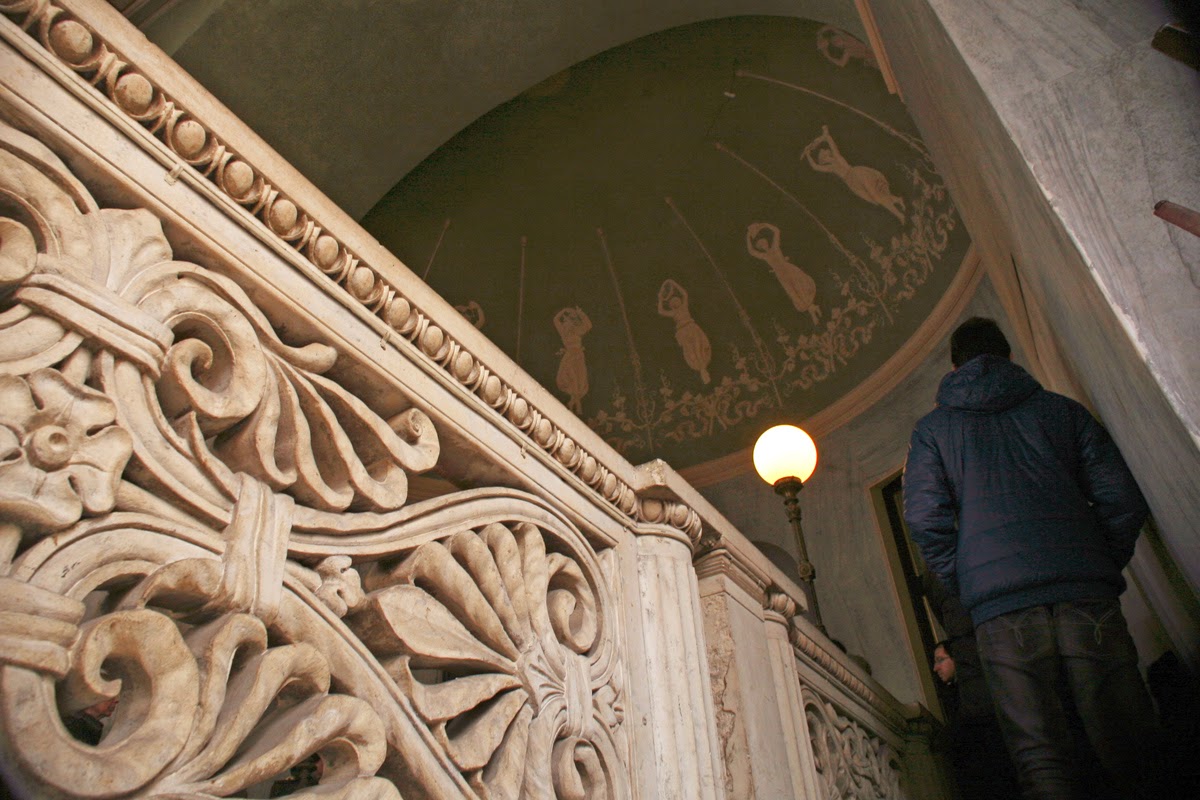 Not surprisingly, even today, the green room entrance (hence the idiomatic expression "to be in green", that means being in financial straits) welcomes guests that can not afford even a coffee, offering them a warm, comfortable shelter equipped with computers and newspapers, in homage to the idea of social redemption by virtue of their own education, rather than privileges' heritage. Pure Masonic philosophy based on French Revolution’s  Enlightenment values, but mythologically attributed to that arcane and mysterious Egypt Belzoni very helped to rediscover in Europe. From external lions that pay homage to goddess Sekhmet, to Isis’s sculptures on the main floor of the coffee, through erotic paintings on the ceilings or architectural references to controversial Dendera’s temple, Café Pedrocchi recapitulates all the different historical humanity’s ages in frescoes and fitting of its rooms: but one of the most profound messages of initiation comes from female bathroom, where a man’s figure - featured typical of Belzoni - raises a curtain to contemplate woman’s sex. Act of recognition needed to restore the unity of shattered origin. 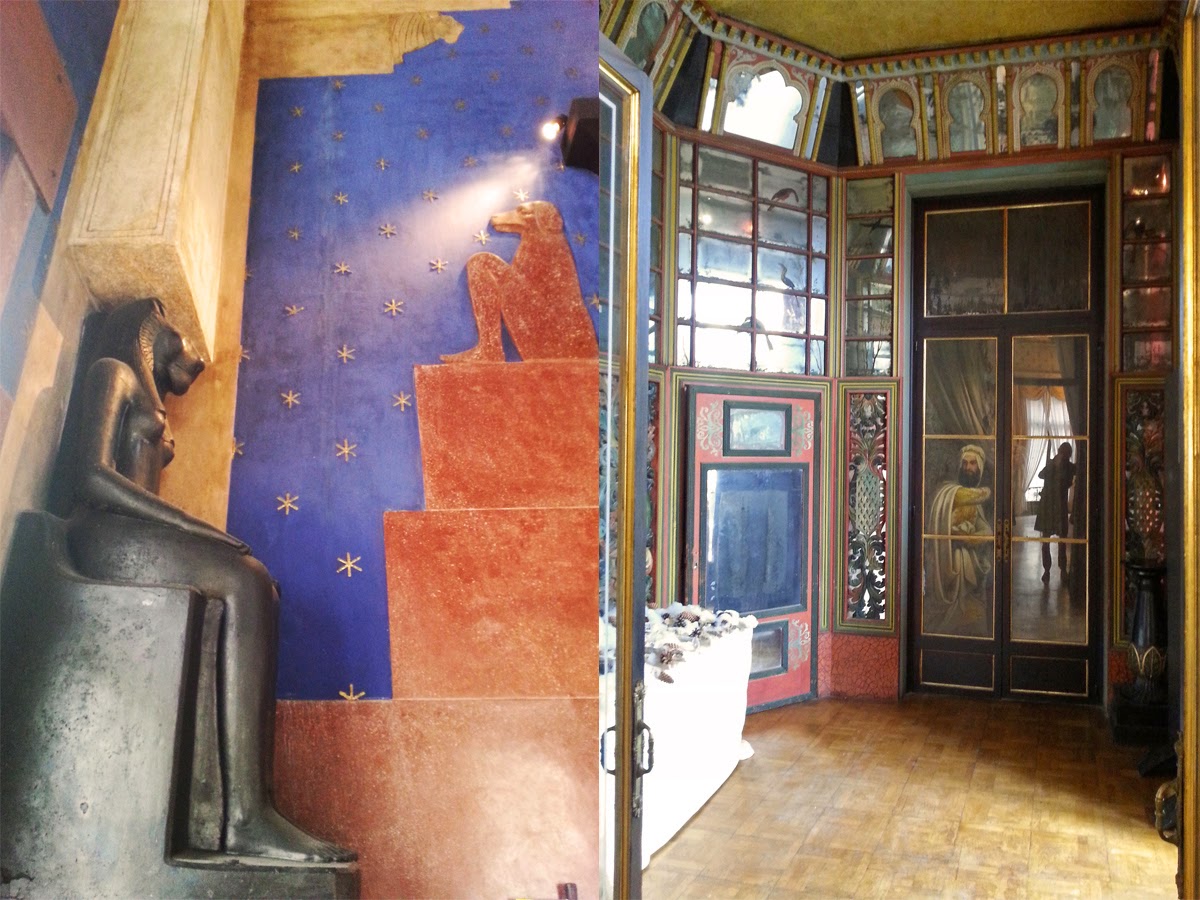 FROM CIRCUS TO PYRAMIDS

And indeed, at the time of his young escape in England, historians attribute Belzoni’s affiliation to Masonic lodges, from which he obtained Knight Templar’s degree, although he then scraped out a living as "Patagonian Samson" at the circus (it was about two meters high), carrying on his shoulders human pyramids of ten people. Assistant in his father’s barber shop, he had improvised himself as monk in Rome to study hydraulic, but he became fond of archeology much more. Globetrotting half Europe, he managed to land in Egypt by convincing Pasha Mehmet Ali’s emissary of its hydraulic skill, but in front of the refusal to finance its projects, eventually found employment as a transporter of exhibits on behalf of the British general consul Henry Salt . 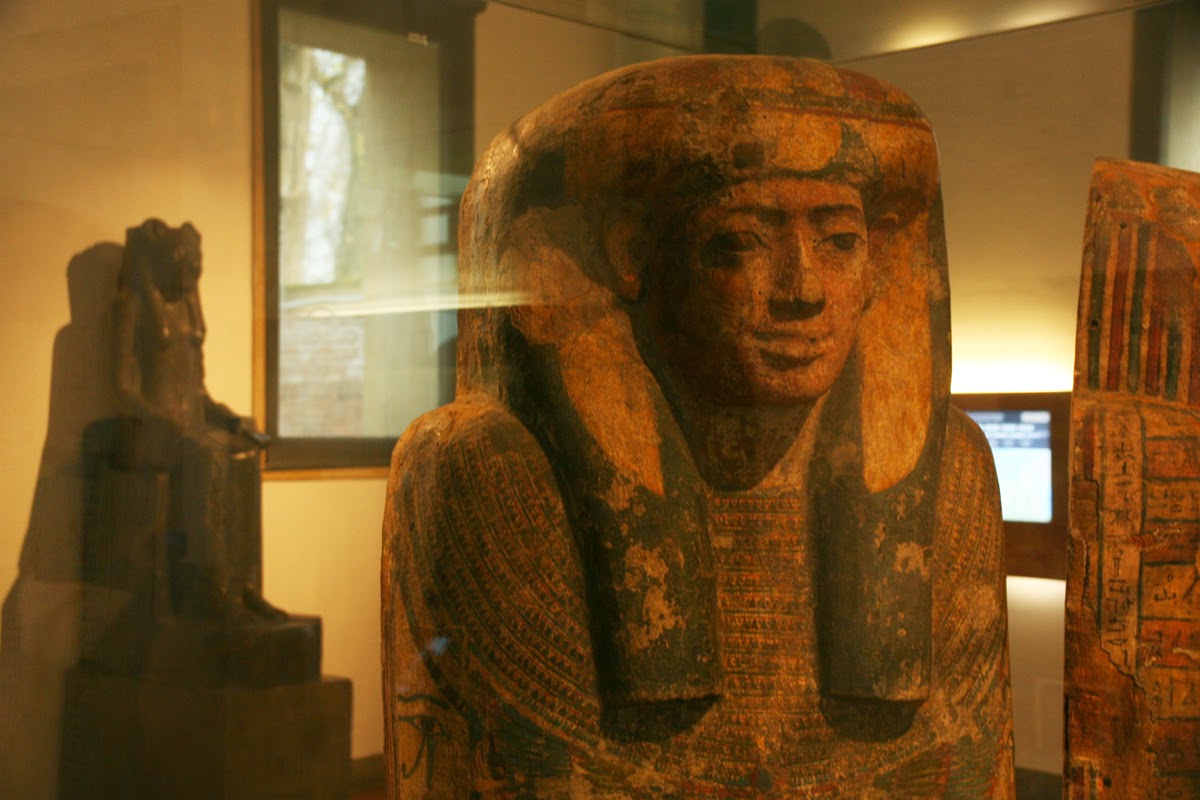 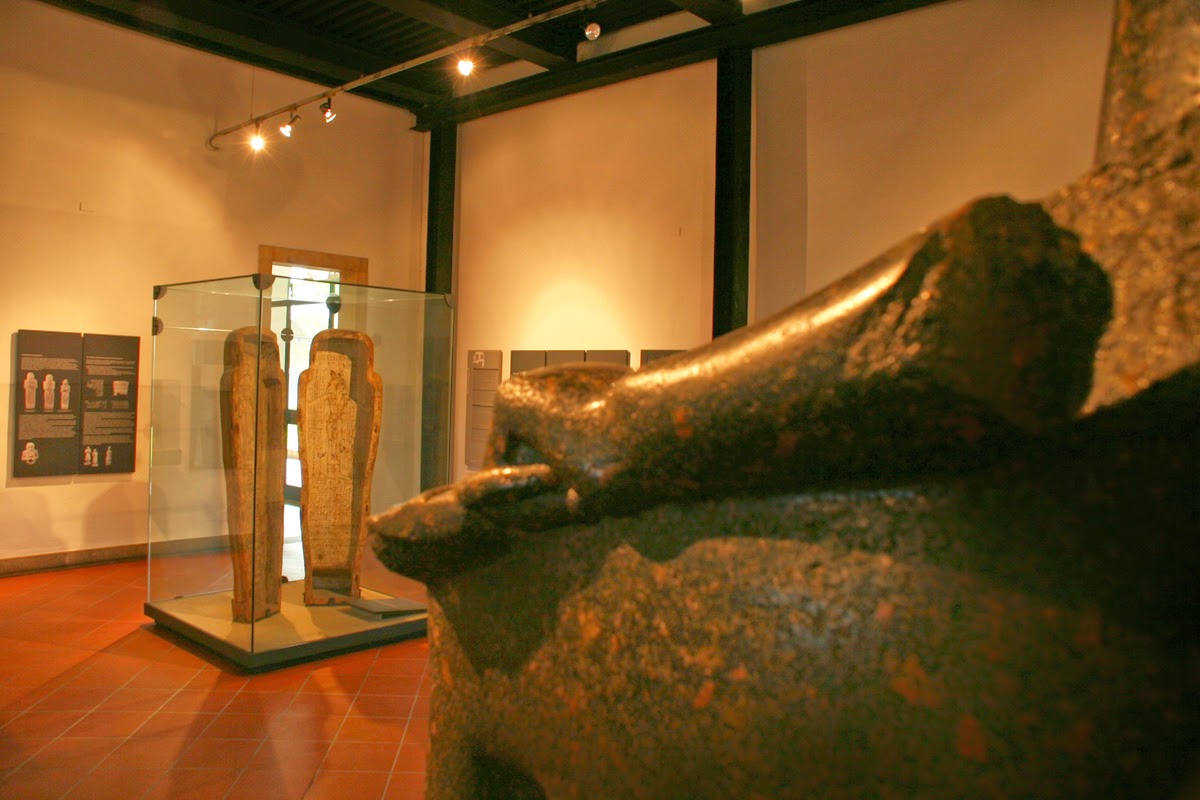 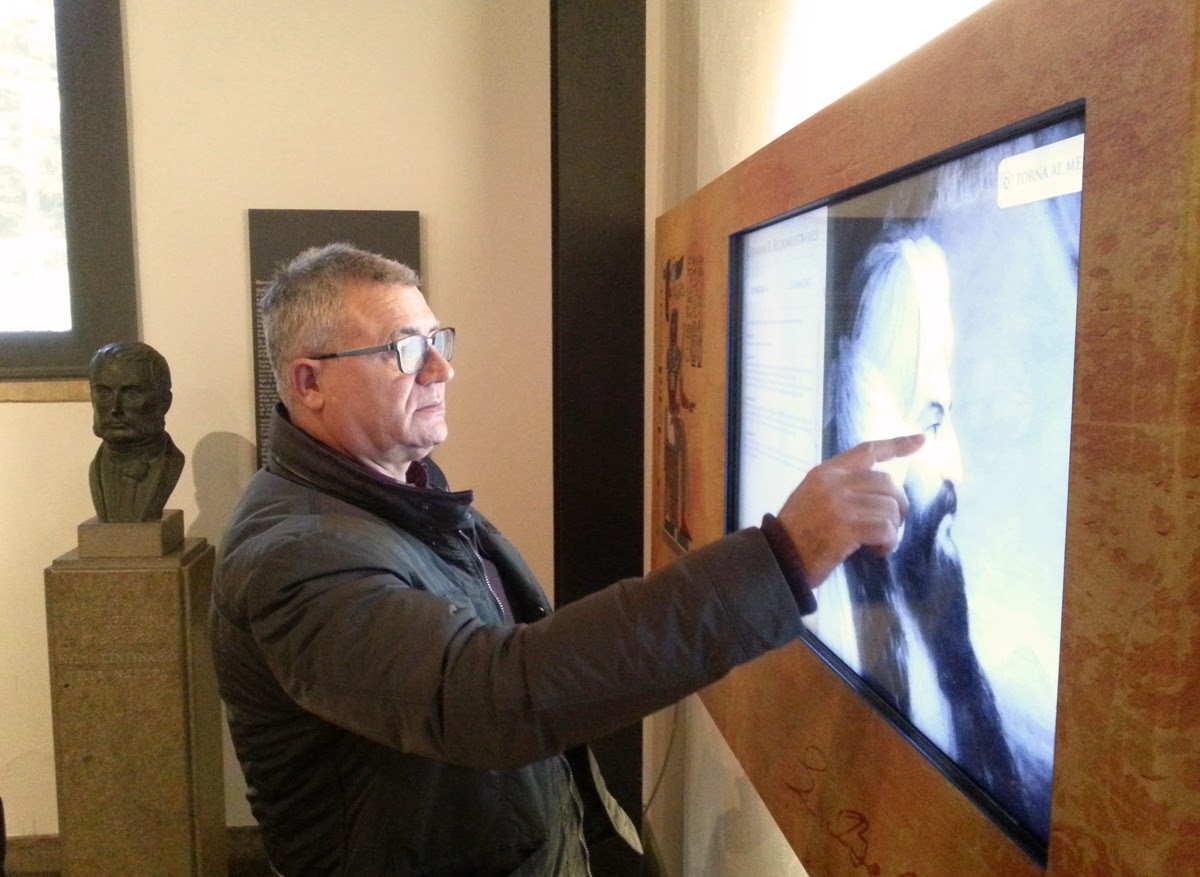 It was the beginning of his incredible adventures that, between 1816 and 1819, allowed him among other things to discover the first tomb in the Valley of the Kings - which was followed by seven more (including Seti’s one, known as "Sistine Chapel of Egypt") - over the entrance to Khafre’s pyramid and the legendary ghost town of Berenice, so as to arouse the jealousy of many of its competitors and compatriots in service of the great powers of the time: first, Francophile consul Bernardino Drovetti, but also former friends Giovanni Battista Caviglia, Sphinx’s first digger, and Alessandro Ricci, author of the precious illustrations about the places visited side by side by Giovanni Battista and then reproduced in the book of this latter "The piramids,  temples, tombs and excavations, in Egypt and Nubia" (1820). 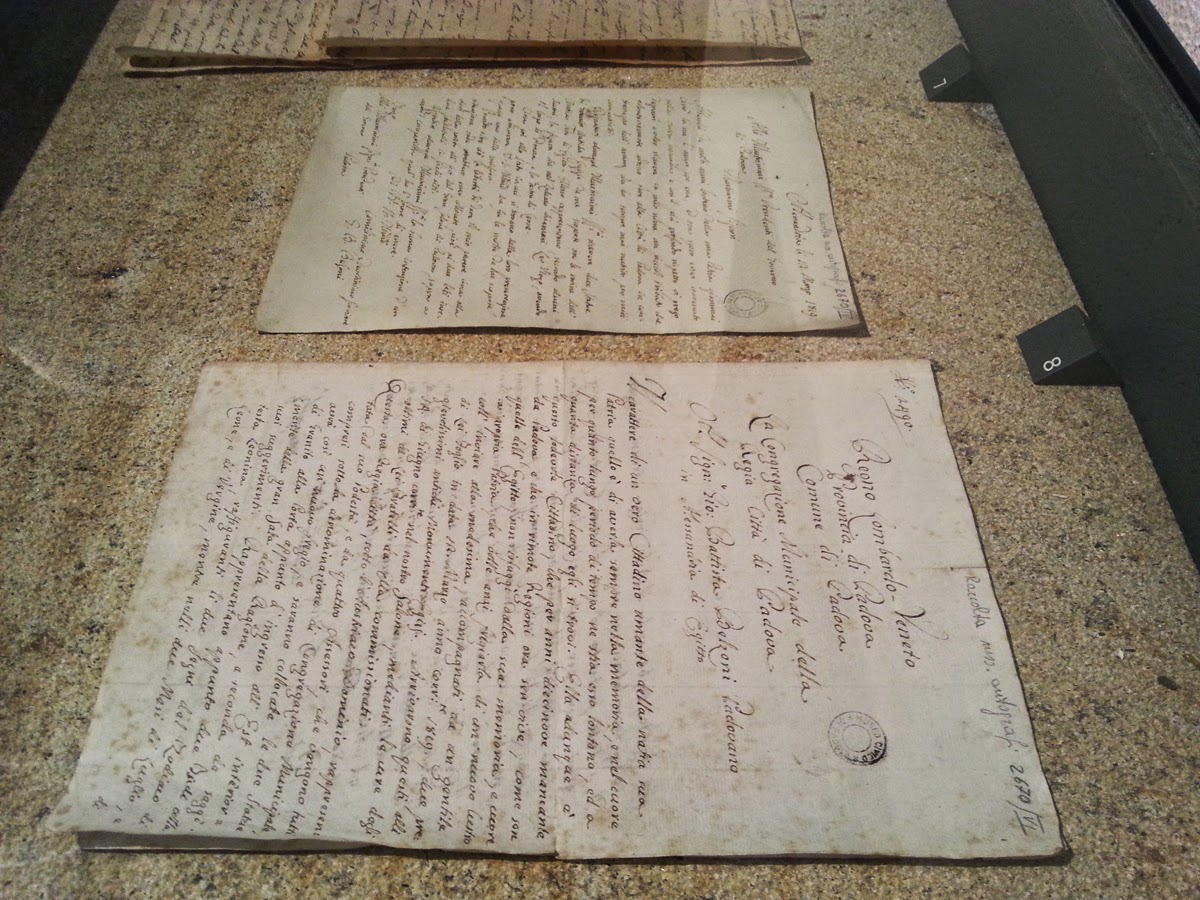 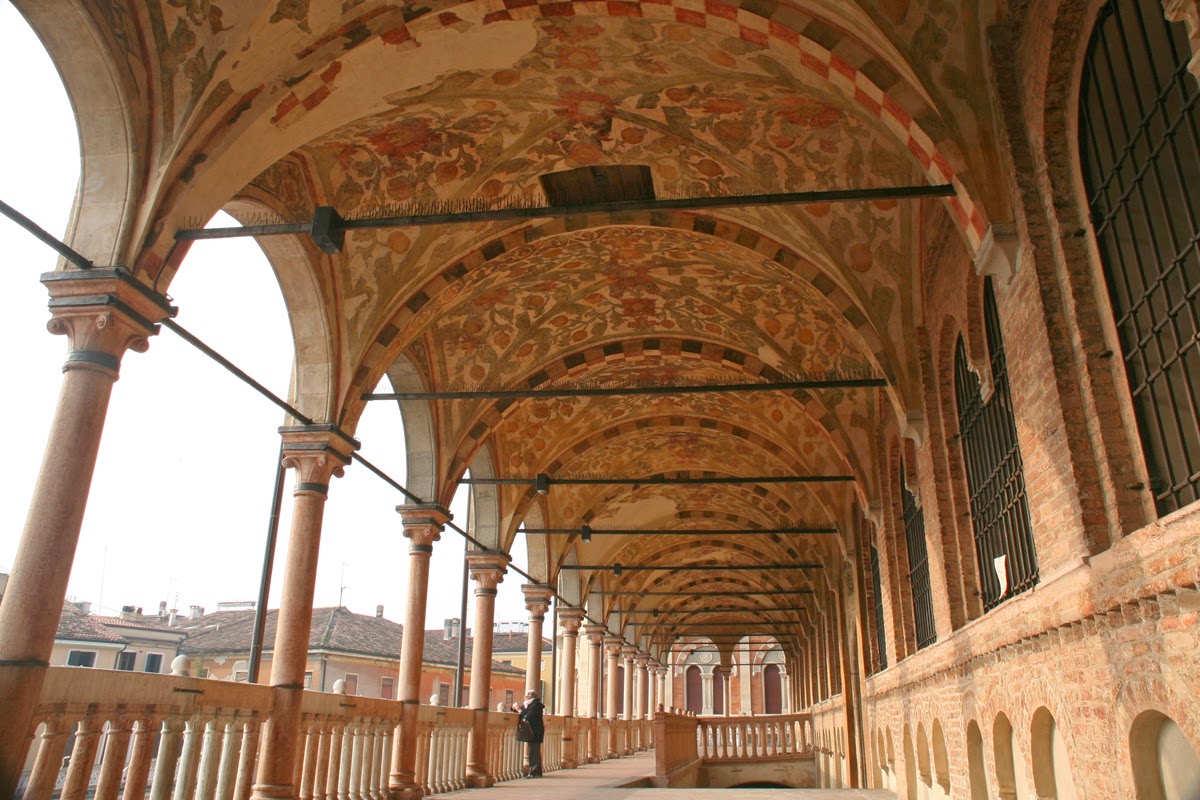 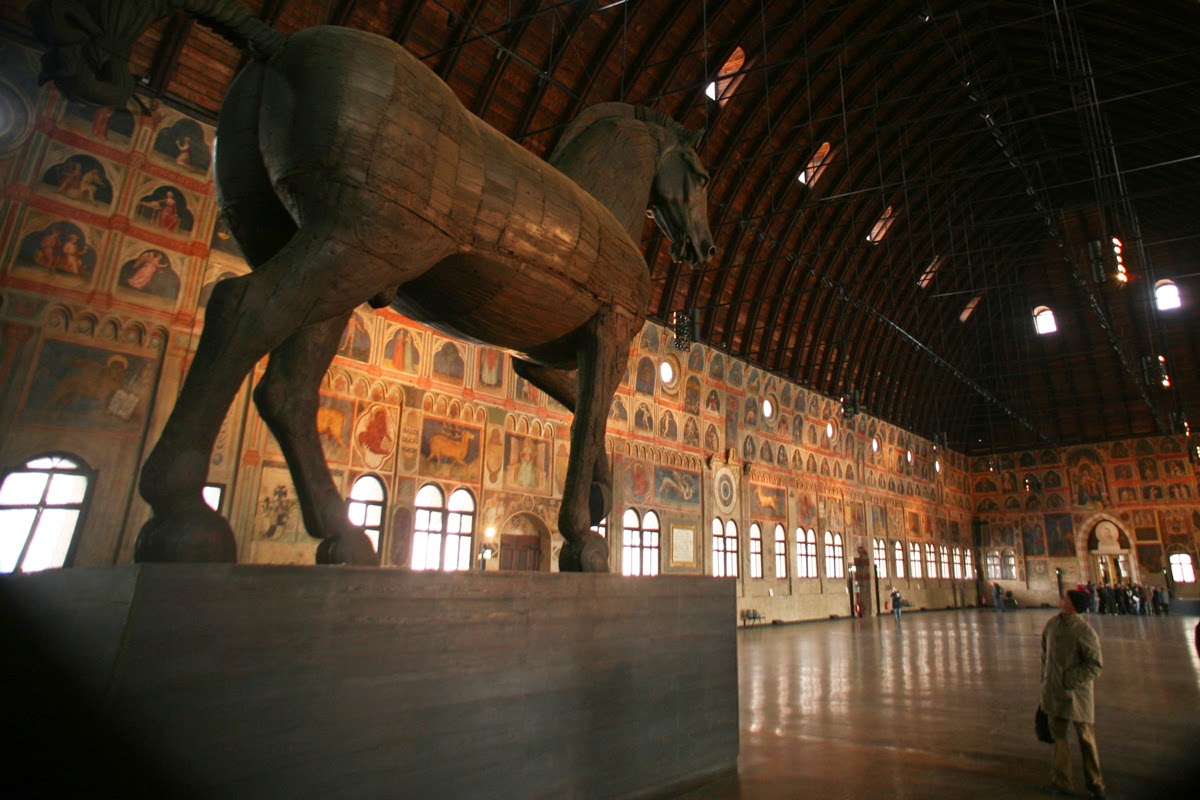 Some of the remains of these trips, which from an economic standpoint proved far more costly than coveted material advantages, are now gathered at the Archaeological Museum of the Hermits, where there are two splendid lionhead-shaped statues of goddess Sekhmet, along with Aramaic papyri from island Elephantine and some explorer’s autograph letters. But even more than the plaque affixed to his birthplace at number 42 in the same name street, it is definitely the locket carved marble in Palazzo della Ragione celebrating the achievements of Padua’s adventurer: intended to court and embellished with an enigmatic cycle of 300 paintings inspired by astrological influences on man, the largest pensile building in Italy (and, at the time of its founding in the 1100s, in the world) sees Belzoni silhouetted on the gate that symbolically faces east. Apart from some specialized studies, including a work issue about his travels by Alberto Silotti,  the son of Padua still benefits from greater popularity in Britain than in Italy, thanks to the TV series "Egypt", produced for the BBC, and the lucky Stanley Mayes book "The Great Belzoni. The Circus Strongman who discovered Egypt’s Ancient Treasures".


On the other hand, the story has been stingy with Belzoni to the last: lunging at the discovery of Timbuktu and River Niger’s sources in 1823, ready to take the opportunity to patch up its disastrous finances, the Giant Paduan met a premature end. Some say he was struck down by dysentery in the village of Gwato,  in Benin kingdom, but already a few years after the explorer Francis Burton  fueled the suspicions of his murder by treachery to pounce on the assets of his expedition. Controversial predator of finds and tombs, Belzoni could not expect different fate. But for this extraordinary character, able to embody the romantic myth of the glorious and tormented hero, it's finally time to come back home. 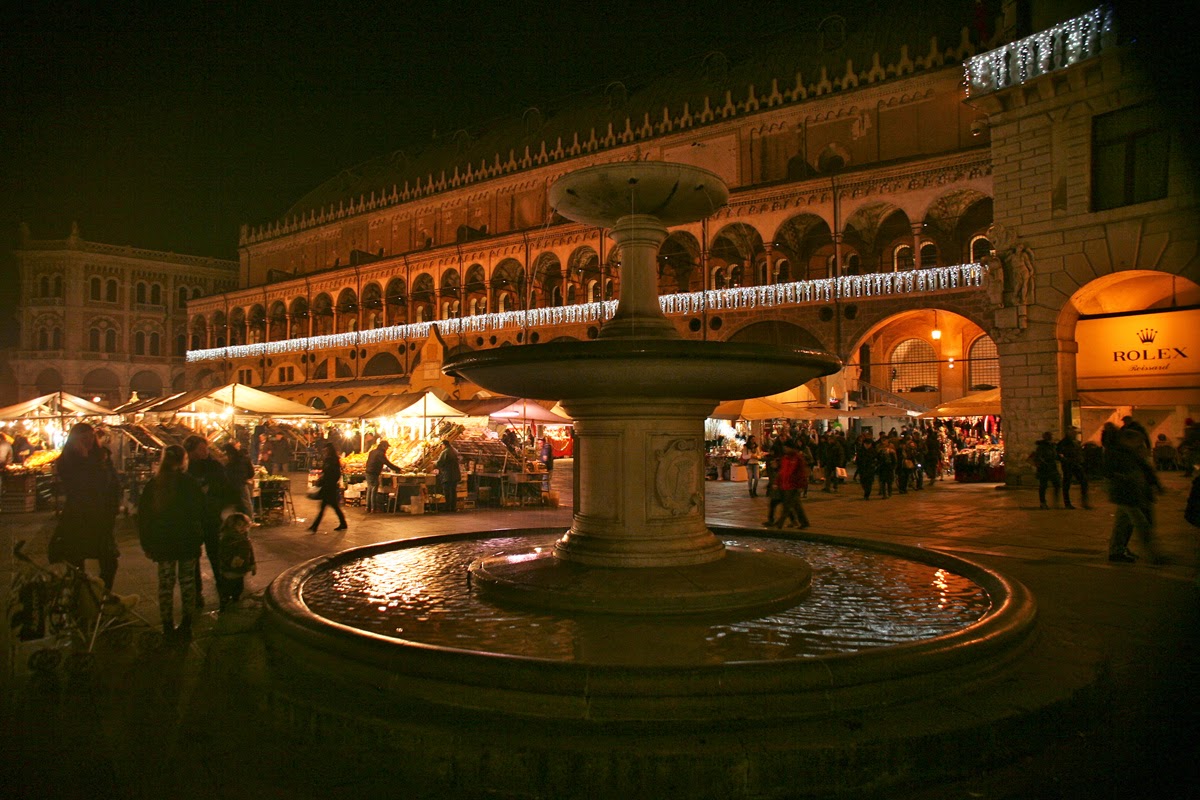 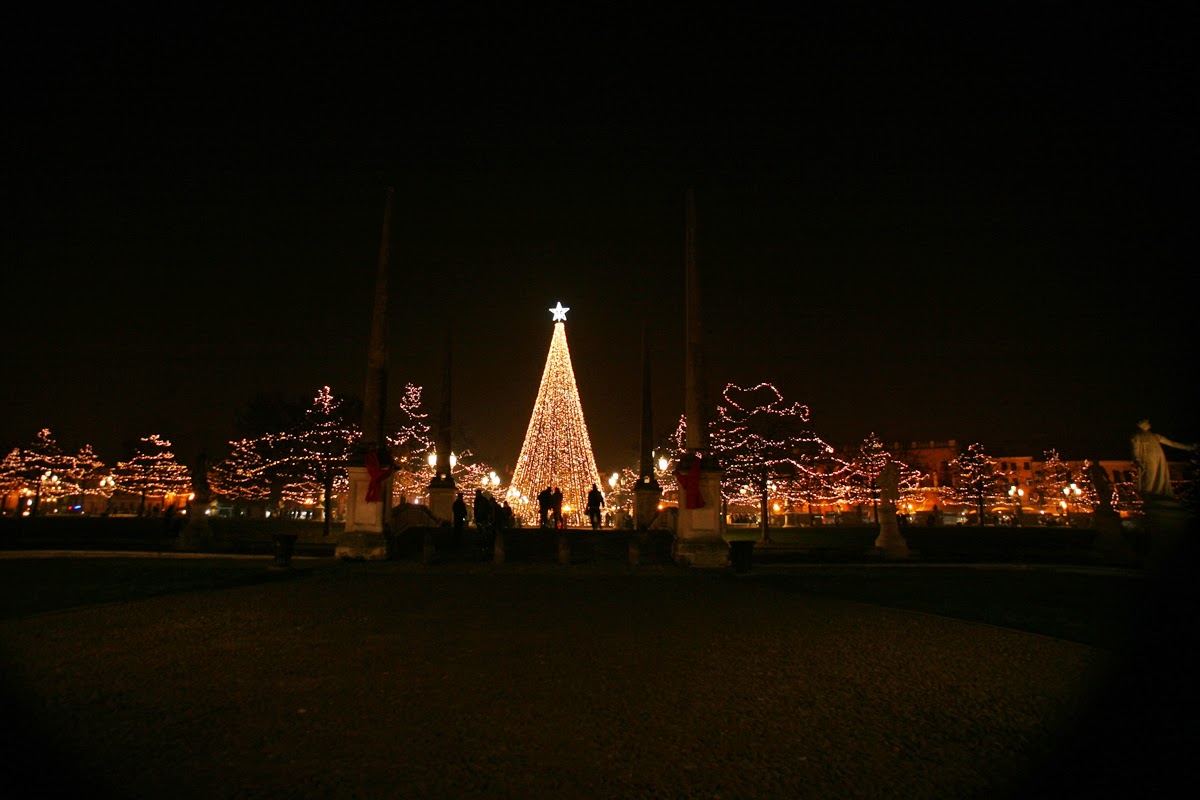 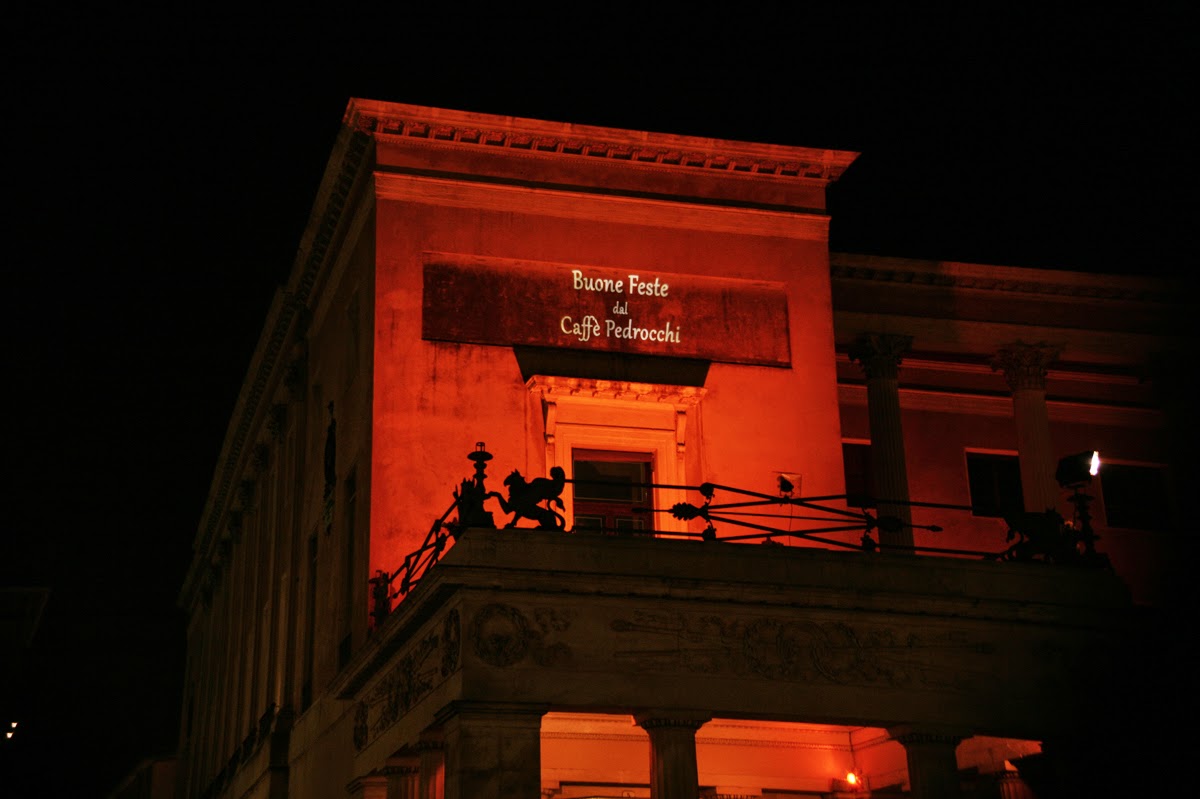 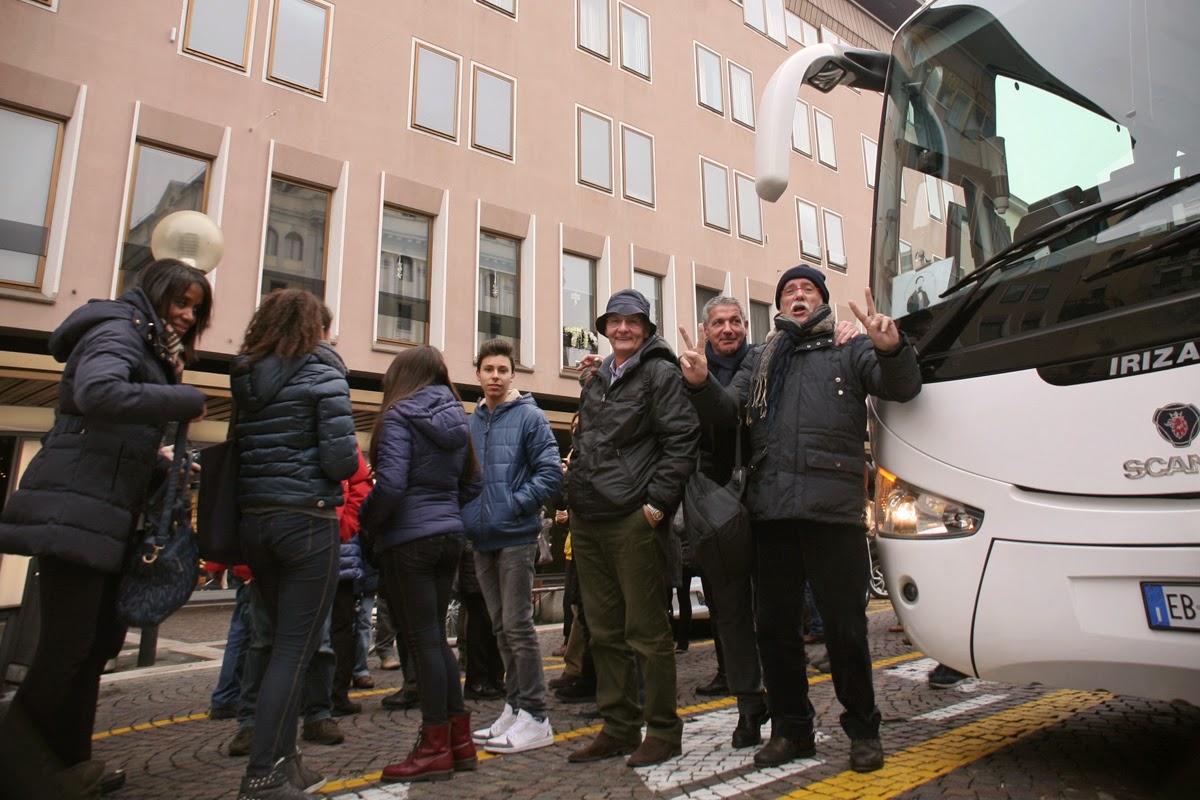 Posted by Altrimenti at 3:30 PM