KARAIMU STREET, WHERE THE OTHER EUROPE LIVES 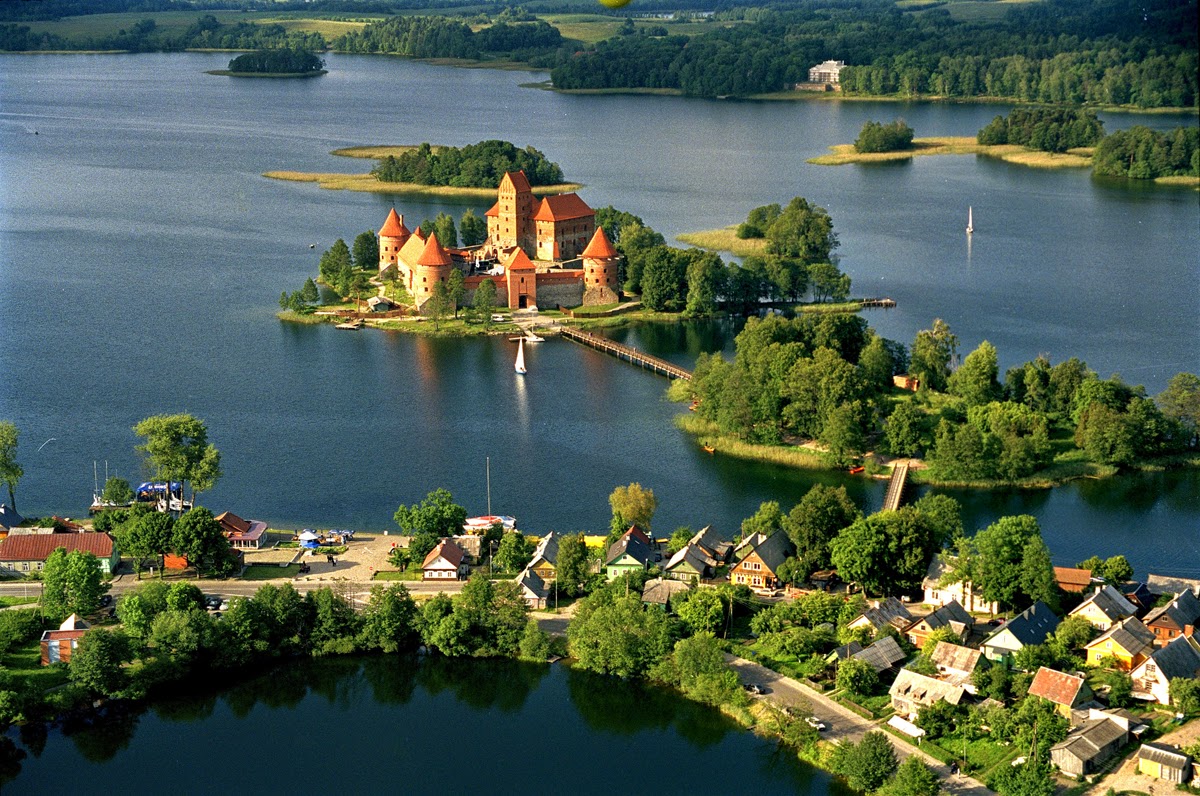 Link to the original Italian text
The fame of Jurij Shpakovski’s restaurant, director of "Kybynlar" in  Trakai,  is broadening very beyond its highly appreciated lamb’s ravioli, the spicy crescents kybyn. Since Crimea has returned under Russian administration, due to the Ukrainian political crisis, the discussions on its lacquered wood tables - or in front of an inevitable shot glass of herbal and roots liqueur Karaimu - often recall the times of Great Lithuania. 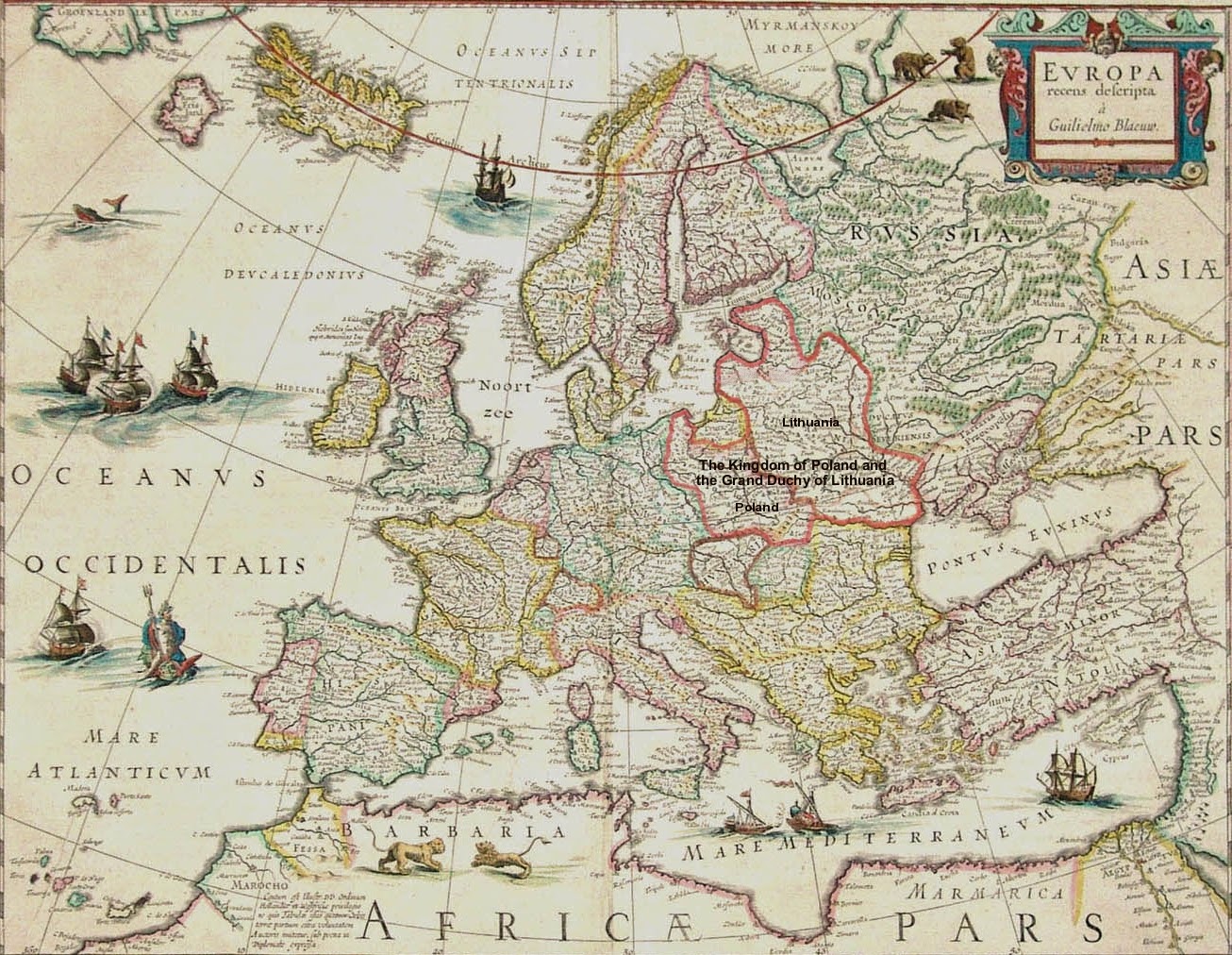 Moving from far Crimea to Grand Duke Vytautas’s castle in 1397, when Lithuania’s borders stretched from the waters of the Baltic to the Black Sea, the ancestors of today Karaites chefs were greeted not just as the most trusted military escort of the crown, but also as skilled dealers in making Trakai a strategic crossroad for the whole Europe. 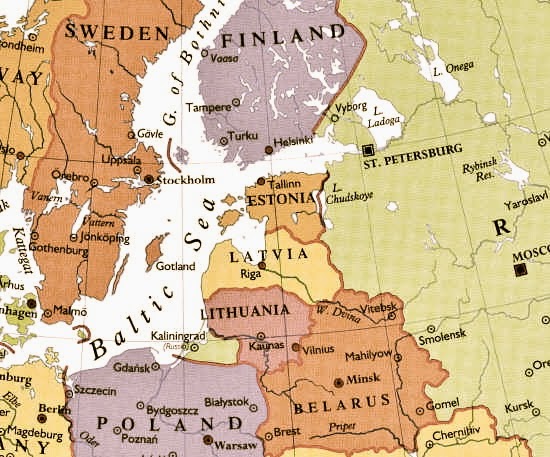 Then it is not a coincidence that, just today, Crimea’s geopolitical fate is played between mouthfuls of Ajalyk or the uncovering of a steaming Canach. Between a traditional dressed dance and exhibitions of flying swords. But, above all, it isn’t a surprise that you can count mainly Russians and Italians (best international arrivals performers 2014 in Lithuania) among Karaimu street's habitué: "if annual visitors to the small Baltic republic scored about 1 million tourists (+ 12% on 2012) - confirms Indre Slyziute, ceo specialist of the Department of Lithuania’s tourism - only between January and June Lithuania has given its welcome to 12,880 Italians (+ 35.7% and 28,000 overnights). A record result which prompted also the country to the 3rd place among the "best destinations by Lonely Planet”. Many reasons have been proposed about the incredible popularity of the small Baltic republic, ready to adopt euro as its official currency from the 1st of next January. 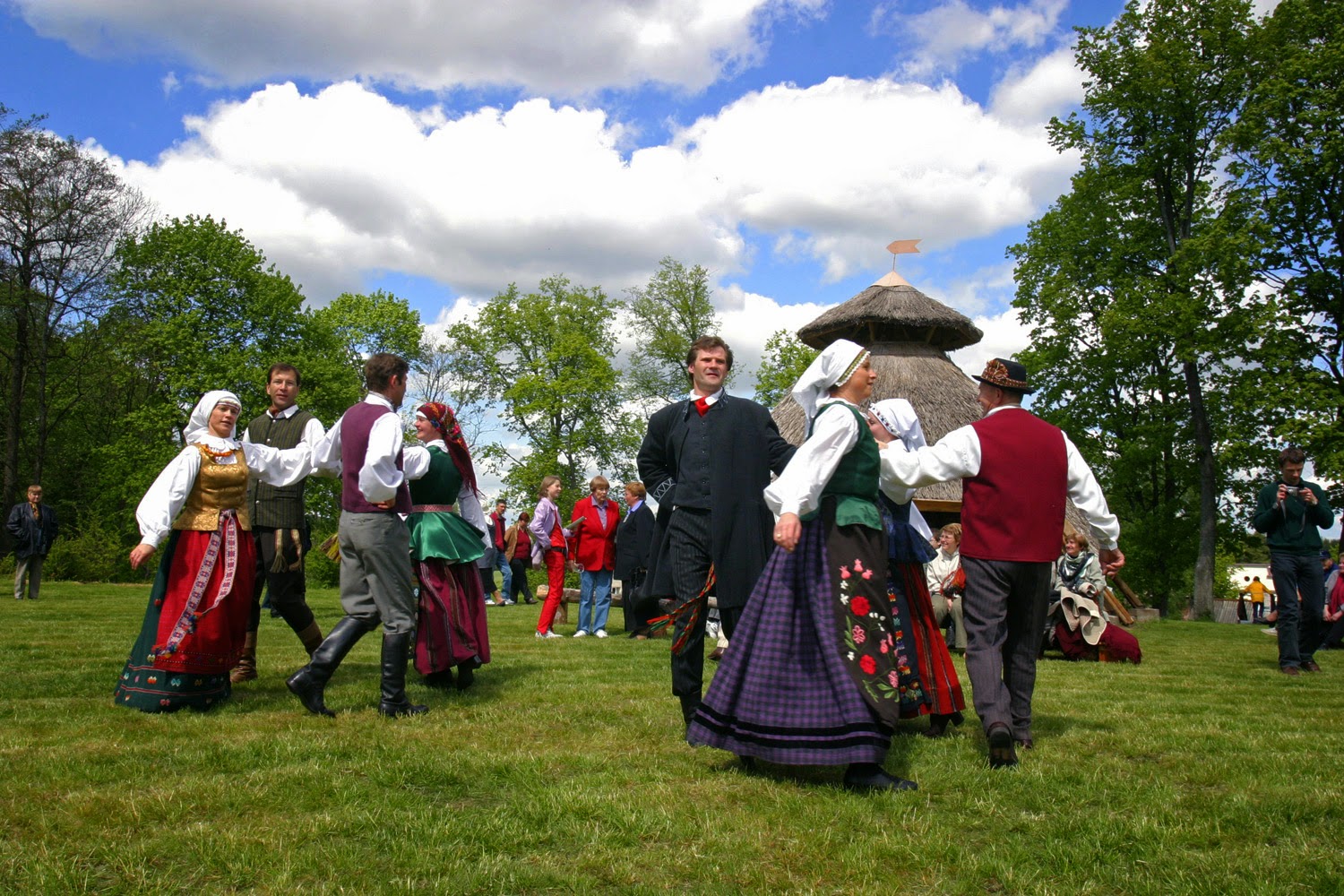 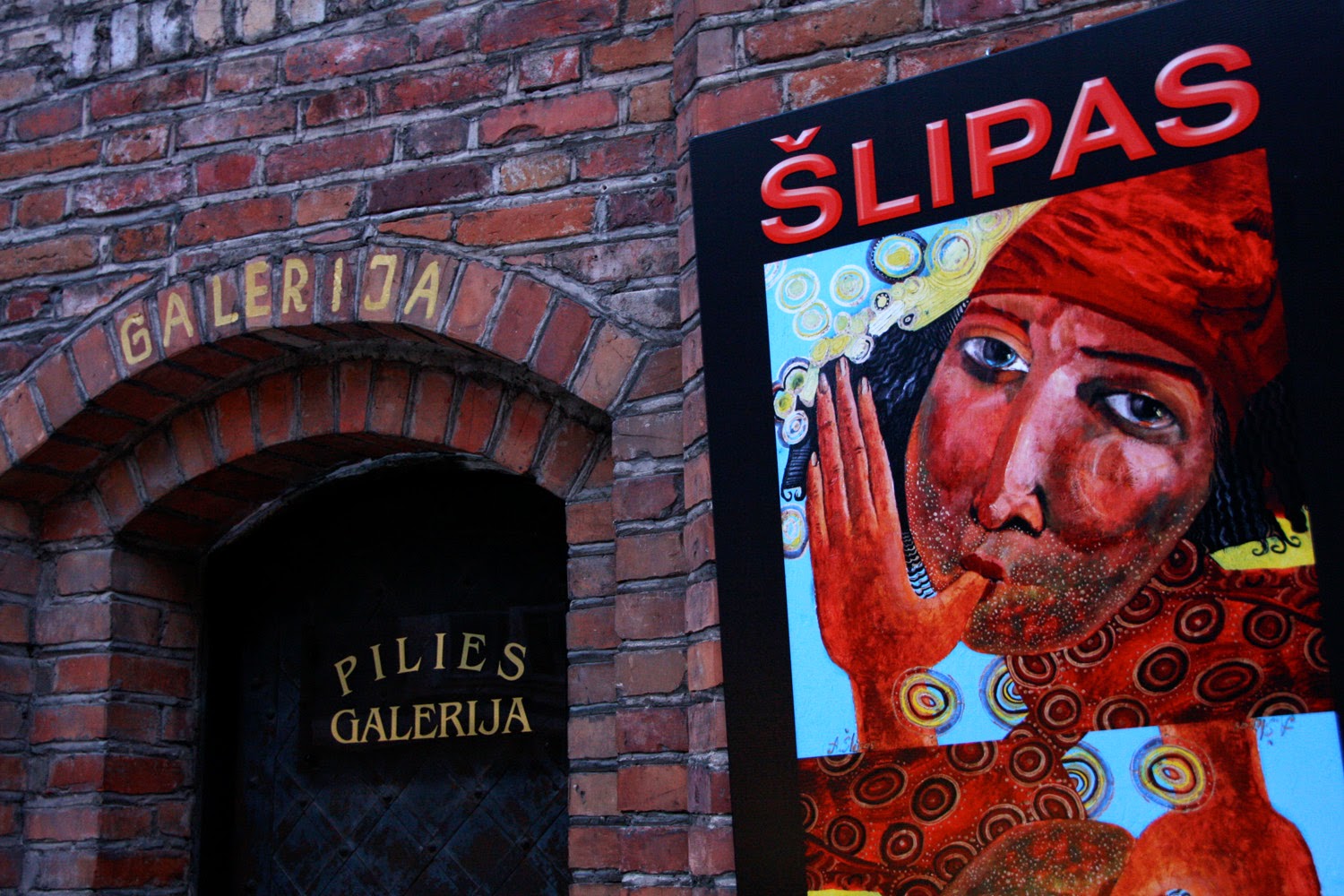 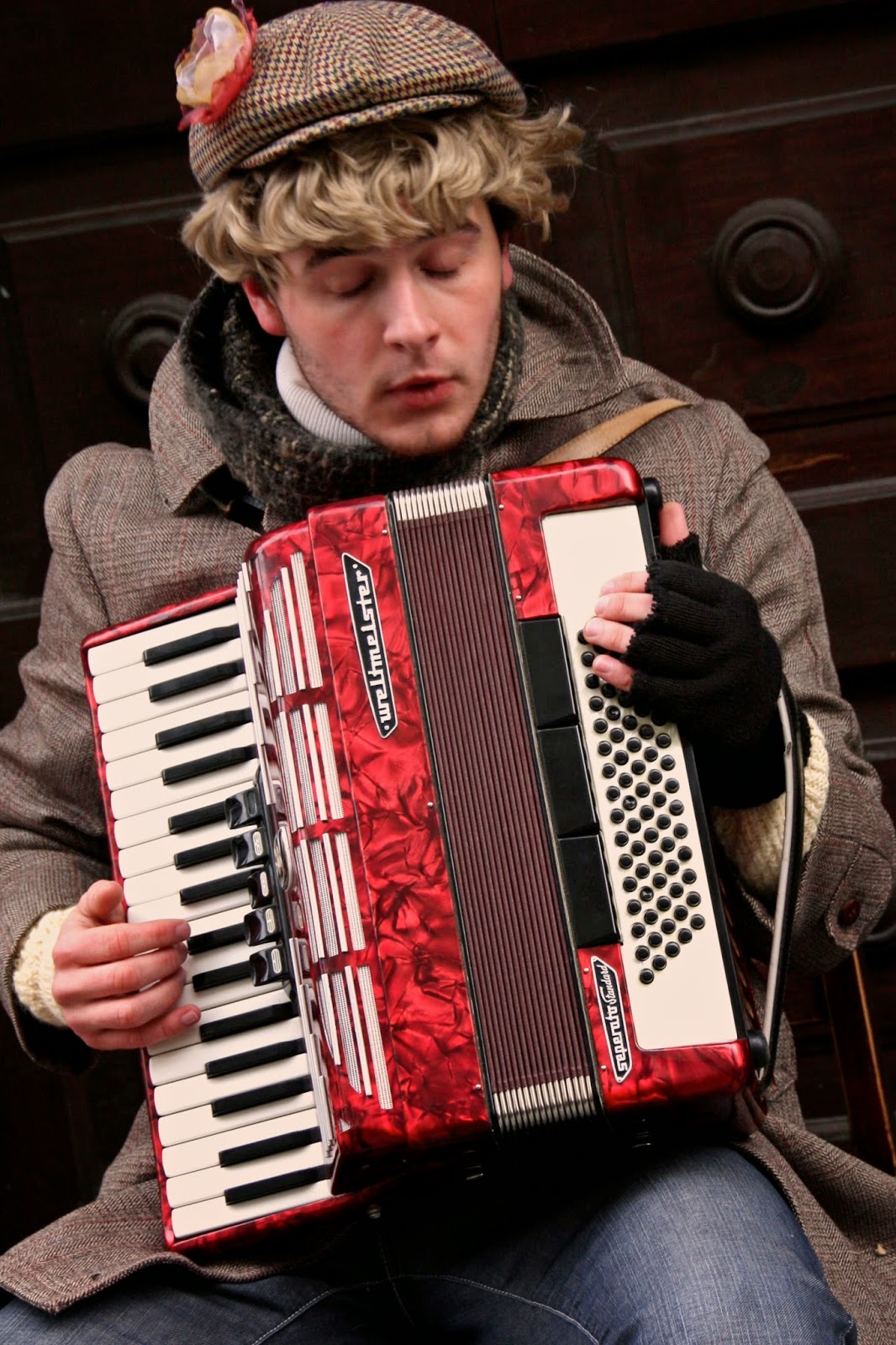 Someone has appealed the original trends launched between the medieval alleys of Uzupis  the "free republic" of artists in Vilnius; someone else believes it depends by Lithuanian folk festivals’ uniqueness, thanks to its renowned carnival Uzgavenas  St. Casimir fair or Tymas market; there are those who rely on the longest footpath in Europe, the Suvalkija Kaunas, or on the spectacular migration of birds over the moving dunes of Curland’s peninsula; calling into question the great Lithuanian archaeologist Marija Gimbutas  others point out the contrast between the impressive display of the Hill of  Crosses and the survival of ancient pagan cults near Kernave,  Unesco cultural reserve where ancient settlements dating back to Mesolithic are still preserved; there are finally those ones who exalt the new project "World Amber Road", involving Lithuania as the main country devoted to the worship of the golden resin. Undoubtedly each guards a piece of truth, but behind the formidable success of "Likeable Lithuania Campaign" is also and above all the troubled romance between Prince Anatoly Nikolaievic Demidoff and his second wife Mathilde Bonaparte.

No, no. Nothing to do with a tear-jerking soap opera. Nor a pressing inheritance among blue-blooded descendants. 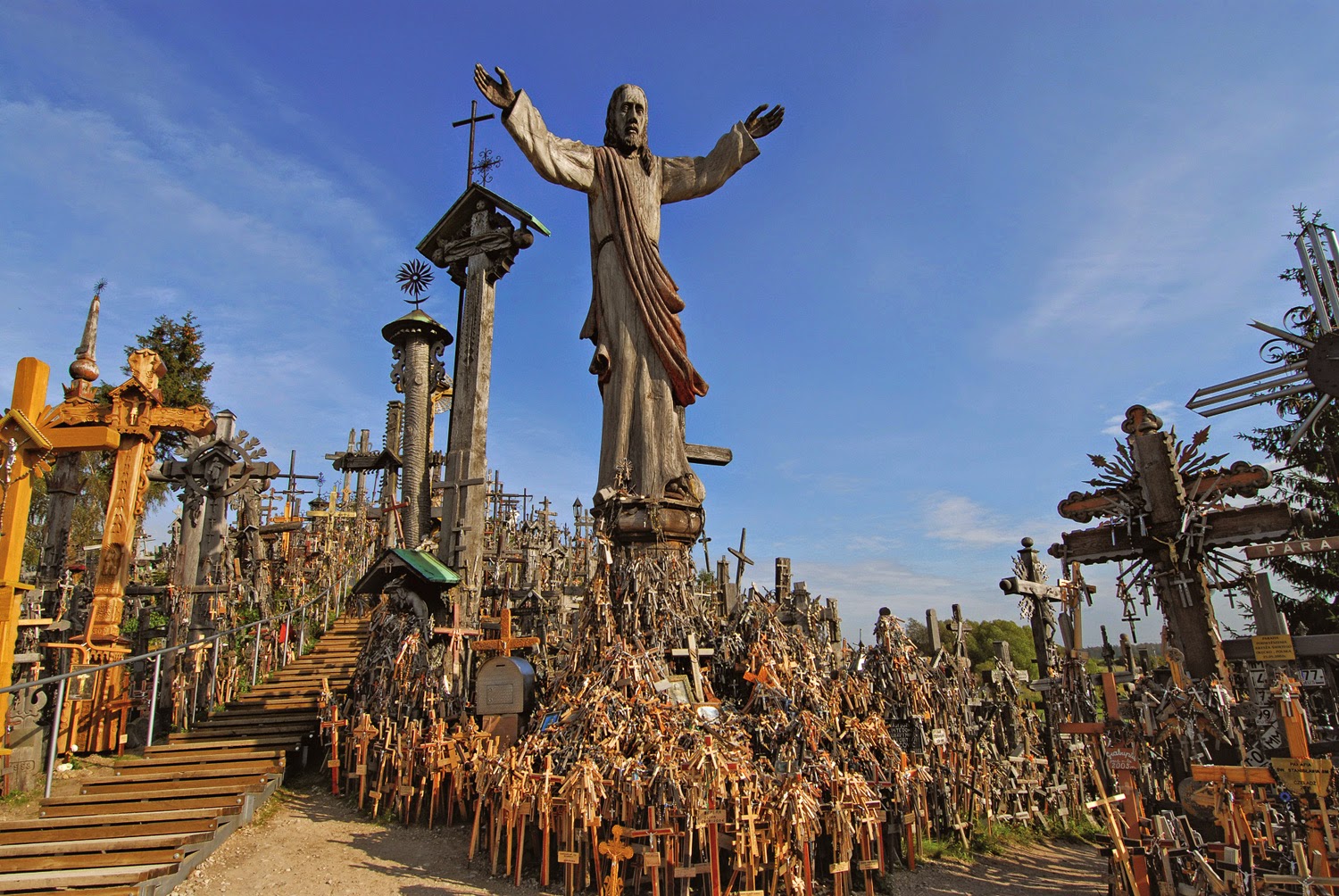 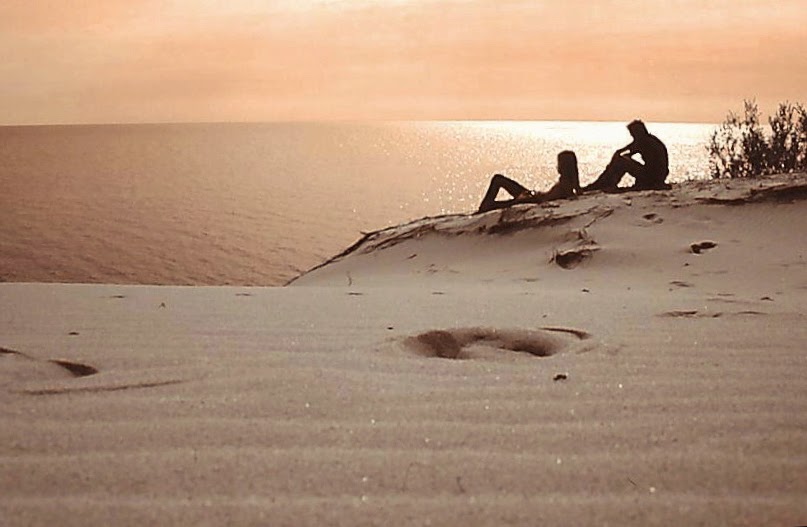 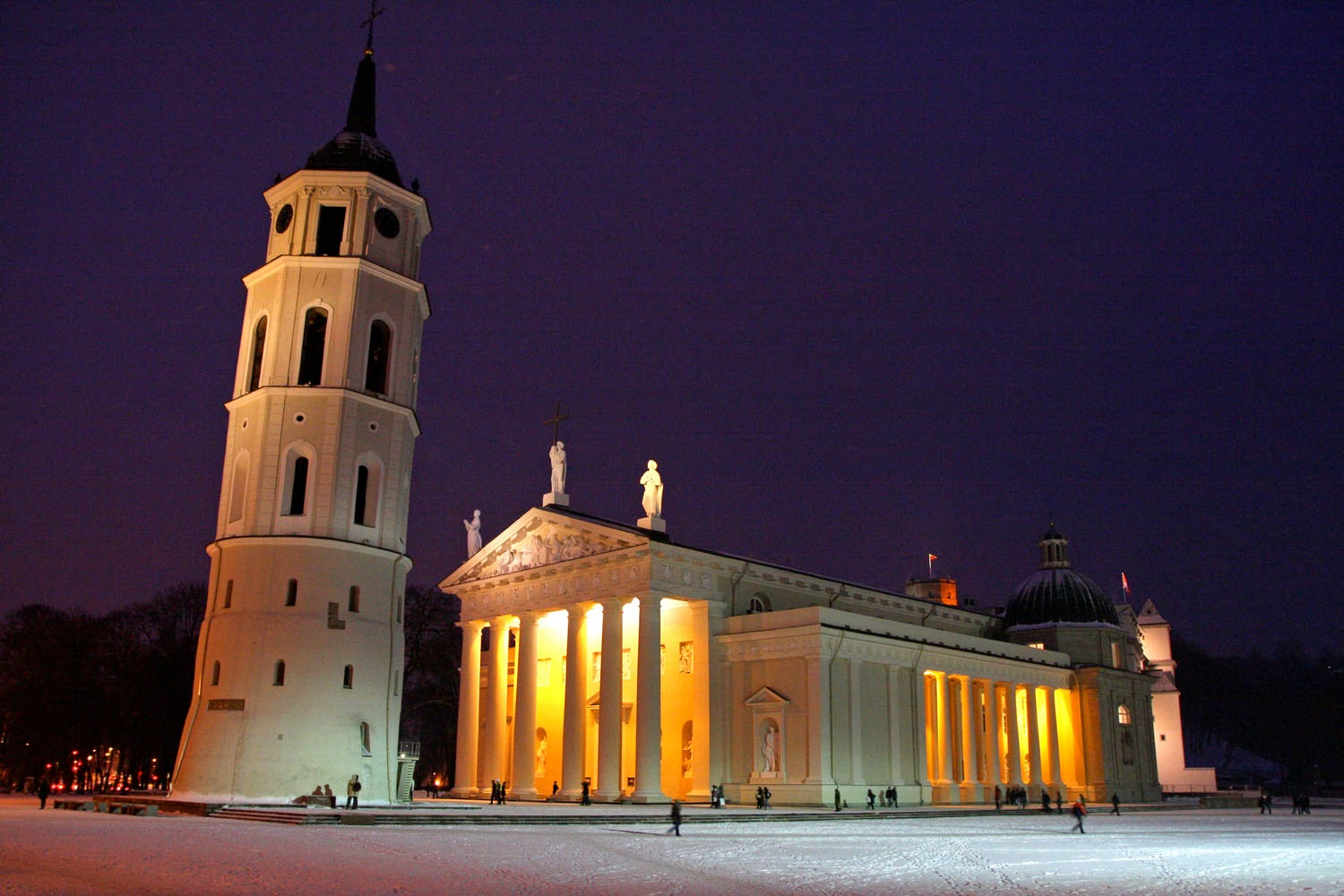 Everything about, rather, an exceptional work of an aristocratic Russian, written just after an adventurous journey in the tsarist empire between 1837 and 1838: "Voyage dans la Russie méridionale et la Crimée". Four volumes dedicated directly to Tsar Nicholas I and accompanied by more than 100 luxury lithographs, whose flashback has recently invited to put up for auction even a letter signed by Anatoly Nikolayevich (through Antiquarian Bookshop Gonnelli, in Florence). Just reading a few lines to realize the true value of this work. 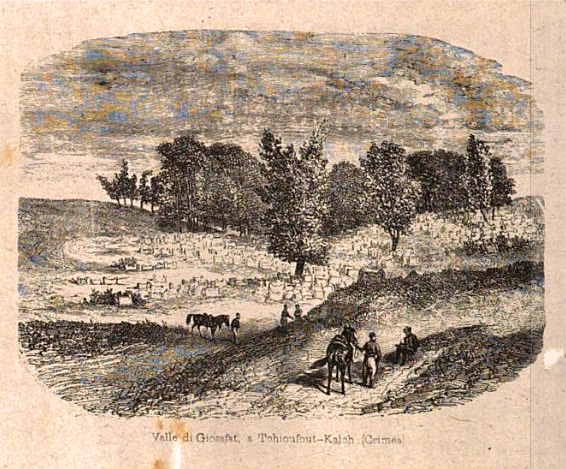 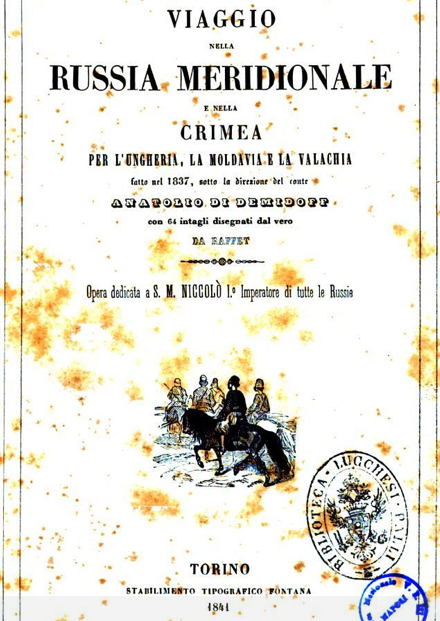 "Karaites, pursuing their dogmas, follow the letter of the holy book; reject the Talmud and rabbinical commentaries; their name’s root came from the word kara (writing), instead. However, the fundamental basis of their belief is not the only difference separating Karaites from pure rabbis. Some differences in the liturgy, in the way of circumcised, in the fact of the food, and finally in the degrees of consanguinity allowing or prohibiting the marriage, mark a deep line between these two hostile sects. If a man can still notice a remarkable difference between these two factions of the Jewish race, we will say that Karaites, among the regions where they spread, have a firm reputation for probity, blurred by very few spots". 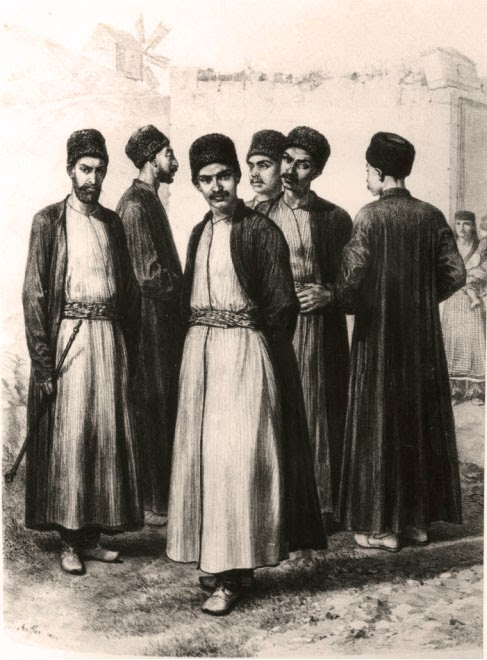 It is one of the first anthropological and Europewide descriptions on Karaite’s minority group. It is also an accurate example of research about the not mythical origins of this ancient Jewish worship, that arose in Mesopotamia in the eighth century and, from there, then spread into several communities, including Crimean Turks. In order to avoid the risks of periodic anti-Semitic attacks, Abraham Firkovich put his hands on Crimean Karaites’ origin, distancing himself from the original Hebrew tradition and being recognized in 1863 as a separate ethnic group. An escamotage of long view: when the Nazis occupied Crimea during the Second World War, they decided in fact to save the Karaites. 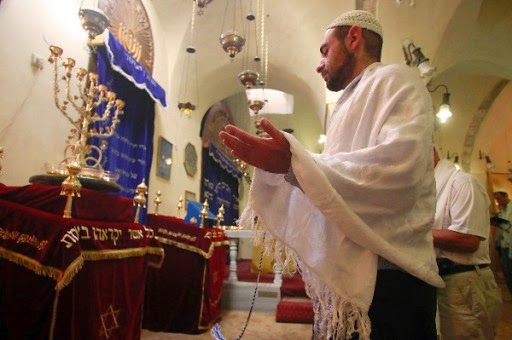 "Those same lovers of the written word of the Bible who - adds Pawel Jeglinski, Lithuanian Tours’ historical expert - almost half a millennium ago, emigrated just to Trakai in tow of the Grand Duke of Lithuania and built the curious alley leading to his castle: a succession of small, colorful wooden houses, each of them with three windows on the main facade. One for God. One for the Duke. The other for friends. Neither it lacks there the venerated Kenessa, the temple where you can only find uncommented copies of the Torah and where years are counted according to the cycles of barley". 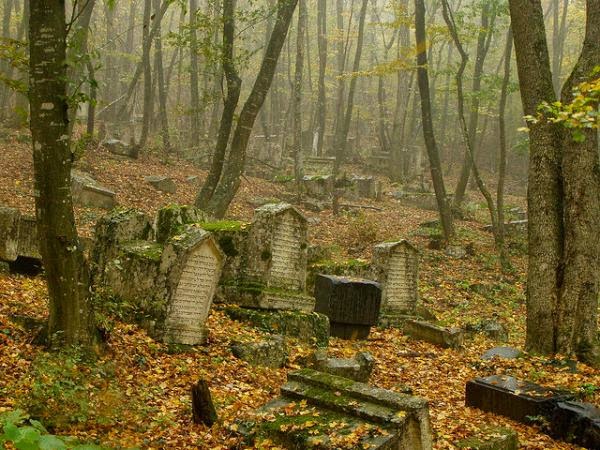 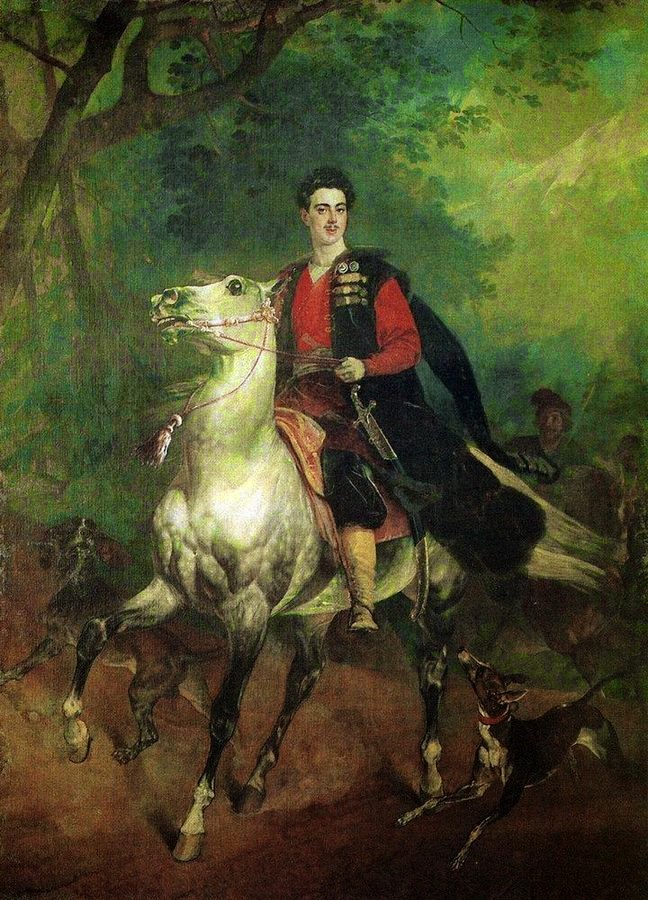 Today the delegations of Crimea visiting Trakai bring news full of expectations and they are making Trakai the hot spot in the debate about the rights of minority groups: the rapprochement to Russia has in fact brought the legal recognition of indigenous ethnic group’s status to Karaites, taking away about 800 Crimean residents from the risk of being targeted by the extreme right militants in the new Ukrainian government. The bimillennium cemetery, formed by more than 7 thousand tombstones with Hebrew graffiti, the most sacred site of pilgrimage for all the Karaites, is safe. The olds even hope that the special attention reserved for them by the Russian government (pledged to rehabilitate its image as guarantor of minorities) results in the reopening of the ancient Kenassa in Simferopol (which became a radio station in Soviet times), so that it can affirm a new brotherhood with the ones of Trakai and Lodz, among the most important in Europe. On the other hand, by the Empress Catherine II to Stalin, there have been numerous attempts to make Crimea a Jewish micro-nation where Karaites and their "twins" Krymchaks, the rabbinic faith followers, could be hosted all together; to the point that "Hey Dzhankoye" - writes Jeffrey Veidlinger on WhyIsrael.com - became one of the most popular Yiddish songs on the successes of agricultural collectivization in Soviet times, with its unmistakable opening on the way to Sevastopol, not too far from Simferopol”. 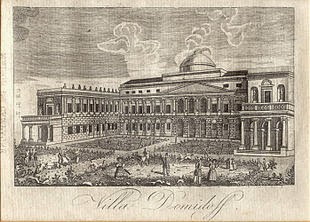 A dream then broken by the Nazi invasion and the dire consequences which led to the next geopolitical strategies. A benefit, eventually, comes also to the vestiges left by Prince Analoty Nicolaievic, heir of a powerful and rich Tula family thanks to the production of weapons for the czarist empire. The beautiful villa San Donato in Florence, where the prince lived and which brought the noble title, is still in ruins because of the heavy damage sustained during the Second World War, but the newfound popularity of Demidoff could contribute to the rapid recovery of the restorations (launched in 2012). The property was in fact included among the sensitive sites of the investment project "Investingculturalheritage" and, in search for possible patrons, today it winks at Lithuania and Russia, in order to strengthen cultural understanding between the three countries. All this will make Mathilde Bonaparte happy too: she tied the most exciting memories of her life precisely in Florence, where met her future husband just after the return from the Crimean expedition. The beautiful daughter of Napoleon’s brother and Catherine of Wuerttenberg revamped French imperial family’s fortune, coming literally submerged by the legendary jewels the Russian Prince sent from Paris to their Florentine home  However, they didn’t avail to appease her indignation, when she discovered Anatoly had a mistress: Mathilde fled to Paris after a violent melodrama of jealousy, ended with a scandalous public slapping. Anatoly tried again and again to rehabilitate his image with charities, but the dream seemed finally broken: a disastrous war, the consequences of which we still have under our eyes, was ready to fall on "his" Crimea and the Karaites. But where the war has failed, Italy, Russia and Lithuania have now a unique chance to change history. 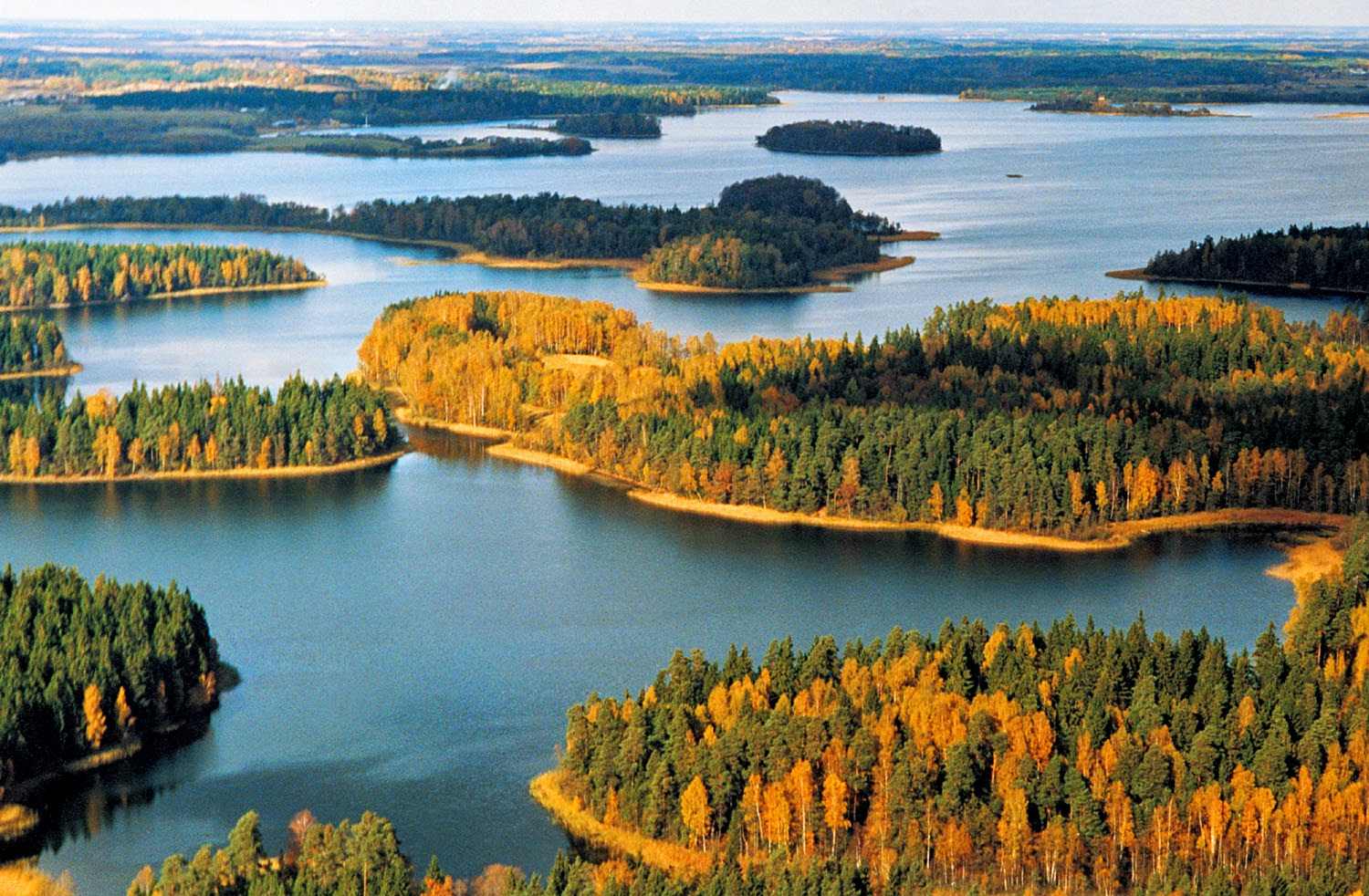 Click here for the short guide about Lithuania (Italian only)

Posted by Altrimenti at 1:58 PM