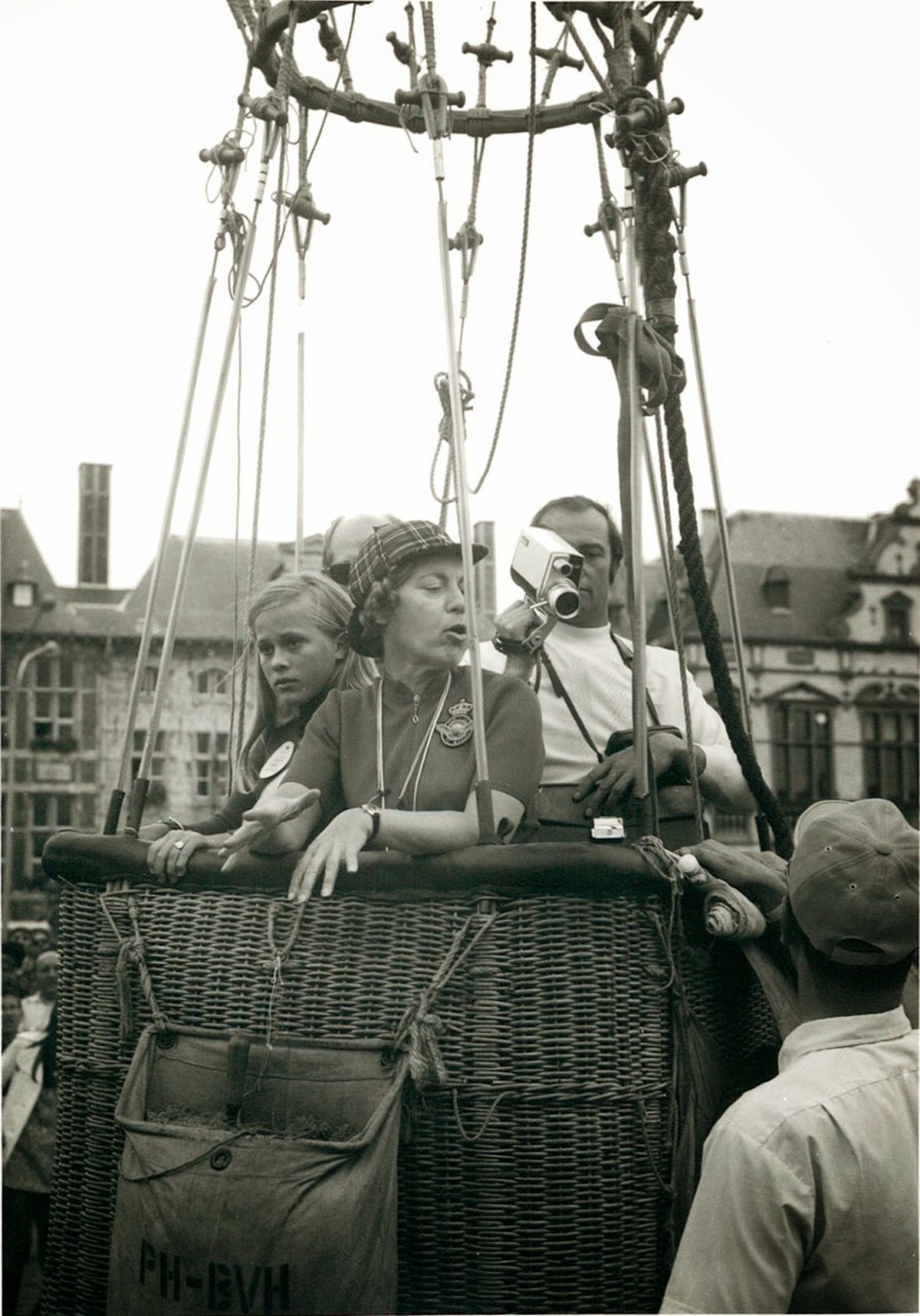 The shortest way to reach America gets through Sint Niklass,  Flemish Waasland's capital mostly famous for its abundant measures till today: not satisfied to own the widest market square in Belgium, the original art-deco town holds the record for the biggest Christmas tree and Easter Egg in Europe, in addition to a no less flattering title of "most pedestrian friendly city in Flanders." Cohabiting with seven giants must have influenced the unusual grandeur of the residents for sure: as the streets, full of cafes and breweries, as Castro’s or Walburg’s castles, or even the top of the hill where the seventeenth-century White Mill shines, are easily visited by a stunning oversized quartet. Even if Janneken’s, Mieke’s, Santa Claus’s and Zwarte Piet's tonnage is really gargantuan, exactly as the one of their fellows Caspar, Melchior and Balthasar, this bizarre band of carnival and Christmas ambassadors hasn’t been able yet to relegate the strangest Sint Niklass’s guest to a corner outside the city map.

He is not a common character at all, that's clear; and the simple fact that his bronze statue is kept in the neo-Gothic town hall tells already a lot. Gerardus Mercator,  first atlas’ inventor and famous mathematician for the geometric projections appearing also on our GPS, is the true giant of cartography even today. At exactly 420 years after his death, which occurred in Duisburg December 2nd, 1594, he can boast of drawing globe’s replicas that leave even NASA satellites completely dumbfounded: how is it possible the boundaries of rivers and lakes in the Sahara, dating back to at least 7500 BC (but already extinct since 5,000 years), are perfectly traced on his maps? Although today some smaller basins, known as Ounianga lakes  exist in Chad, these are simply "geological relics" belonging to a too remote age for Mercator’s Flanders; a time, moreover, we were able to measure thanks to data coming from orbit recordings only. But it is not all. Always on his cartographic masterpiece of 1569, numerous ghost islands appear and, even if they have been considering just a fruit of his time imagination, they really existed in relation to recent results on oceans’ raising. Once again, then, North America’s fresh waters mirrors are just the ones to raise more disturbing questions: what do Great Bear and Great Slave lakes have to do with  Mercator’s miniatures? In the sixteenth century, no European had pushed himself up there yet. Or so it seems. 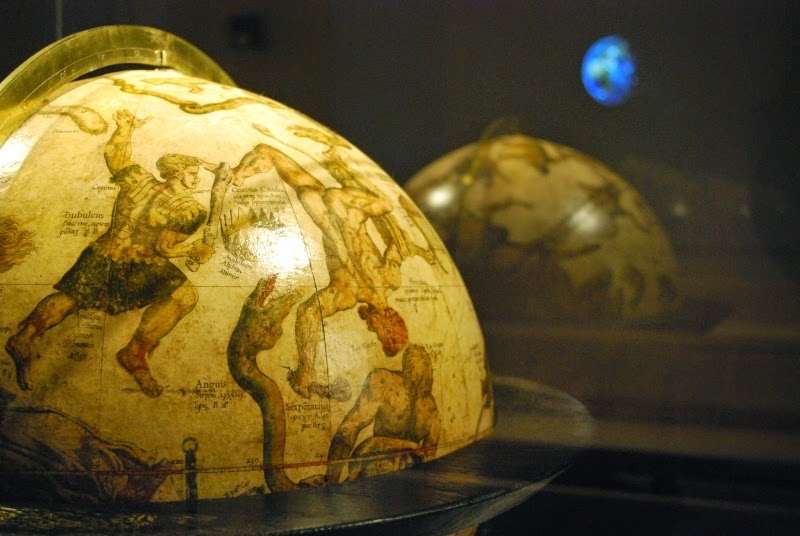 These are just a few critical points highlighted by Mercator museum's new layout in Sint Niklass: its halls have been relaunched after the works for the anniversary of Flemish cartographer’s birth (1512) and returned to open its Modern Cartography Section’s doors last November 13th. Since 1962, the museum offers one of the best cartography’s reconstructions from the beginning to the present, emphasizing Gerard De Cremer’s work, better known as Mercator: his Globe of Rare Earth (1541) and Celestial Globe (1551) are included indeed as treasures in Flemish masterpieces’s list and can be appreciated now by the visitors of the museum; but among these precious halls they can bump into Atlas Ptolemy’s first edition (1584) too, passing by the most valuable specimens printed in the last centuries. Genuine technological jewel, the new multimedia sector allows to get into a time machine leading back to the sixteenth century Flanders, magnifying maps’ details of 1541, or attending the slow and poetic lighting of 51 Mercator’s handmade constellations, or simply jumping on the ship where he found the intuition of his famous cylindrical projections, able to create isogonia on maps. Shortly it will be possible to deal with the theories of another debated contemporary and future museum’s guest: Descartes. 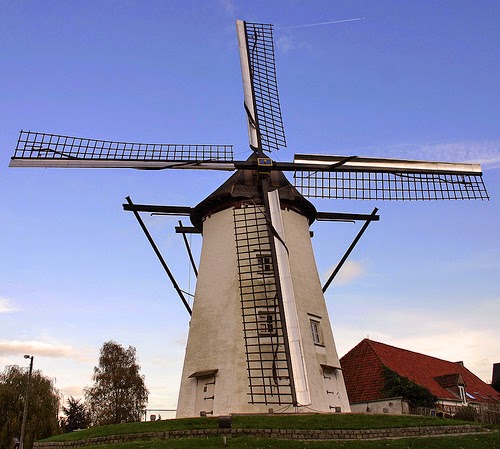 Without having to turn to alien explanations or lost civilizations before the last Ice Age - at least for now, someone assumes – Sint Niklass’s visitors are starting to look also at the vicissitudes of a noble Venetian palace, Ca' Zen,  trying to figure out what strange twists have tied the fate of Flanders and Serenissima in the past. Almost disregarded at home, accused of petty claims on America’s discovery, after centuries from their naval achievements the two brothers Niccolò and Antonio Zeno are finally removing a few pebbles from their slippers: Estotiland, or Nova Scotia,  would be discovered thanks to their ability while they were attend upon the powerful Earl of Orkney  and Templars heirs’ patron, Henry I Sinclair. 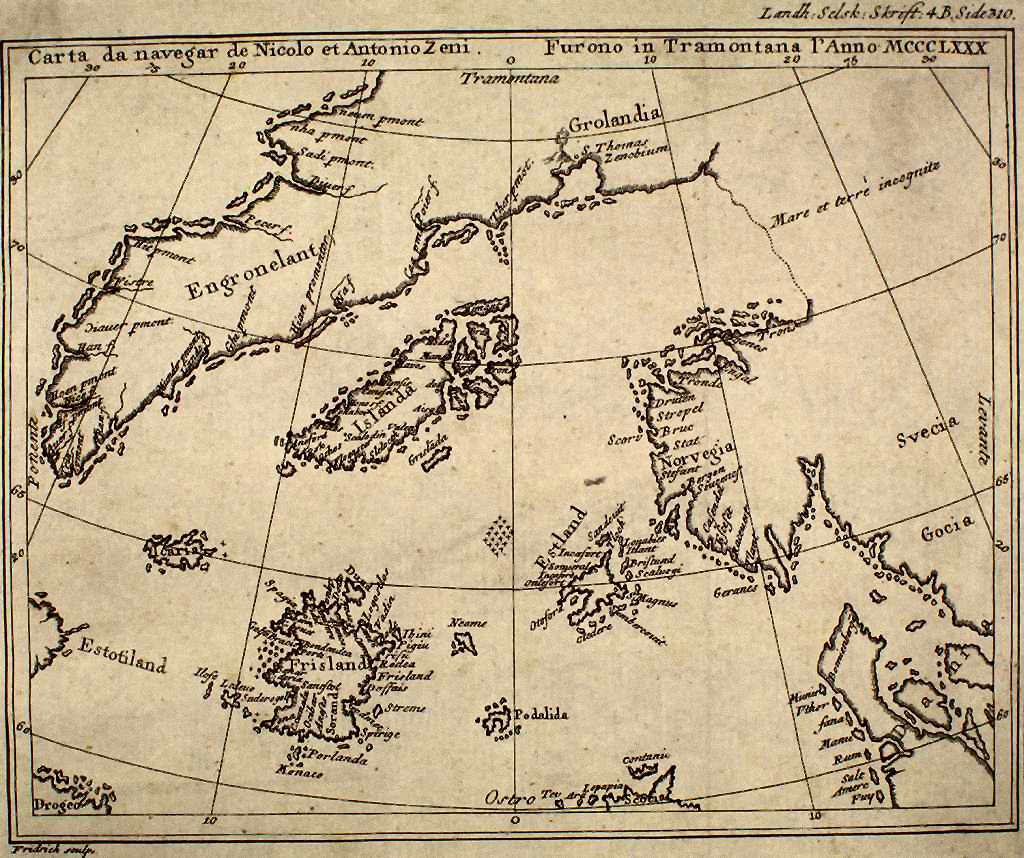 "Those who live there are ingenious – it is reported in “I commentarii del viaggio”, an eponymous grandson Niccolò’s transcription about Zeno’s journeys - and have all the arts as we have; our witness believes that they traded with our people in other times, because he had seen Latin books in their king’s library, but these ones aren’t understood by them now. They have different language and letters; work metals of every kind, especially gold; and their business affairs used to take place in Engroveland, where they got fur and sulfur and pegola; towards Ostro he said there is a large, rich in gold and populated country. They sow wheat and make Cervosa (strong drink, beer), which is a kind of drink that northern nations like, as we like wine. Their forests have immense size and they build fences (....). They build ships and sail, but have no magnet and aren’t able to guess Tramontana wind". 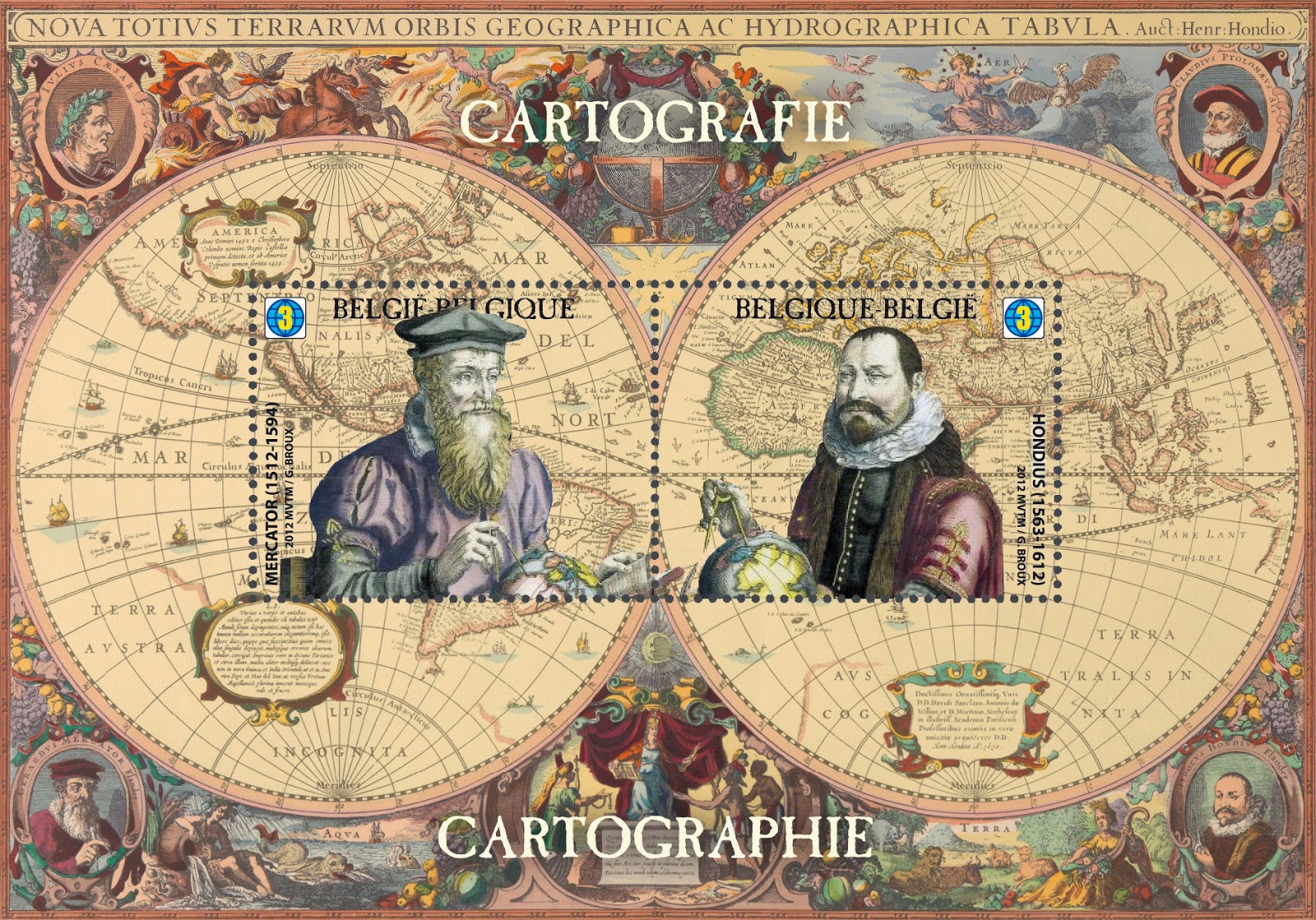 It is through descriptions like these, but especially through the maps originally drawn by the two Venetian brothers, that Mercator could trace so precise Arctic’s boundaries, once again demonstrating that the voyages to North America were already usual, although not advertised, in the Viking and pre-Columbian time (but recent studies backdate contacts between continents further centuries ago). On the other hand, neither Venice nor Zeno brothers’ ship owner (who rescued Niccolò near the Flemish ports, when a storm pushed him up to Scotland) had no interest in informing Europe of that land they had came into contact with: Serenissima had built its rich commercial network monopolizing Far East’s and Mediterranean sea’s trade, while Henry Sinclair, under permanent threat of English invasions, wanted to keep a secret escape route to a land where hiding his legendary treasure (inherited by the Templars, perhaps).


Then it is not a coincidence that, in the wake of a renewed interest in the impregnable Oak Island's Money Pit (this year American TV has been dedicating different reality series to this ancient mystery, which Zeno&Sinclair have largely feed), US and Canadian tourists have begun alleged pilgrimages to Mercator’s museum in Sint Niklass. "More and more Italians too - highlights Giovanna Sainaghi, VisitFlanders’ director in Belpaese - since the first seven months of 2014 have showed a growth of 12.3% in their overnight stays in Flanders, as well as 11.8% in arrivals.

Undoubtedly the art cities remain the first reason of visiting, thanks to the excellent results of Gent (+ 29%) and Mechelen (+ 57%), but cycling and ecotours are strengthening new ways of discovery. Thanks to the literary boom of David van Reybrouck, post-colonial bestseller "Congo"’s Flemish author, as Flanders as the whole Belgium, however, get back to captivate collective imagination on the history of traveling to atlas’ terrae incognitae. But if today we can move from a top end of the world to another, and maybe indulge in a nice stop in Sint Niklaas on the train to Gent or Antwerp, we always have to look back at Gerardus Mercator’s genius". 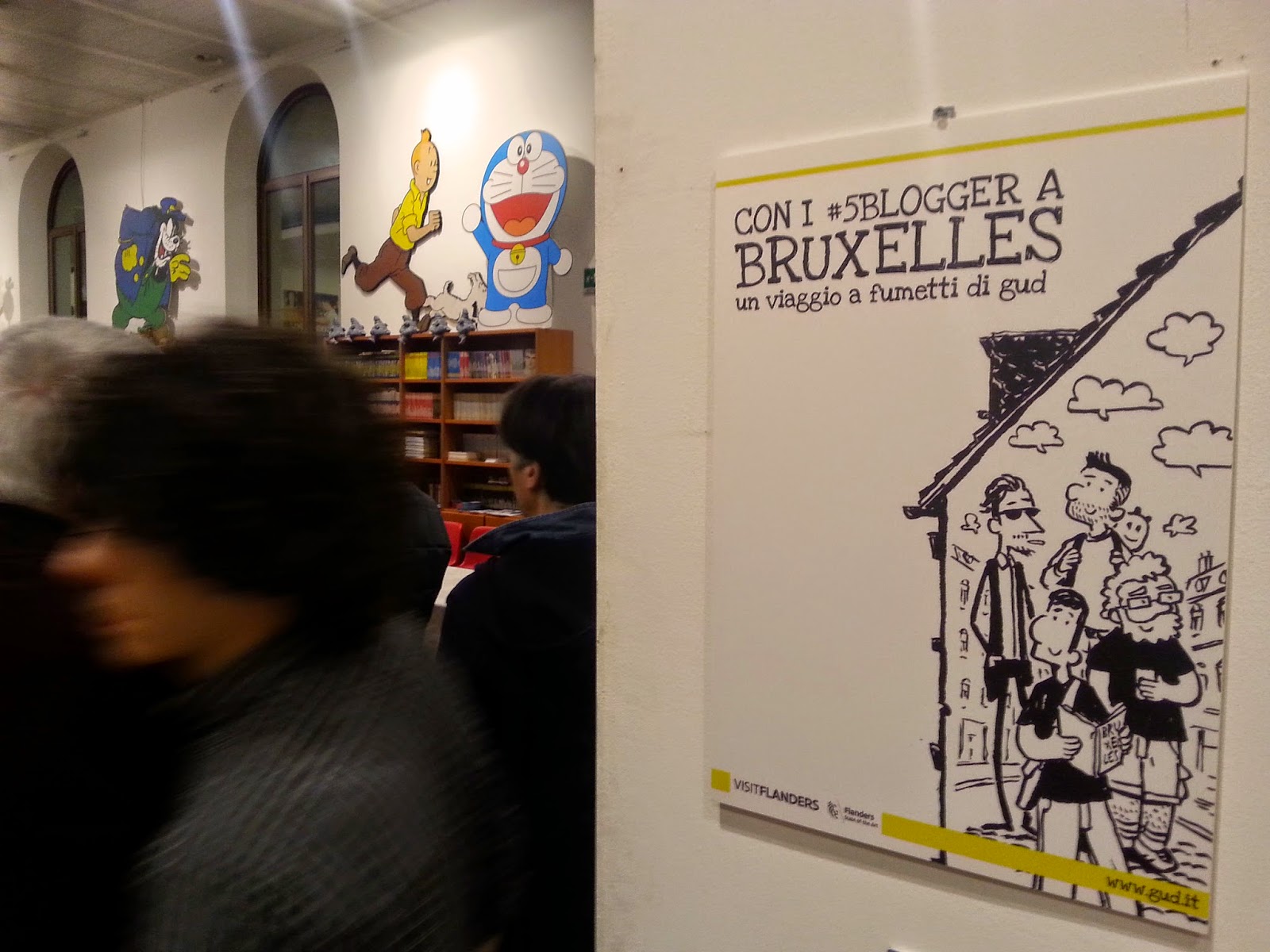