ALL WAVES LEAD TO "SAIL" AMSTERDAM 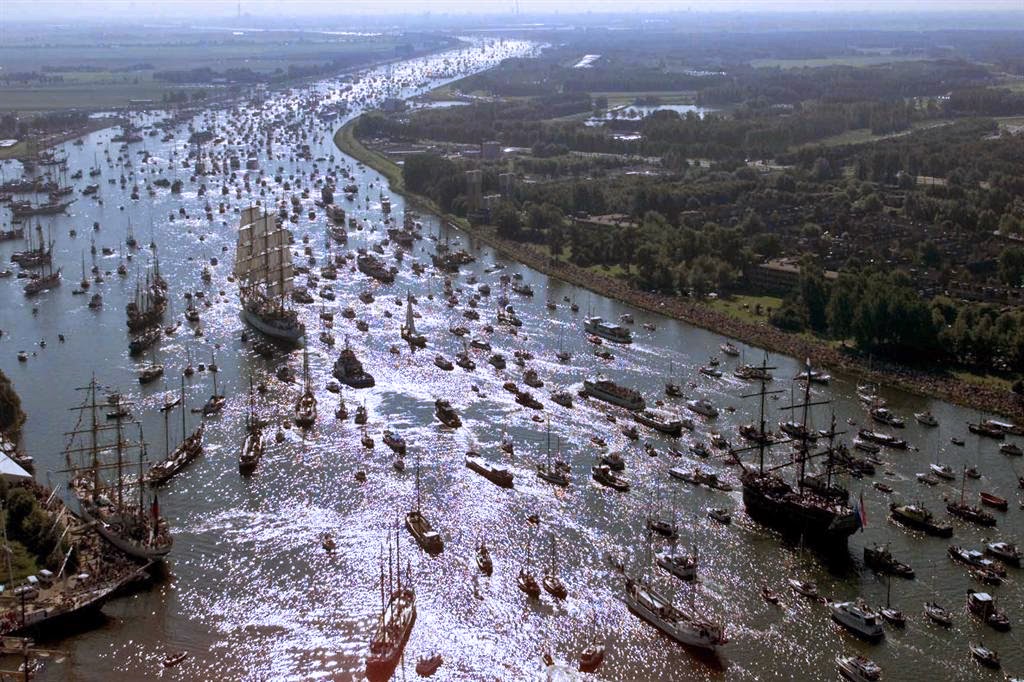 A new epic of exploration is putting wind in the Netherlands’ sails.

The ninth edition of "Sail Amsterdam 2015", scheduled from August 19th to 23th, will not only offer a rare opportunity to see in action the international giants of the seas, but will also let immerse in the waters from which the country has sprung and soon will return to look at from sidereal distances.

For if a so free and cosmopolitan land was home of immeasurable masters such as Erasmus of Rotterdam, Baruch Spinoza or Rembrandt - whose revolutionary painting is celebrated by the Rijks Museum in Amsterdam until next May 17th - it certainly concerns its sailing ships. Old or new they are. 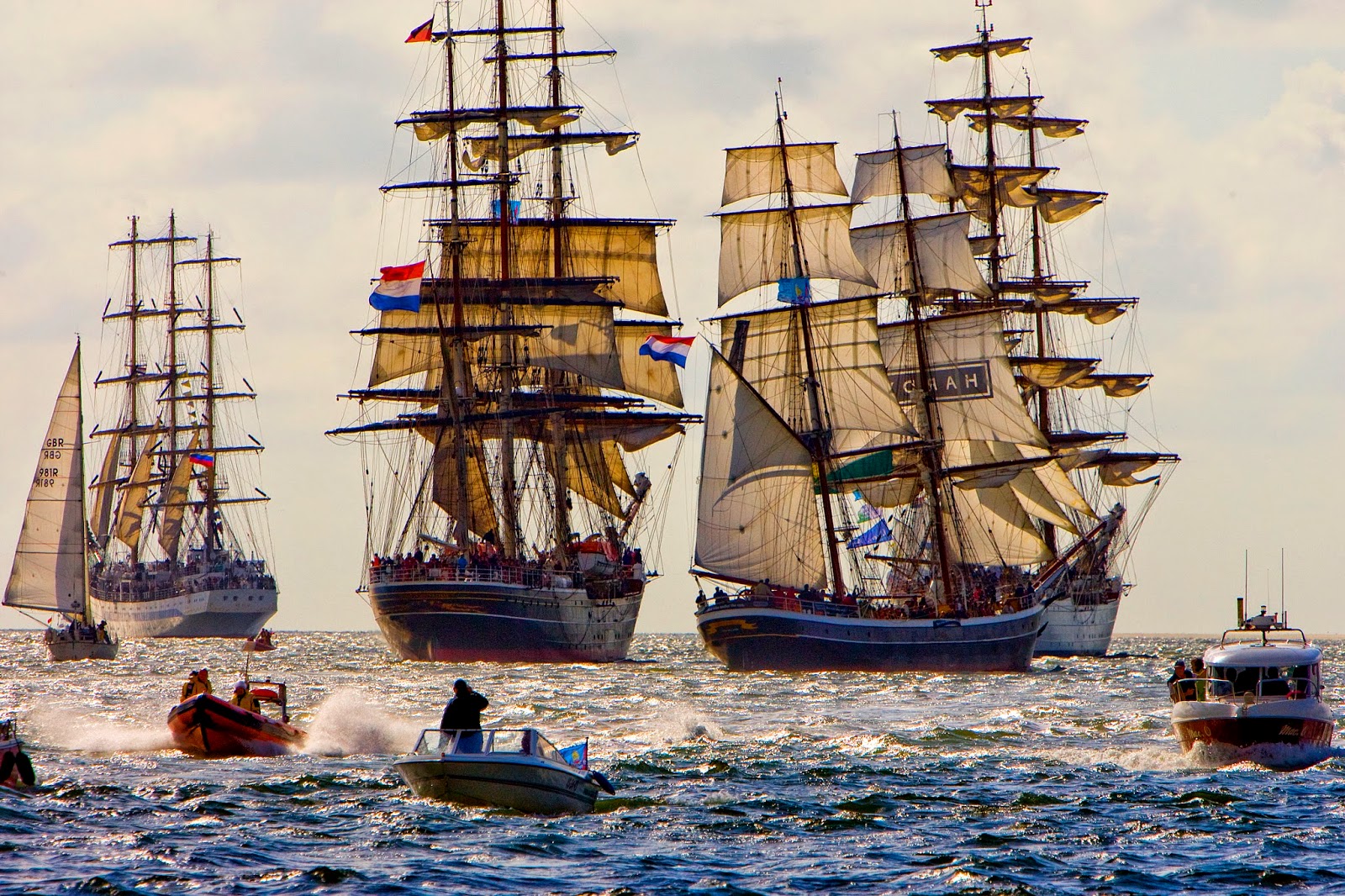 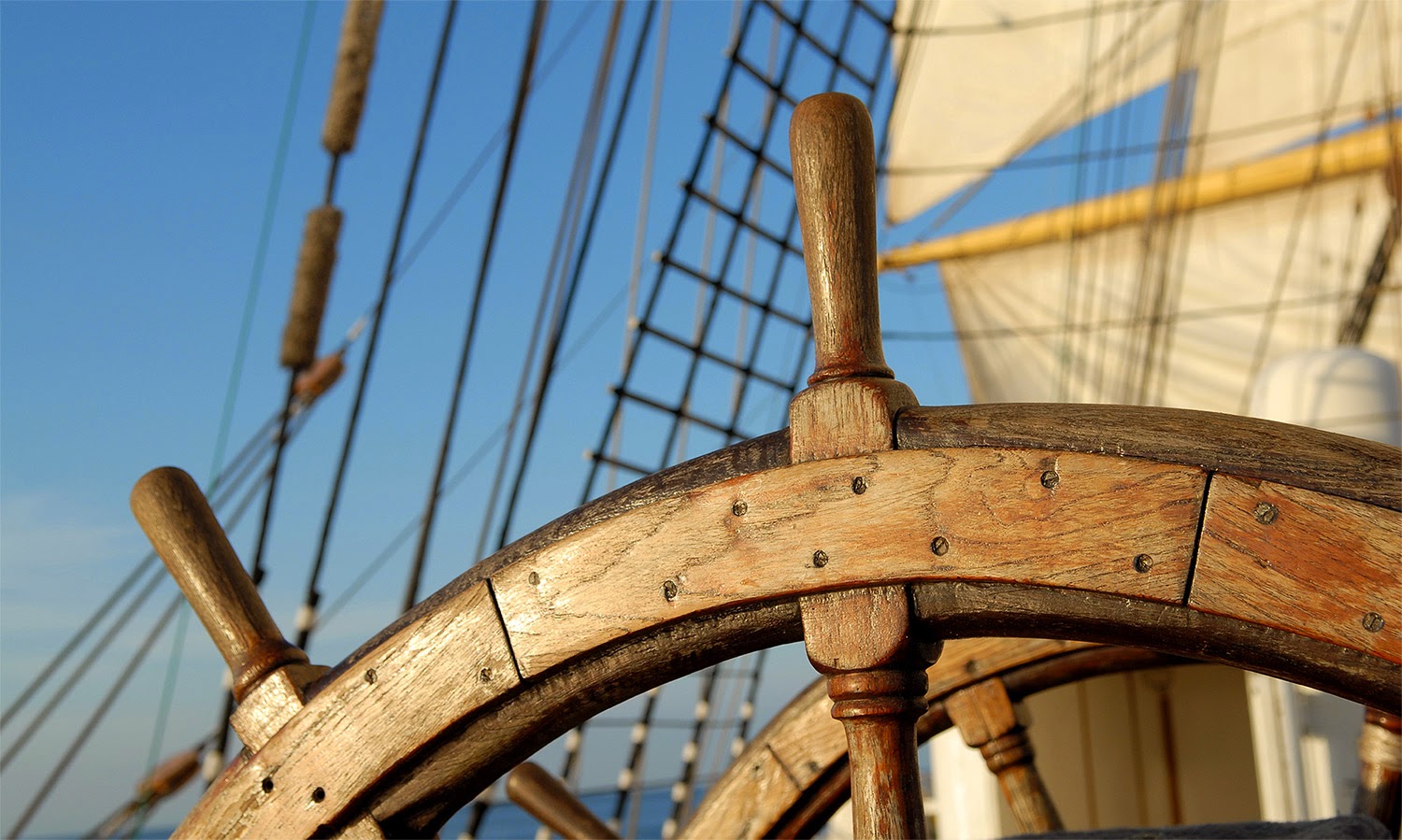 Born to celebrate the 700th anniversary of Amsterdam back in 1975, the show has been proposing every five years punctually, becoming the largest free nautical event in Europe, with more than 1.7 million participants in the last edition. Each of them ready to be astonished by the daring maneuvers of 600 vessels sailing to the waters of the North Sea and the historic port IJhaven:  among them, inevitably, the "Tall ships", the most fascinating and exotic sailing ships in competition for the highest award bestowed by the Dutch crown. From the German "Alexander von Humboldt", a 24 sails of 1,360 square meters and capable of reaching 14 knots through the strength of the wind only, till the French "Belem", a cargo amazingly survived the eruption of the Caribbean Mount Pelée in 1902 and committed to transport sugar, coconut or coffee from Brazil, French Guyana and the city of Nantes, passing by the Spanish "Atyla", destined to circumnavigate the globe and fresh winner of the Friendship Trophy in the Black Sea Tall Ships Regatta 2014, sailors from all over the world foretaste amazing stories and gargantuan drinks. 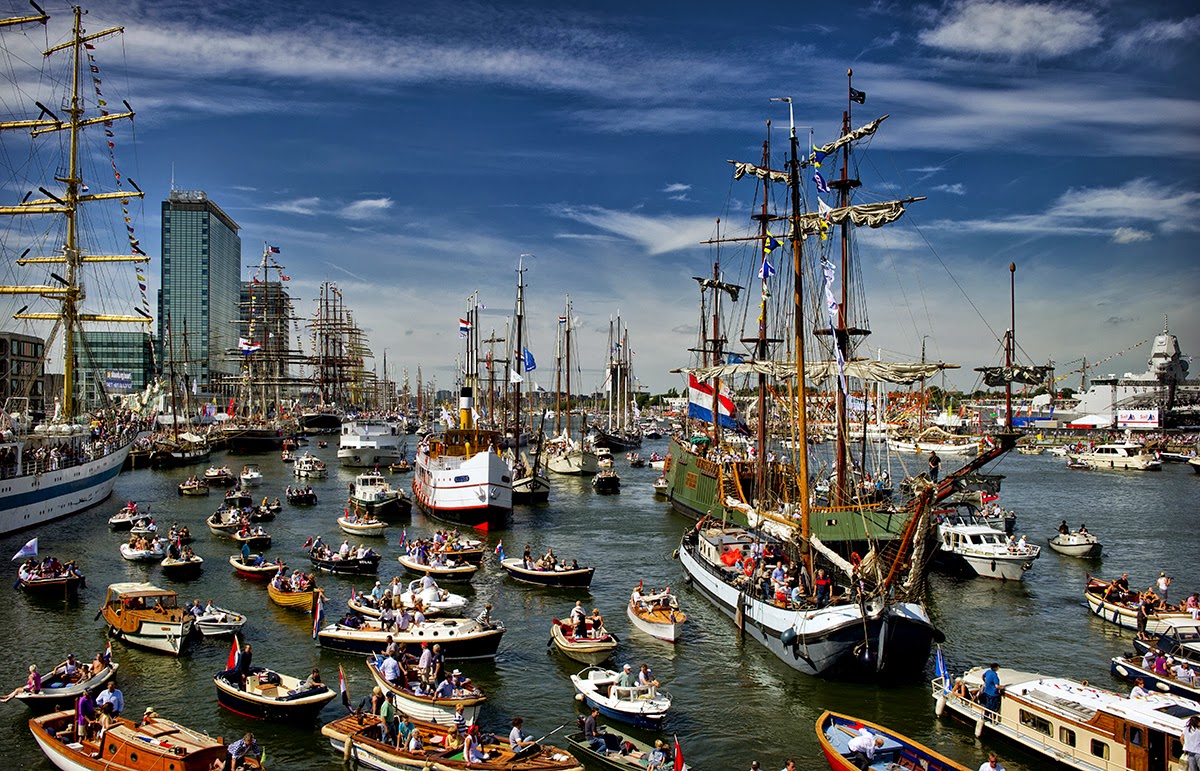 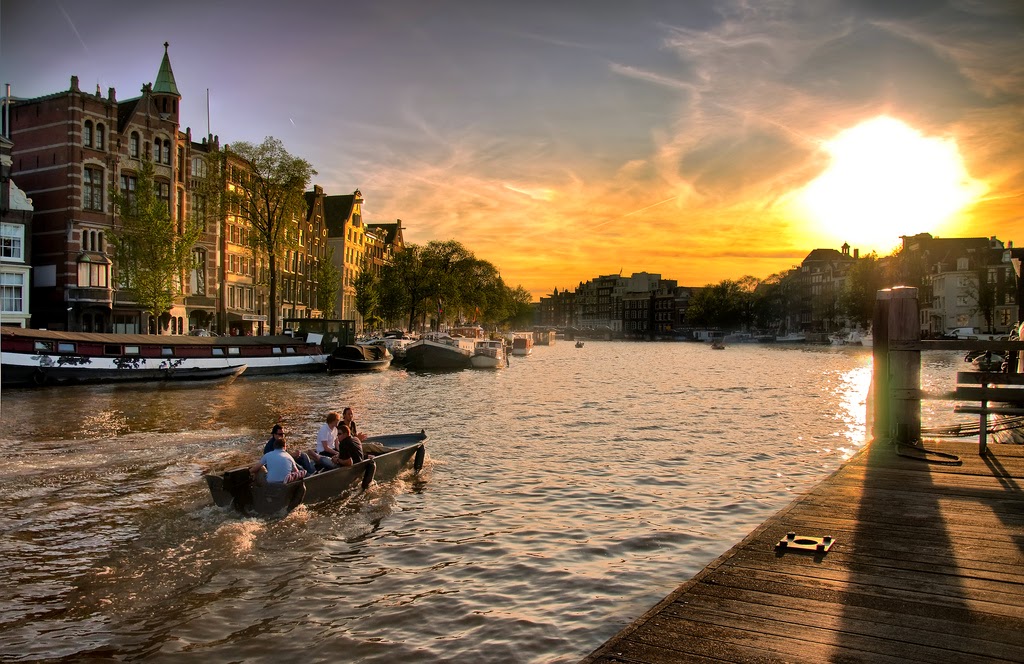 "The event is open to everybody - specify the organizers - because we have established programs suitable both for specialists and for newbies: you can choose, for example, between a solution " classic", which allows you to get on board the sailing ships and enjoy a five hours cruise in the channel, or "dock", participating to the sailor village’s life and savoring some of the international excellence specialties. For those who prefer the charm of the port, the formula "Salon" is definitely the most suitable one. But regardless of the initiatives on the ships, the entire city of Amsterdam is ready to rediscover its seafaring soul". 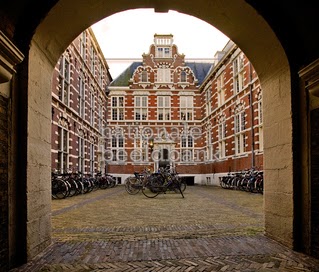 Again they return to evoke the legendary mutiny of the "Batavia", sunk in 1628 near the coral island of Beacon and, after a first sighting in 1840, exhumed in Australian waters to be completely rebuilt in the Dutch port of Lelystad: first case of experimental archeology which, in collaboration with the Western Australian Maritime Museum, has given life again to the tradition of the renowned Dutch shipwrights, using the same techniques and the same materials in vogue in the seventeenth century; they will look back with a mixture of reverence and enthusiasm at the Oostindisch Huis of Amsterdam, original headquarters of the powerful Dutch East India Company that, in 1602, became the first financial center in the world and today hosts the sleepy University Department of Sociology in the capital; or it fills the mouths of wonder even the vastness of the National maritime museum, near the old port, where from 1656 are kept over 60 thousand volumes nautical and specimens of vessels in the original scale. Nor it can leave indifferent the splendor of today's Hotel Waldorf Astoria, actually an historic building on the main channel of the capital, whose interiors still speak of the merchant glories, as well as the many "free citizens" who found hospitality inside: last but not least,  the painter Brentano. Testimonies of an era perhaps unrepeatable, that between the Golden Age and Postwar saw the Dutch borders extending from the coast of Brazil to the entire Indonesian archipelago. And now back to ask an even more ambitious goal: Mars. 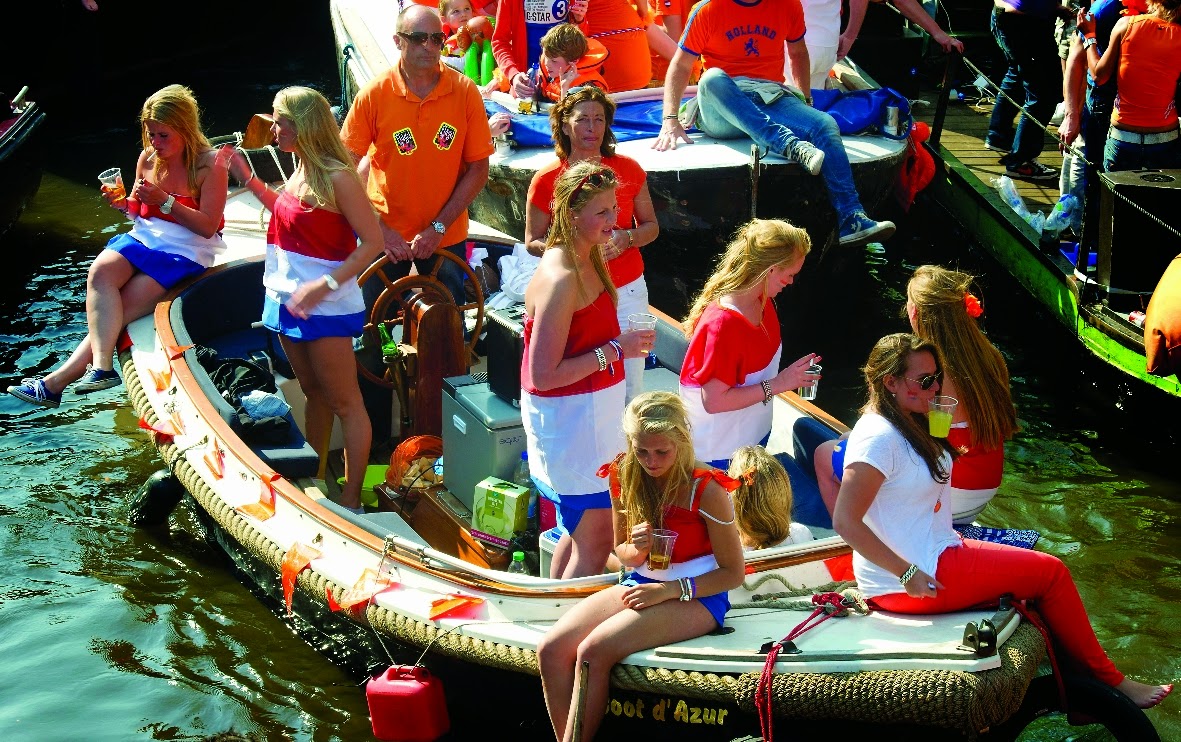 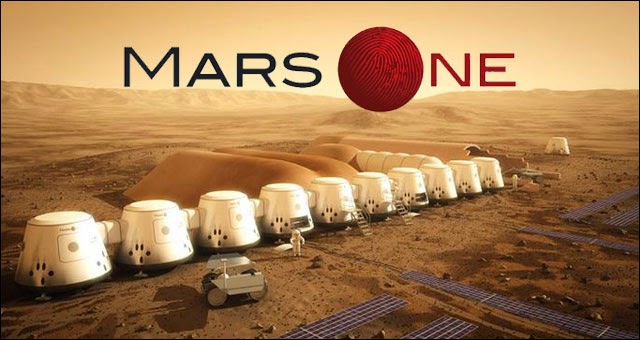 Within 2023 the Dutch company Interplanetary Media Group aims indeed to land on the Red Planet, thereby initiating the colonization project Mars One.  Independent from public funds just as the forerunner Dutch East India Company - due to today’s times of crisis - the new society is preparing to launch agile rovers for the exploration of Mars, in order to build a base of six livable units for scientific researches: this should avoid, at least for the first time, the fact that the available trips are one-way only, not having yet sufficient technology to enable new explorers to return to Earth. Nothing to do with Viktor Pelevin’s Omon Ra missions, though. Volunteers abound: after a few months of the opening of the call, members already amounted to 78,000, given the fact that anyone who has completed 18 years of age and is willing to pay a proportionate share of the gross domestic product of his own country (therefore from 5 to $ 73) can now join it. Thanks to television rights, broadcasting the whole process of preparation and landing of the astronauts, the $ 6 million necessary to fully cover the costs do not represent a so difficult obstacle in the end. To compete with the bold Dutch, once again, is Britain tycoon Richard Branson, whose Virgin Galactic has already experienced some ways of tourism in orbital weightlessness. 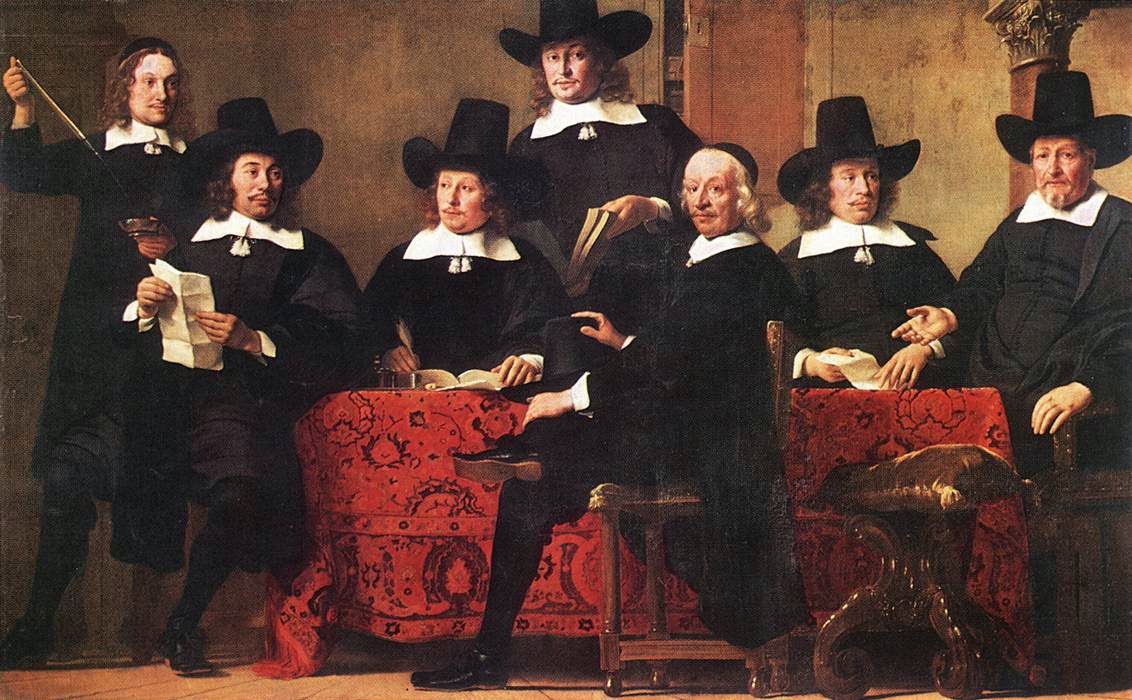 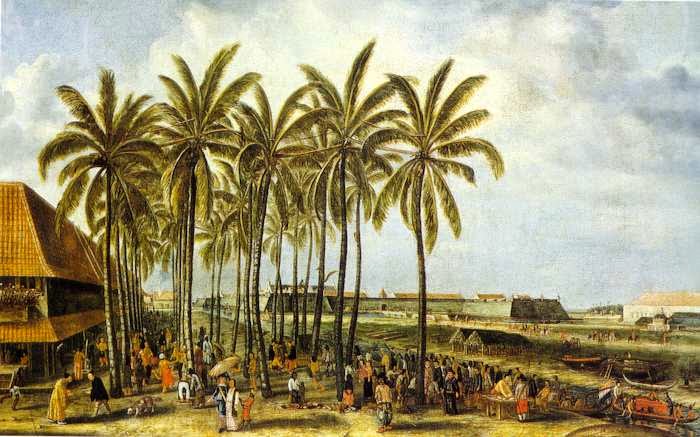 Yet the epic of the great commercial explorations was not born under auspices as well favorable. Penalized by Portuguese and Spanish hegemony, already harassed by the English entrepreneurship, Amsterdam’s merchants had tried to move quietly, aiming for economic efforts almost suicide, but ending however to surprise everyone. Their first overseas expedition "was planned with the utmost secrecy - reminds Giles Milton, in his sensational book “Nathaniel’s Nutmeg"-. For more than three years the people of Warmoestraat, an elegant district of Amsterdam near the main square of the center, had observed an unusual bustle in the house of Reynier Pauw. This merchant, of only twenty-eight years, had already made a fortune as head of an international company of timber. Now he seemed to have set his sights on a new and more ambitious trade, because two of the regular visitors of his house, Hendrik Jan and Carel Hudde, were among the richest merchants of the city”. 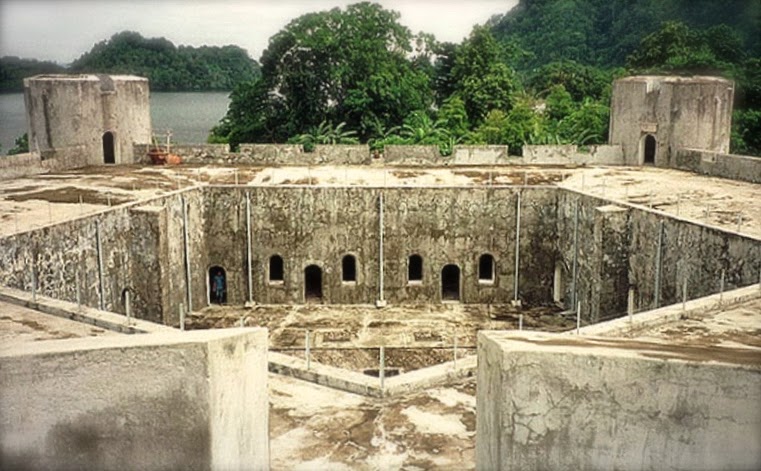 It was just the bet of this less known trio that, in 1592, the history of the world took a turn forever, as the real ace proved to be "a hunchback bearded, whose accentuated skull gave him an even more gibbous look to his brow": Petrus Plancius,  bizarre Calvinist theologian with a visceral passion for geography, on whose incredible and extremely precise maps Holland was preparing to build its own world hegemony, provoking a real culture shock in Europe. Porcelain, lacquer boxes, loads of ebony and ivory, as well as fine silk, have indeed started to flow on and on in Old Continent’s markets, exciting the fantasies of an imagination that, until then, had never seen anything like that. They were the first temptations, so irresistible as poisonous, of the global world; but will also be the fascinating theme that Rijks Museum will investigate again thanks to a rich exhibition scheduled between October 17th and January 17th, 2016. 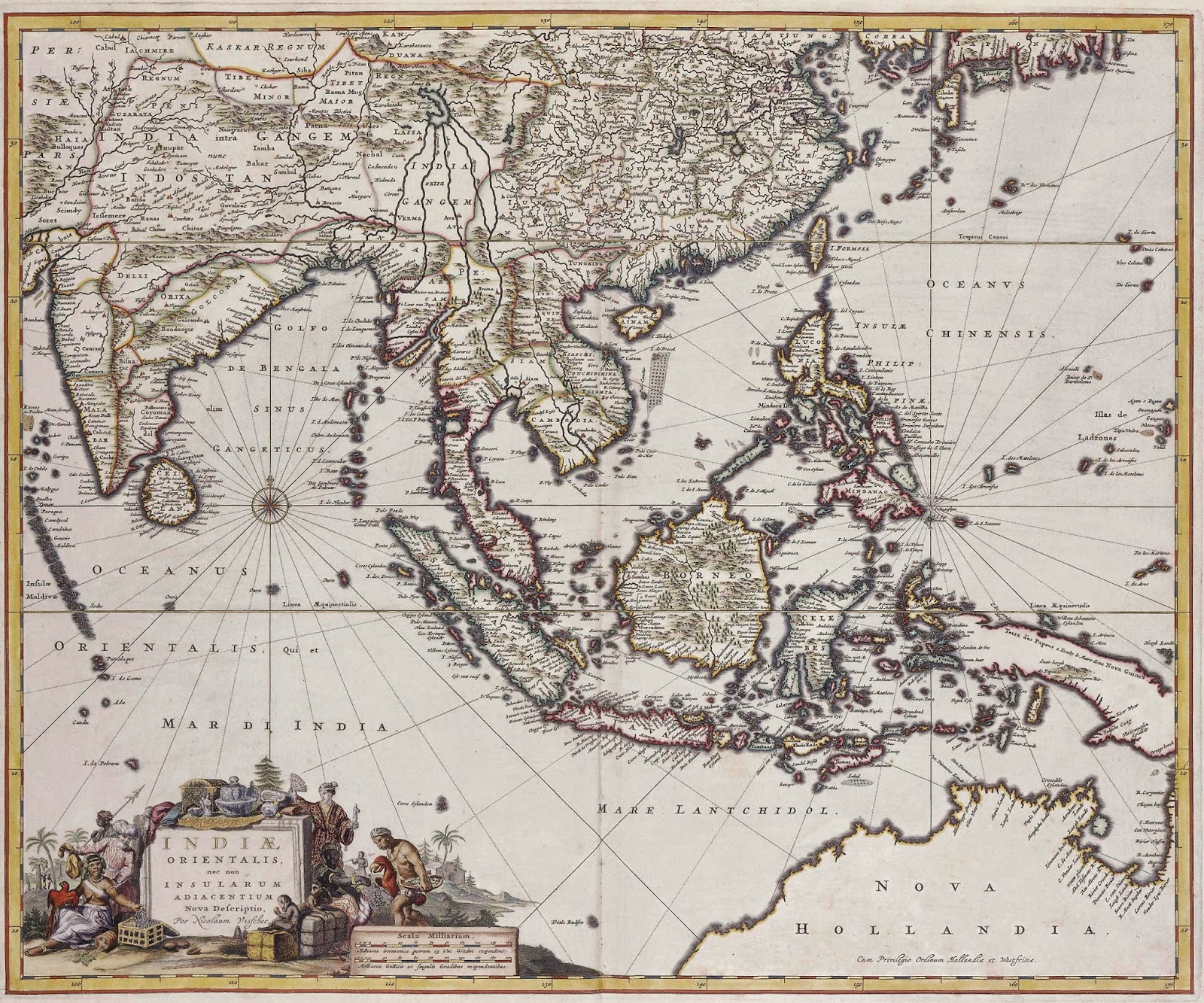 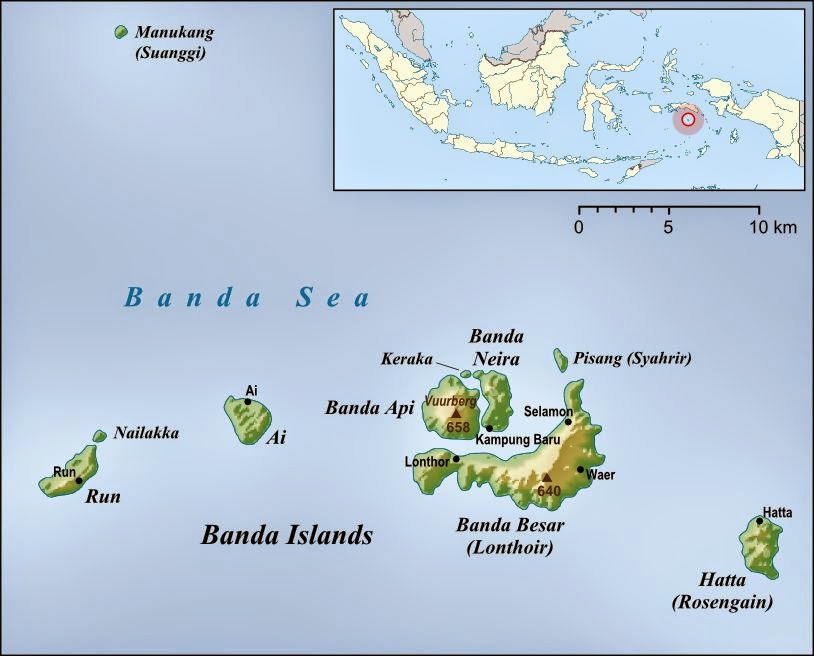 Through the use of the most advanced contemporary sources, the Theatrum Orbis Terrarum by Abraham Ortelius and Gerard Mercator’s projections, Amsterdam’s merchants had in their hands the equivalent to the more sophisticated todays’ GPS. An scientific and technological advantage that would soon obviated even the inexperience of the men chosen for the first overseas enterprises, gaining the rich Spices Route to Holland and, ironically, the future New York to the English Crown. Someone would indeed be willing to bet that the American metropolis would had not a so glorious destiny if, instead of New Amsterdam, the Dutch merchants had not claimed a remote Indonesian island: Run, first coveted capital of nutmeg, able to heal any evil and awaken every human vice. But to let dumbfounded as the Dutch as the British, to the point to be cited as one of the most brilliant examples of mediation between civilizations today, was the enterprising Italian explorer Elio Modigliani. 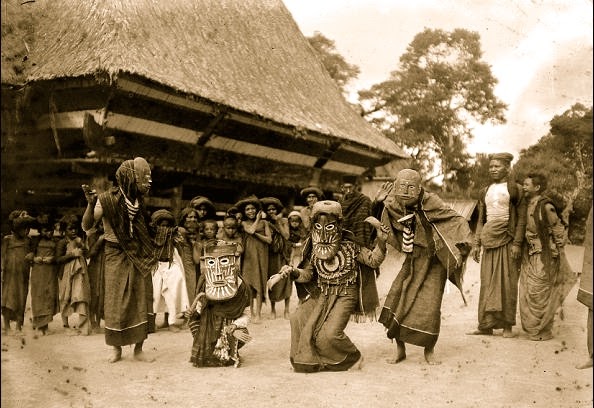 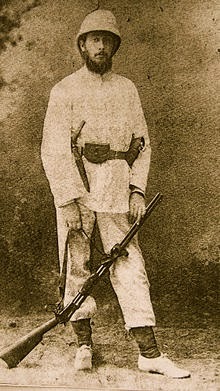 Thanks to its three expeditions in the Indonesian archipelago, the first towards the mysterious menhir on the island of Nias (1886), then among the Batak in Sumatra (1890) and finally to Engano and Mentowai islands (1894), he provided anthropological evidences on which much remains to meditate. Memories now preserved by the ethnographic museum of Florence and Natural History Museum of Genoa represent an anomalous page, and certain a forerunner one, as the experience of the field is capable of demolishing any form of racism, even when one of the scientific goals was to collect human skulls attesting the theories of a certain Cesare Lombroso. Modigliani succeeded, with surprising ease, where the Dutch colonizers had repeatedly failed for centuries: instead ending up in tatters, he became acquainted and even esteemed friend of the feared tribe of Nias Salatan,  known for the beauty of their women (as well highlights the Italian report "The Island of Women"), but also for the practice of collecting heads of unwelcome guests. The same people who, unwisely, allowed themselves to be groped by the naked and sinuous shapes of women-bait, then finding themselves with their skull impaled on fiery husbands’ spears. Although Amsterdam had long since thrown in the towel, the Florentine explorer, together with four Javanese only, amazingly managed to establish a special relationship with the indigenous inhabitants, containing even the bellicosity of his main opponent: Siwa Sahilu, legendary commander of the village Hili Siwaetano. And if next August Italian visitors can peer into the sailing ships in the port of Amsterdam with a touch of pride, feeling members of that great family of intrepid that broadened the horizons of the whole humanity, and in 2016 will make the Dutch capital "international city of diversity", a special merit will also go to Elio Modigliani. The Florentine who won the fear of the Other through the praise of folly.

The Netherlands  board of tourism
Posted by Altrimenti at 10:21 PM