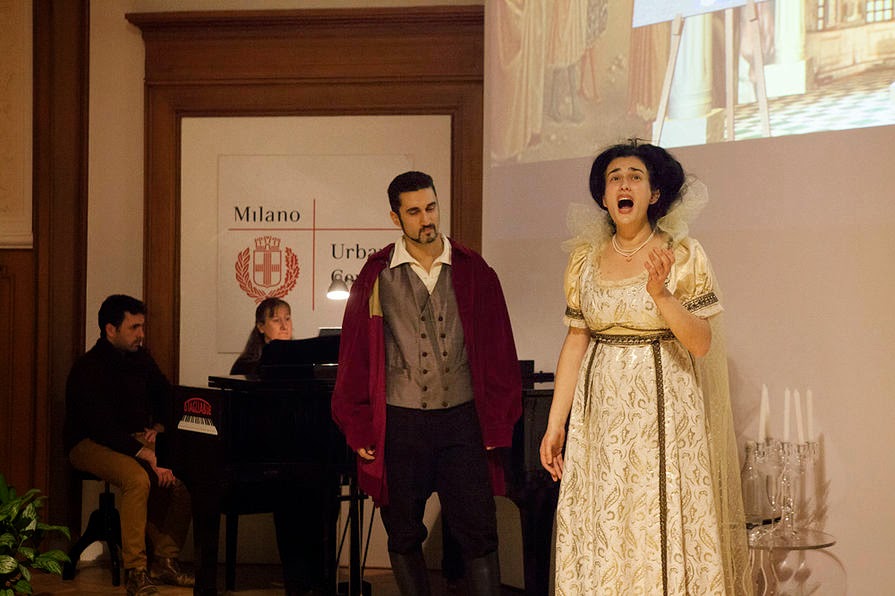 Original Italian Text here
Italy and Israel joined by their passion for the opera. If the festivals organized by the two countries have become unavoidable events on the world stage, their talents’ meeting has given rise to a phenomenon that will change the perception of opera radically and, perhaps, the fate of Middle East peace. After the debut in Milan of Lirica3D company, founded in late 2014 by the Israeli soprano Yevgenya Kimiagar and performed in a double concert at the Urban Center in Galleria Vittorio Emanuele (January 22nd and March 25th), singing and acting have been fused with the most sophisticated audiovisual technology, leaving everyone speechless: no more glitzy scenarios, hopelessly prisoners of their own forms; stop at lights mounted in inaccessible areas of the stage; end of three hours or more performances. 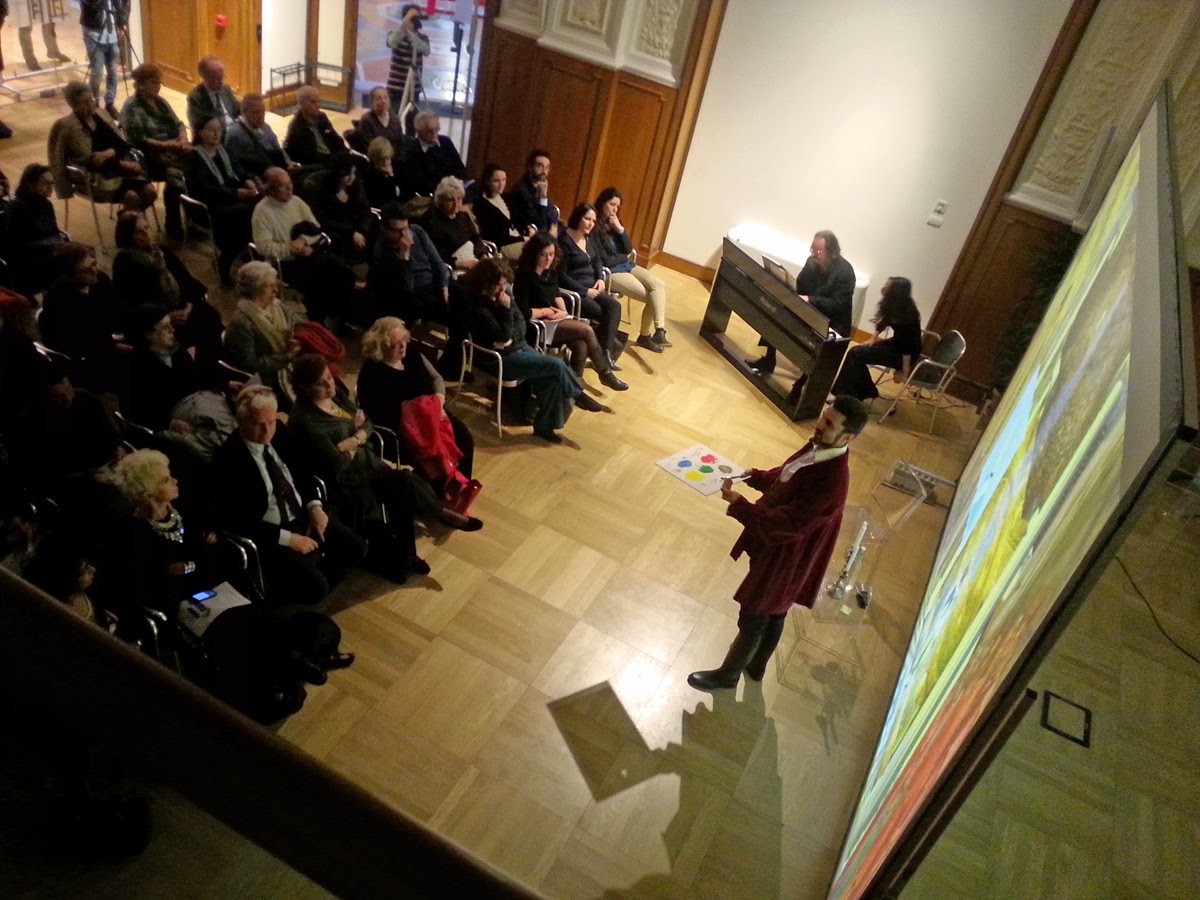 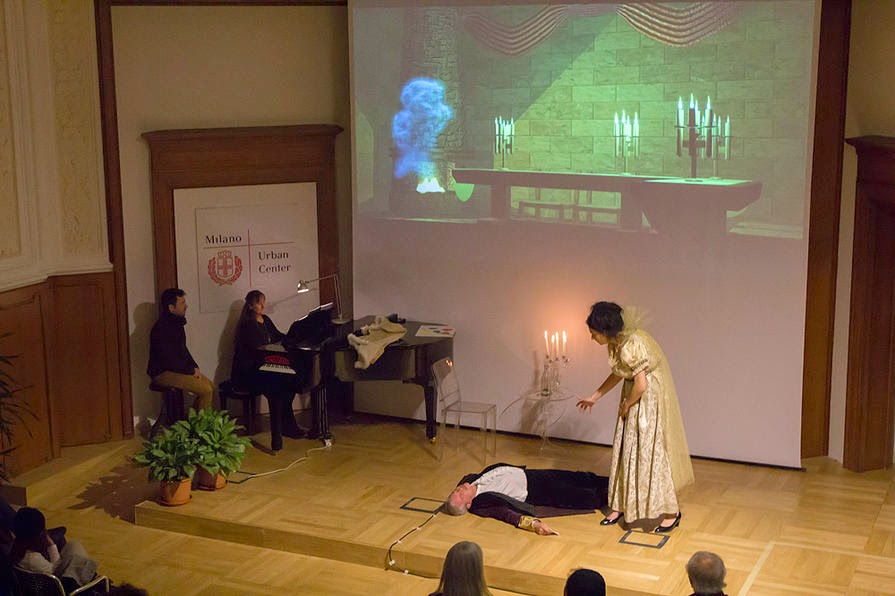 Opera is continuous movement nowadays, explosive vision, tangible emotion, as well as vibrant passion: "thanks to the collaboration with three young performers of avant-garde multimedia, Carlo De Venezia (environment sculptor), David Cappelletti (digital modulator) and Antonio Cappiello (Fx) - explains Lirica3D’s founder - we have turn opera into an experience able to stimulate all levels of perception simultaneously, without altering the text or the traditional atmosphere. The same piano accompaniment continues to be performed live thanks to Claudia Vanzini, who specialized, among other things, at the Mozarteum in Salzburg and at the Wiener Musik Academy in Vienna, as well as a protagonist of recordings for the label Stradivarius. 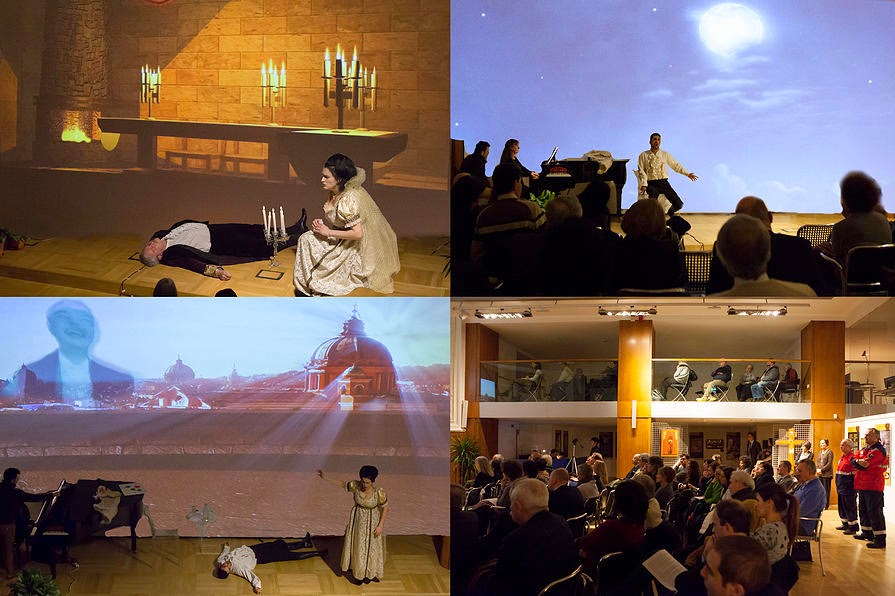 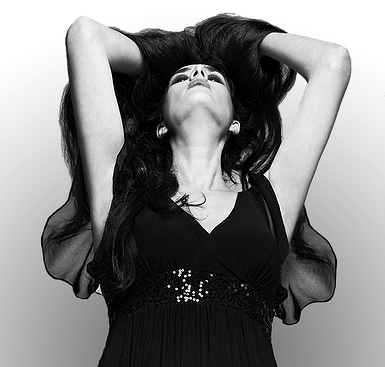 Our first goal is to draw a wider and younger audience, accustomed to forms of fast, highly interactive and spectacular entertainment, but often unfamiliar of the major art forms of the past. Secondly, we aim to demonstrate concretely how the language of art, or even better, the conscious use of sounds and images, is able to harmonize man with his environment, allowing him to overcome any stiffness or fundamentalism". The result appeared so innovative and ambitious, to arouse the interest of the National IsraeliOffice for Tourism in Italy and ITravelJerusalem immediately, both promoters of the young company in view of two prestigious events at the fortress of Masada, as well as in the heart of Holy City: from the 4th to the 13th of June, Puccini's Tosca will be on stage at the foot of the symbol-mountain of Jewish resistance against Roman rule, while from the 24th to the 28th of next June, Sultan's Pool in Jerusalem will become the proscenium of “L’Elisir d’Amore” by Gaetano Donizetti, in homage to Alfred Greenberg.

As amazing and spectacular, thanks to the use of costumes and design furnishings made available by a group of Milanese brands of excellence (Sartoria Teatrale Bianchi, Luca Boffi’s Design Laboratory, Tagliabue Pianoforti, Camping Milano), technique would serve little purpose if it were not accompanied by exceptional performers: and if Yevgenya Kimiagar, winner of the aspired scholarship from the Israel-America Foundation, as well as a finalist in the international competition IMF 2012 Brescia, represents one of the greatest talents among today’s sopranos, on the other side her company’s colleagues have trod the most prestigious stages of the circuit. The baritone Giorgio Valerio has been working as an established member of Teatro alla Scala in Milan for 20 years, with participations in national and international opera events, from the Europe Festival of Prague to Vatican Radio. As a tenor, Lirica3D can avail itself of Ramtin Ghazavi, Iranian artist who graduated at the Conservatorio Giuseppe Verdi in Milan and won a scholarship at the academy of improvement in Bologna, now firmly integrated in Teatro alla Scala’s choir in Milan. A company so multimedia as multicultural, strong of an Italian-Israeli-iranian matrix that, in spite of international politics, is able to look beyond the borders and let dreams utopian worlds in three dimensions. 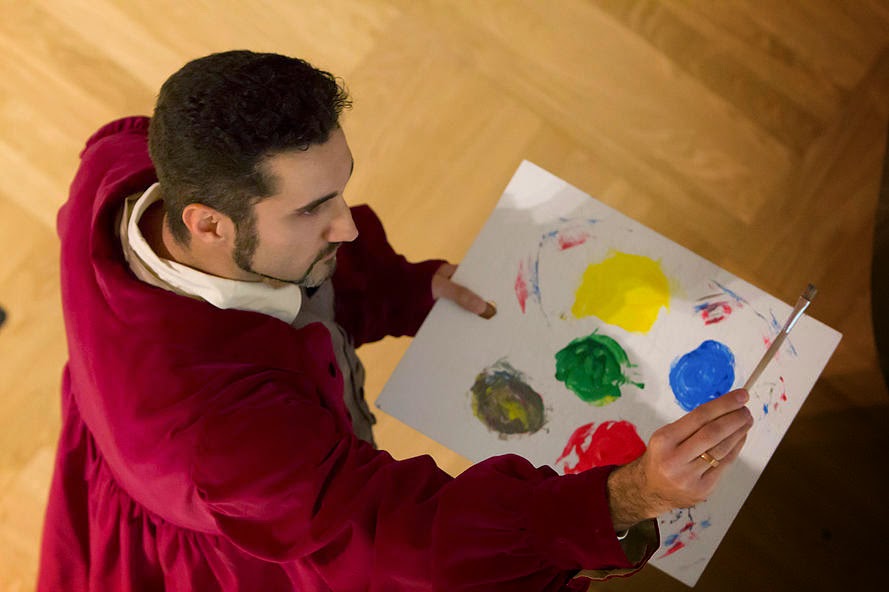 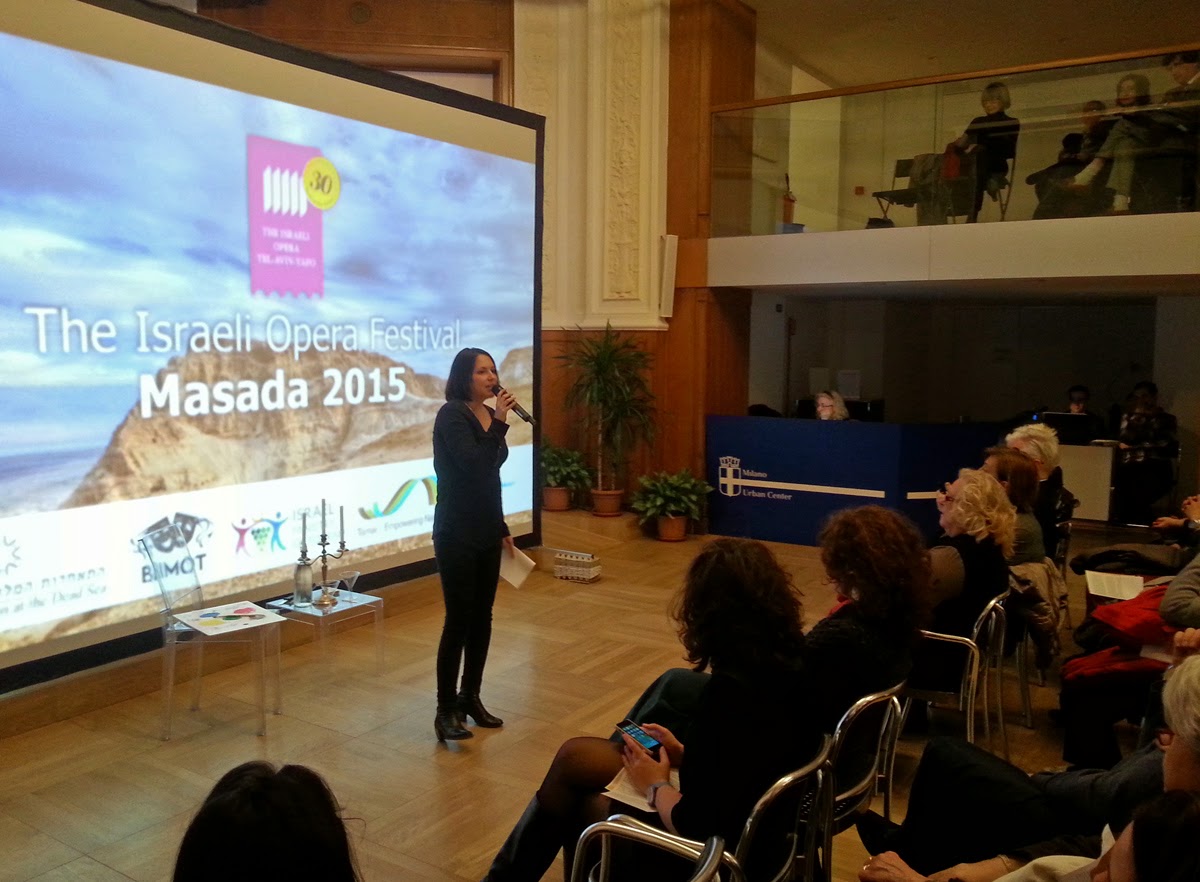 "Opera is definitely one of the languages ​​that can put in contact people of all backgrounds - reintroduce Ilanit Melchior and Avital Kotzer Adari, respectively director of Jerusalem and Israeli tourist offices in Italy - and this is why Israel opens symbolically its doors in the days of the festival. More than 700 houses and sites of the capital, part of which included also in the promotional book "A breathtaking city", can be visited during the replicas of L'Elisir D'Amore: this will allow tourists to become guests in all respects, entering into the private lives of the residents and talking face to face with artists, architects or designers". 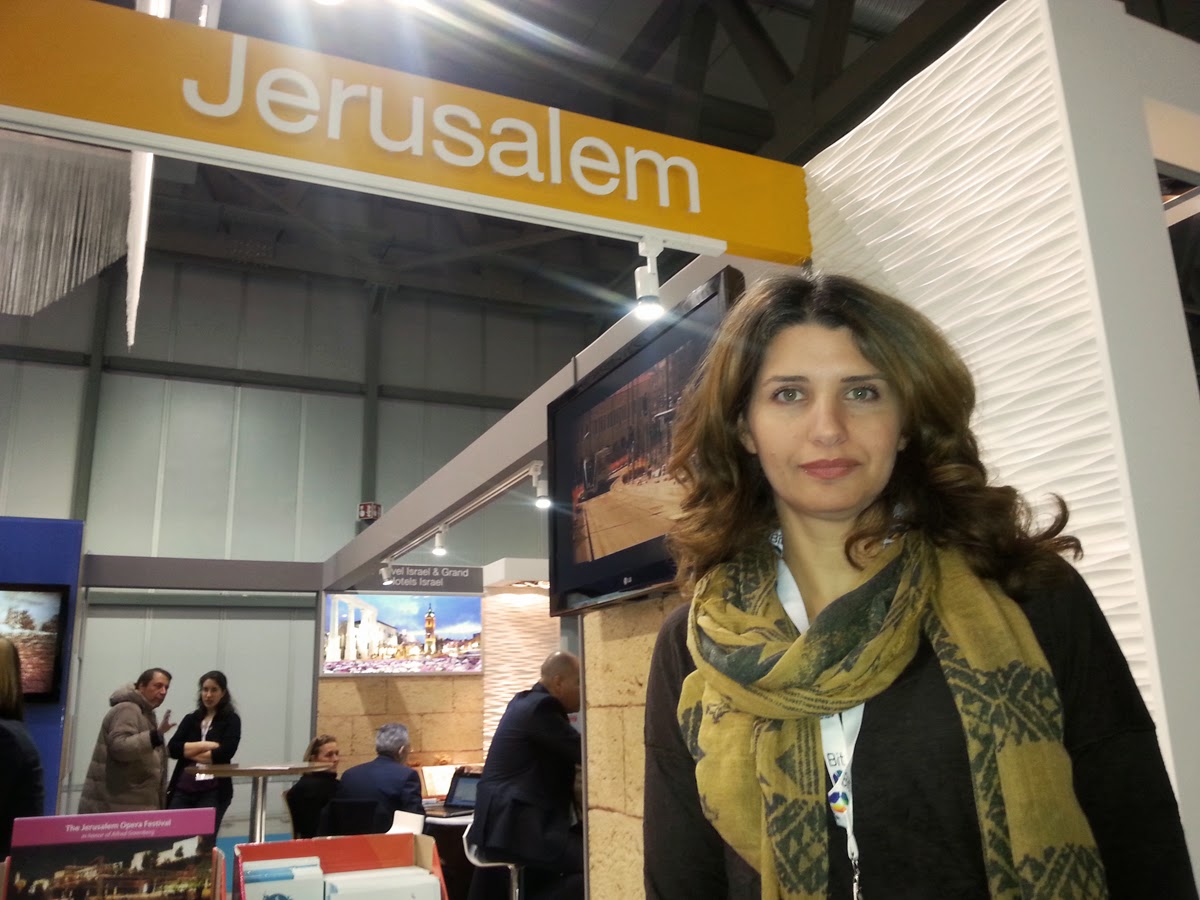 "Similar initiatives are also scheduled during the festival of sacred music, from the 1st to the 4th of September, when it’s possible to appreciate talents from Morocco or Syria. Just like the sport, which has in the marathon of Jerusalem one of his seasonal peak, music and food allow to touch the soul of our people, to absorb the convivial spirit, and it is no coincidence that these three channels have become reasons for travelling to Israel just as strong as the religious or archaeological lure". 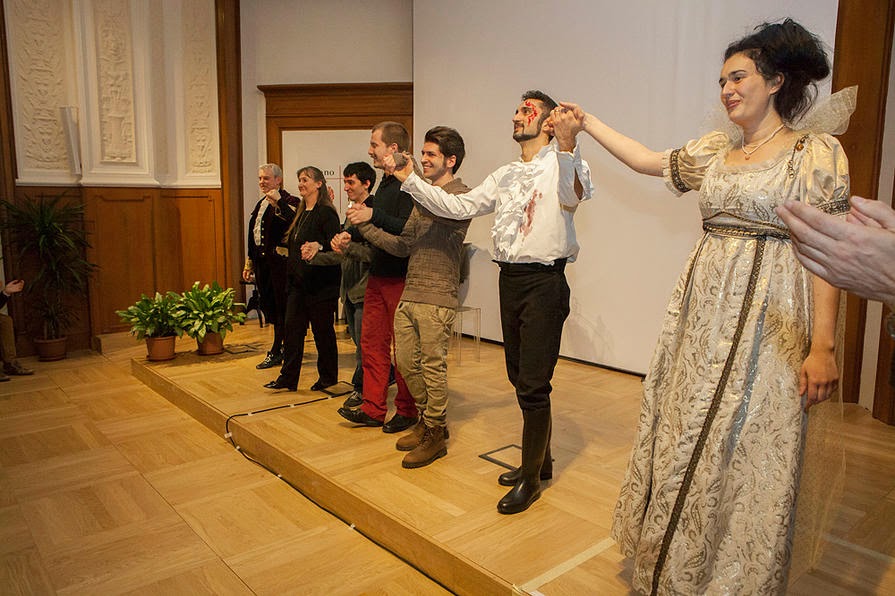 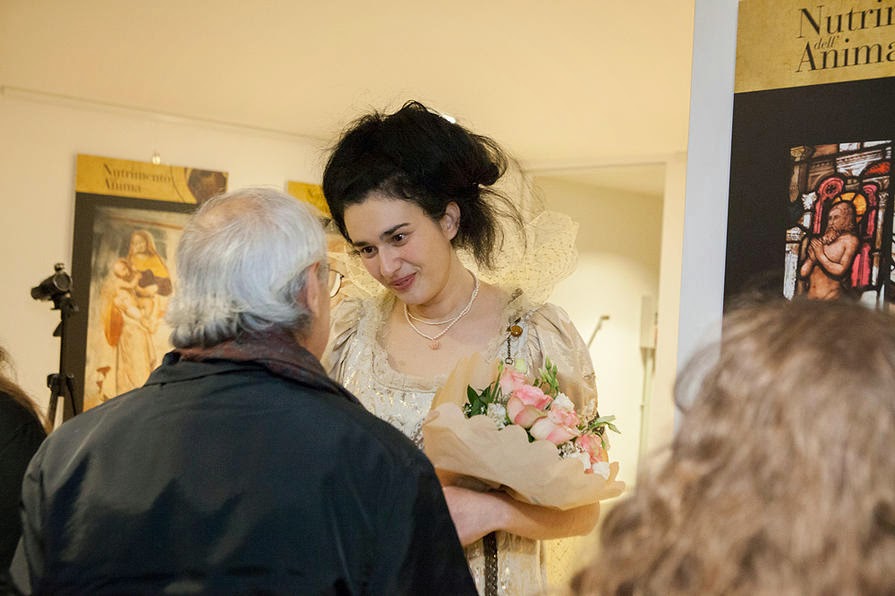 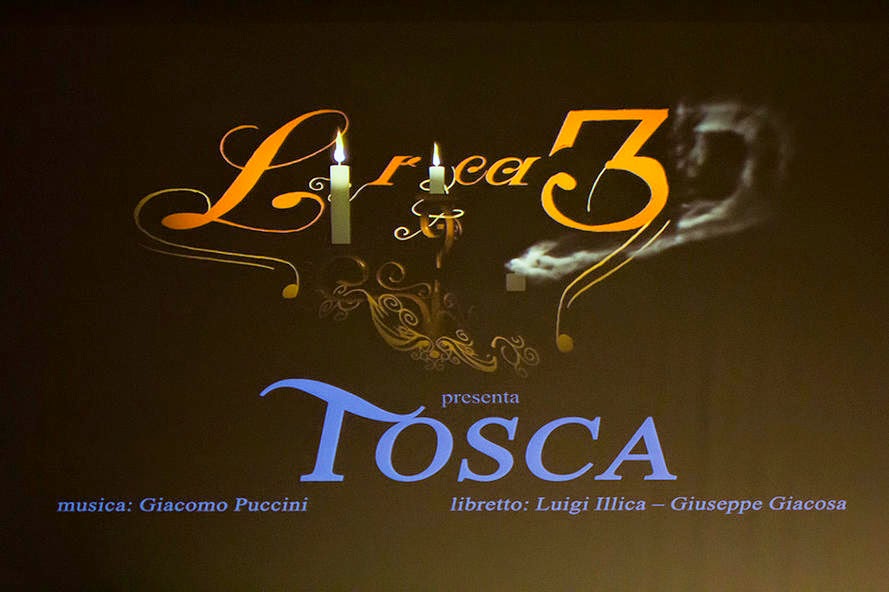 Opera as a vehicle for peace, but also as a medicine for the soul. Far from any rhetoric, during performances in Milan Lirica3D artists have wanted to pay homage to the theme of the upcoming Expo, showing how singing is in effect a food of the spirit with healing powers: according to the studies of the Austrian physician Benno Max Leser-Lasario, sounds can be modulated generating precise and localized effects. In particular, through the combination of breathing and sound, it’s possible to get a conditioning on the flow of the blood that, according to the will of those undergoing this practice, goes to "touch" literally any part of the body. More precisely, this kind of vibrations are means to act on the sympathetic and endocrine glands, so much so that the repeated use of the voice as pure tones can cure various physical ailments: “I”, which vibrates upward, attorneys benefits to the larynx, the nose, head and against headaches; “E”, however, affects the throat, vocal cords and thyroid, while “A” focuses on the esophagus, the three upper ribs and lung lobes, and is particularly beneficial for tuberculosis. Similarly, “O” - effect often clear when people pronounce the yoga OM, impacts on the centre of the chest and diaphragm, nourishing and toning the core, unlike “U”, which aims to harmonize the abdominal viscera, stomach, liver, intestines, but also gonads. The Austrian physician came to identify as many as 32 sounds and combinations thereof, adapting them to the needs of each individual and systematizing in a scientific practices already known by the art of Indian mantra. If the evocative power of moving images combines these effects, in addition to the power of suggestion of ancient lands such as Italy and Israel - for millennia centres of spiritual energy through Rome and Jerusalem - find it easy to understand why watching  today’s live opera means to revive in a new awareness.
Ulteriori informazioni: 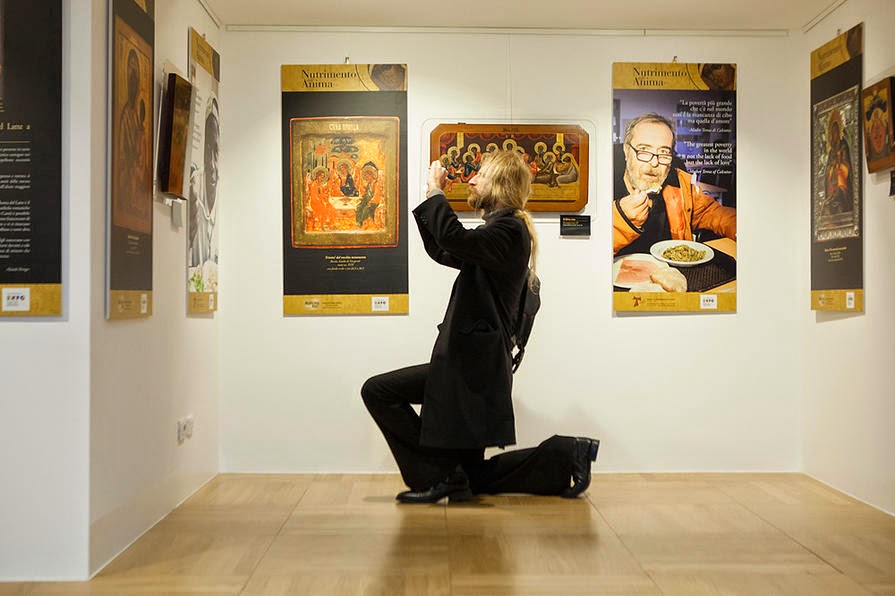 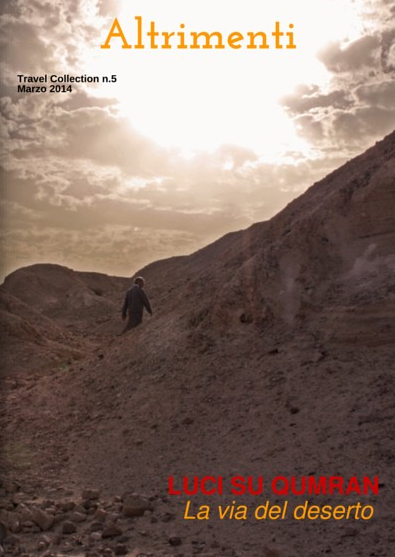