BE NORDIC/2: IF SCANDINAVIA LIGHTS UP 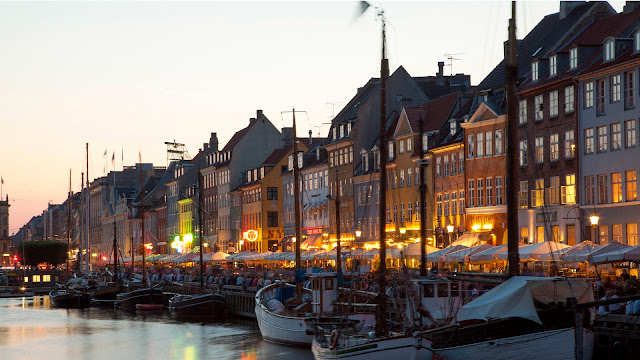 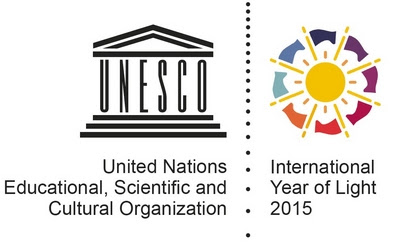 Original Italian text
The International Year of Light comes to the heart. Getting closer to the summer solstice, which falls exactly between 4.38 pm of June the 21st and 4:48 a.m of the 22nd, all eyes turn to north. Yes, to north, and not east, because few places on Earth can now compete in the number of festivals and events organized here in honor of the sun. Behind those appearing harmless forms of folklore, however, valuable clues in the reconstruction of civilization origins continue to emerge and, unexpectedly, Scandinavia seems to play a decisive role. Fire and light are elements belonging to northern sensitivity’s mystique for sure, but this becomes obvious just wandering around the Baltic region between the months of May and June. The entire Danish coast, along all its 7,500 kilometers, sees stacking piles of dead branches and twigs destined to become portentous bonfires, around which people tune "the liberating song of Midsummer Night": a traditional song written by the poet Holger Drachmann in 1885 and whose lines greet St. John’s Eve (Sankt Hans Aften), scheduled on June the 23rd. In that exact day, the waters encircling Denmark catch literally fire, but from the nearby coast of Norway they have learned to reply with a pyromaniac spirit even more uncontrollable. Aalesund has repeatedly earned the title of location capable of setting up the largest pyres in the world, stacking recycled shipment pallets. Strange passion, one would think, for a city that was literally burn down by a devastating fire in 1904, but that’s it: when the solstice comes, people go berserk. 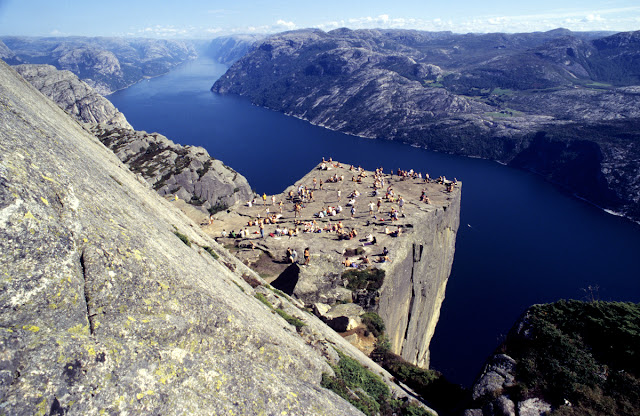 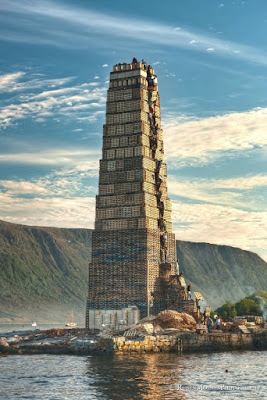 In 2010, residents have broken every record, lifting a pyre of 40.45 meters, the Slinningbaalet, even without using a crane: put out the spark on top, tradition wants that you rush to the ground as quickly as possible, in order not being devoured by flames worthy of a dragon.

Undoubtedly it must be a Freudian impulse aimed at averting new devastation similar to those of early last century, from which Aalesund, paradoxically, has got its uniqueness in all of Norway.

Thanks to German Kaiser Wilhelm II’s help, who loved to spend his holidays in the local district of Sunnmoore (still proudly attached to Nynorsk, the "new" form of written Norwegian), shortly after the fire it began to arrive in the city reconstruction material in stone rather than in the traditional wood. Setting 20 masters and over 30 architects trained in Trondheim, Charlottenburg and Berlin to work, Aalesund was built again in shapes inspired by Art Nouveau masterpieces from all over Europe, so that the city is now one of the pivots of Art Nouveau European network. 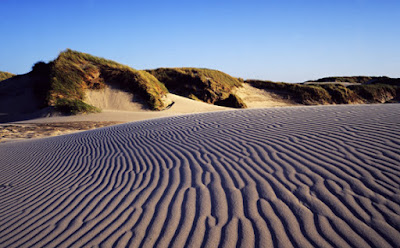 But fire is none other than the manifestation of the light on earth. They are very well aware in Skagen, symbol town of this primal and irresistible tension, at the top of the Danish Jutland: its geographical position, suspended between the North Sea and the Baltic Sea, takes advantage from an exposure to the sun much more direct than elsewhere, since the white beaches reflect a light that can bewitch artists from all over Europe. Thomas Mann’s Tonio Kroeger is perhaps one of the most exciting page of literature about it, but after that painters Poul and Anna Ancher, along with Peder Severin Krooyer, had exalted light’s peculiar intensity in the nineteenth century, Skagen has never stopped to be an inspiring destination and, today, it lives in the splendour of the art-works collected in the Skagen Museum (re-opened to the public from May, as a result of long work of rearrangement). 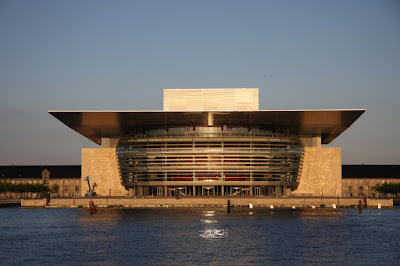 That mystical and Heidegger-style "Lichtung", of which many have spoken, was among others at the centre of Henning Larsen’s structural revolution, the Danish designer born not by chance in West Jutland and who entered architecture history having replaced the use of light instead of bricks. Outstanding examples are the Ny Carlsberg Glypyotek of Copenhangen, Nordea Bank and Danish capital’s Opera House, but also the future European Capital of Culture can compete on equal terms: a dizzying ride on the glass roof of the modern art museum Aros, in Aarhus, allows to capture continuous colour shades according to the change of light. It’s in Saeby, always near the tip of East Jutland, where you begin to grasp a more arcane truth, however: here you see what is normally invisible to the human eye. During the so-called "amber safari" at the seaside, developed by the expert Frants Kristensen of Ravsliberen company (specialized in amber polishing), each guest is asked to catch those subtle details that make an apparent rough stone a mirror of truth. Or a peripheral town as Toija, nestled in Finland between Helsinki and Turku, the legendary Iliad’s Troy. 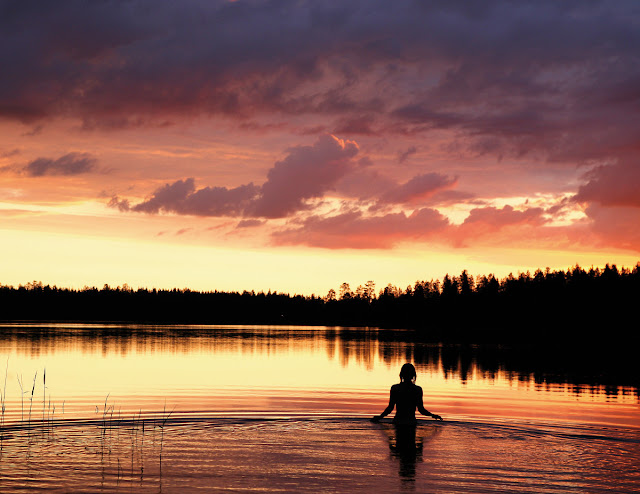 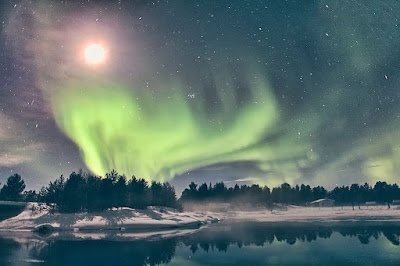 No mistake. No flash in the pan. It’s once again Felice Vinci’s work, author of the landmark book "The Baltic origins of Homer's epic tales", to redraw Scandinavia’s borders, as his eye investigates from Greenland to the remote forests of the Finns. And if the intuition that led him to replace the Odyssey between Denmark and Norway was prompted by the geographical paradox of Ogygia / Mykines island, in this case it is the peculiar behaviour of the Nordic light to confirm the roots of Homer’s war poem. From the eleventh to the eighteenth Iliad’s book, a single, unending battle between the Achaeans and Trojans rages on, but in the meanwhile a double midday happens. "Zeus, one fatal night stretched out on the violent fray, because around his son was the fatal fight". What does this excerpt mean, then? What ever is this night interspersed with two noons? Certainly it is a very strange night. To this point that, perhaps, it can change our days forever. It’s a night during which the fighting broke off not at all; indeed, it continued frantically until the next evening. 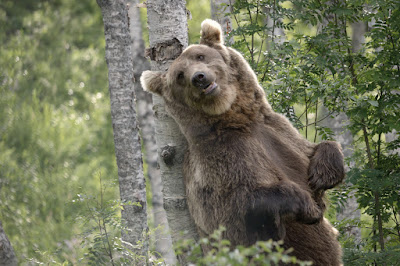 "Even in the longest days of the year, around the summer solstice - Vinci writes - there are no less than five or six hours of thick darkness in southern Europe  and, in the absence of flares or infrared viewers, it makes impossible the continuation of a battle in "normal" conditions, such as those described by the Iliad".

Not in Toija, more than 60° of latitude and only 6° from the Arctic Circle, when the sun goes down very little below the horizon in June, so that nights are enough clear and provide a certain visibility. Homer has a specific word for this phenomenon: amphilyke nyk. Clear night. Or, as we are most familiar, white night. And it is curious that among other things the Finnish term "Hämärä", indicating the twilight, sounds like the Homeric "hemera", meaning the day. 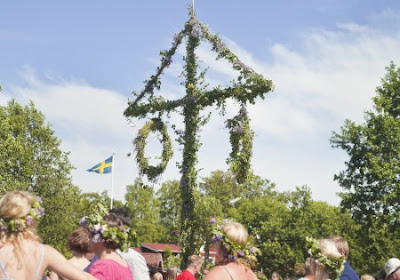 But Vinci’s analysis is articulated and full of further "enlightening" clues, especially with regard to Homer's description of a phenomenon absolutely not found in the Mediterranean area: the so-called "dancing dawn", also common to the Indian Vedas, where the goddess Ushas, ​​aka the Dawn, is described as a dancing figure. It could be just the "rotating dawn" typical of the polar latitudes, when the Sun is unable to rise over the horizon yet, but heralds the imminent end of the arctic night, as dawn shows just a circular movement of its cone of light. An event very well described by Ulysses in his approach to the island of the goddess Circe, but that also invites to watch the traditional Swedish midsummer dances with a more aware eye: like the medieval French "caroles", during which singing people dance in a circle, just as it still happens in English Christmas carols (during the winter solstice), or wanting to go further, looking at the Ancient Greek "Choroi" (surviving in the famous Sirtaki), twirling hand in hand - according to Vinci – is nothing more than an Achean rite. An ancient ritual to celebrate the return of the Sun through the Homeric "dancing Dawn". 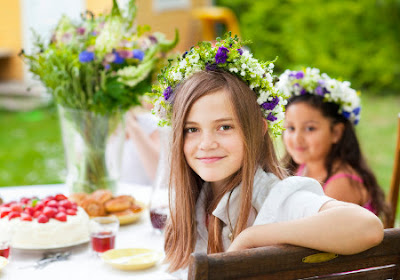 Similarly, the Swedish celebration of Midsummer, every Friday before the summer solstice, it doesn’t appear only a curious phenomenon during which the cities empty out until they became deserted, while every citizen catapults himself to the countryside to join friends or relatives: behind the collection of flowers to be woven into wreaths for the Big Tree, in the sacred rituals inviting boys and girls to set down the pillow seven kinds of flowers that will show up their future life partner in dream, as well as in the traditional family’s circle dances, it lives even today the echo of a so remote time, that drives us at least to the Bronze Age. Neither they should be taken for fools, as writer Arto Paasilinna suspects, those Finns who celebrate the solstice through six bizarre spells, shown in the last video of VisitFinland: naked girls rolling in wheat fields, other ones seeking shamrocks to tighten by the chest; then those who gather bouquets with eight different flowers or try to predict the future through coloured threads, getting to others who intertwine whips for the sauna and fling them eager to know the direction of fall, or even put themselves in listening to the first sound of the morning. 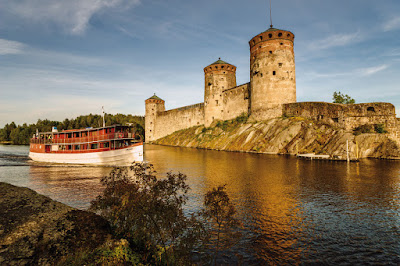 Strange to say, but they just might be the heirs of the glorious Homeric heroes. Do not laugh Italians, whose Trojan roots should encourage a greater caution: indeed, they would make better to consider the Finns closer than they think, since the suspicious similarities between the Finnish town of Padva and Italic Padova, between Abo and Abano, Salo and Salò, as well as in the many matches which the Italian-Finnish toponymy suggests, they may finally find some distant relative. Or, simply, a reason to twin themselves in the footsteps of an ancient cultural and archaeological emigration that, beyond illusory borders, holds Europe in one big family. And today, it comes back to do it in the name of the city which first joined its forces: Troy, or Toija if you prefer. That small Finnish town in front of which, just one kilometre to the east, an hilly area looking towards Kisko still rises (a name of suspect similarity with the Trojan "Skean gates"). Over there you can contemplate a plain now filled by the waters of Lake Kirkkojaervi, but also where flow two rivers, whose hydrography exactly fits the ancient Simois and Scamander; where again you see a relief that Homer called Batiea and behind which, among reeds and ponds, a bumpy waterlogged soil has never stopped singing "Ida of many sources."


www.visitfinland.com
Posted by Altrimenti at 12:54 PM