EXPO2015: The Lombardy to Milan, to Monza the Longobardy 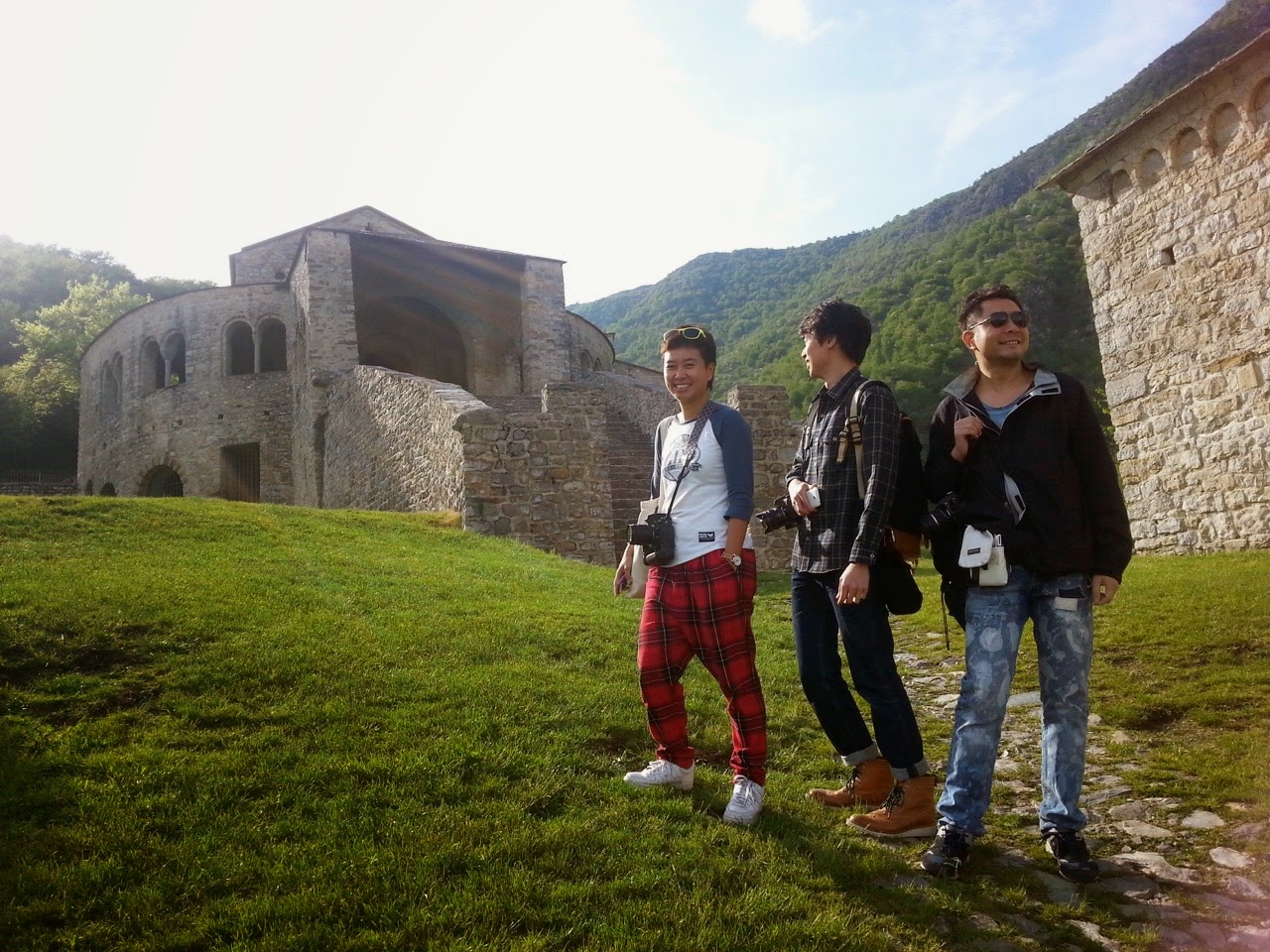 Original Italian Text here
Brianza of few words, but always pragmatic. Honoring the reputation of his tireless workers, the legendary strip of land wedged between Milan and Lake Como has been able to take the thunder away from Expo2015 opening, held last May the 1st. On the eve of the great international event, three journalists from Hong Kong have gone north of Milan to fully understand its cultural and productive background, with the aim of making this area the new trendy destination for Chinese tourism. A project made possible thanks to the information and support offered by Altrimenti.net that, in collaboration with the Chamber of Commerce of Monza and Brianza, allowed to lead the press visit of Kengi Tsui, Alvin Lee and Richard Fung beyond known boundaries: because visiting the area north of Milan means first going back to the roots of Lombardy, the region that has inscribed in its very name the legacy of one of the most charming Italian civilization, although still little known in her actual value. The Longobards. 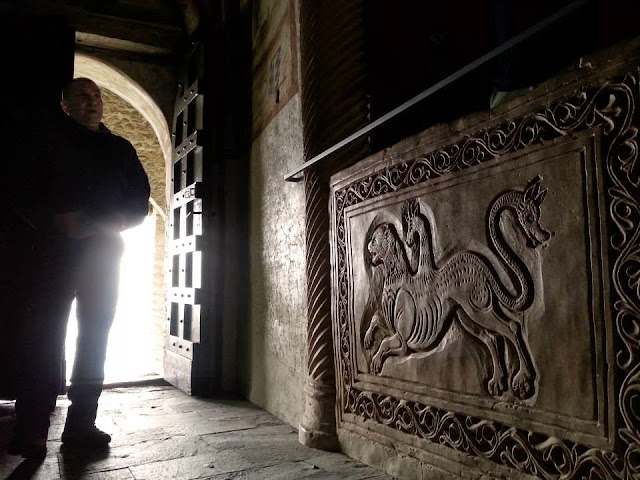 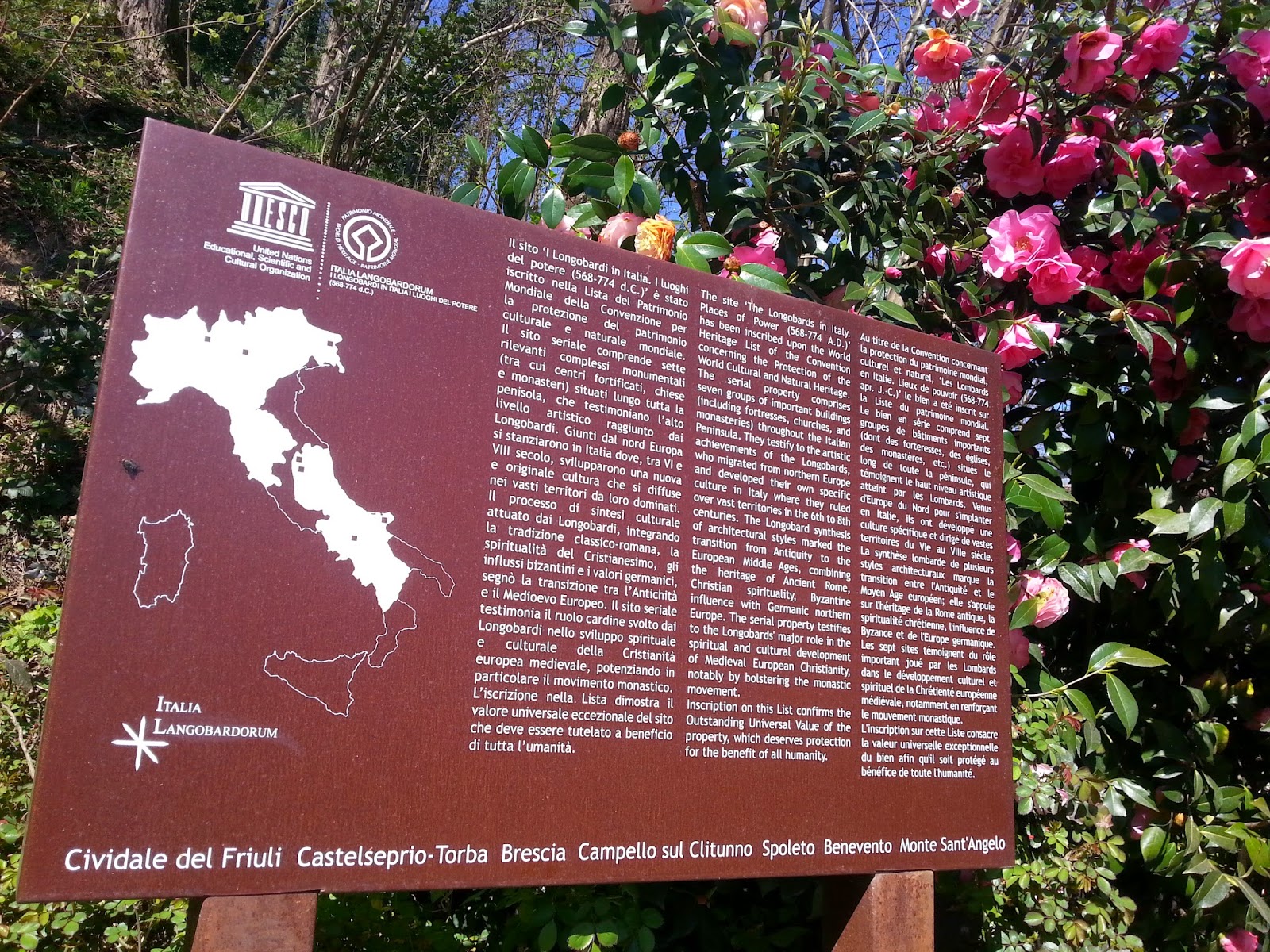 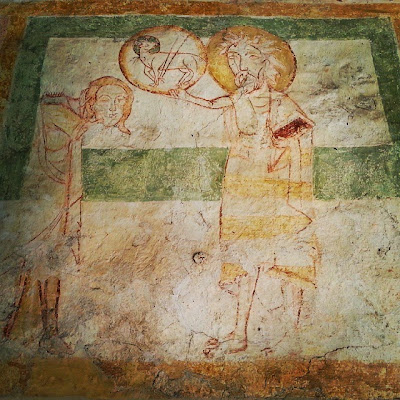 The reasons appear logistical mostly. As the project Italia Langobardorum is under Unesco protection for some years, the distances between a place of the network and the other one often prevent to appreciate it in all its treasures, while the lacking-classification of some key sites - such as those in Brianza - however returns a partial experience. Too many the kilometers separating the city centre of the first duchy, Cividale del Friuli, as opposed to the monastery of Santa Giulia in Brescia, where Ermengarde’s tragedy wore out (the last Longobard queen repudiated by the Frankish emperor). Difficult to reach the fort and the Basilica of Spoleto, or the perched temple of Clitunno in central Italy, knowing that you must then go down up to the sacred sites of Benevento and Monte Sant'Angelo in Apulia, where Archangel Michael’s Christian worship overlay god Woden’s one in the extraordinary Karstic formations of the Gargano National Park. Without many days available, given that the average stay of those who visit Milan and Lombardy lasts two nights yet, it’s better pointing directly to the heart of the old Italian kingdom. 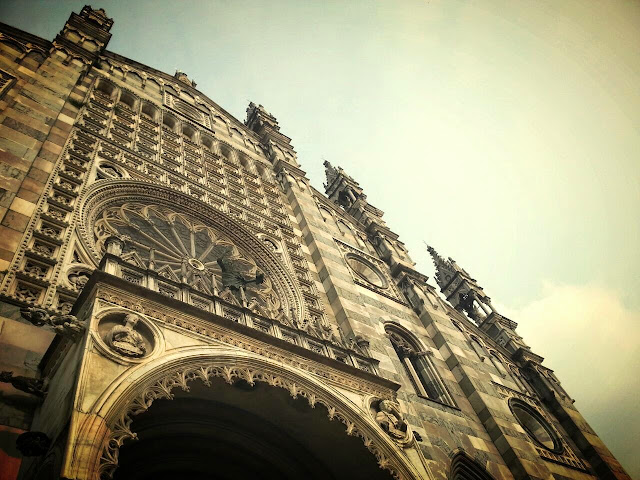 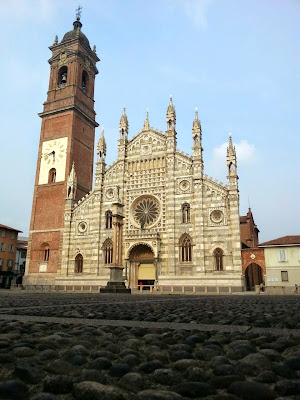 Following Longobards’ parabola, developed between the sixth and eighth centuries AD, it’s possible to understand that first decisive fusion between the Latin, Germanic and Slavic worlds, which enabled Europe to change its face after the millennial and monolithic supremacy of Rome. The queen who made great Monza through the conversion of its people to Christianity, and who is buried today in the Gothic cathedral of the city, is therefore the focal point of a vital route along which crop up some of the most precious and emblematic treasures of Lombardy. Although Monza and Pavia often remain off the visiting maps of those who arrive in Milan, the two ancient capitals of the Longobards are an ideal double starting point, as related to the same thread.

The coronation of the greatest kings of Italy, as well as that of the emperors of Europe, always passed by these two poles, in the name of the three crowns imposed by the Germanic tradition next to the Roman era: the silver crown of Aachen in Germany, the gold one in Rome and the iron one in Monza, which year by year became one of the most sacred and desirable vestiges. 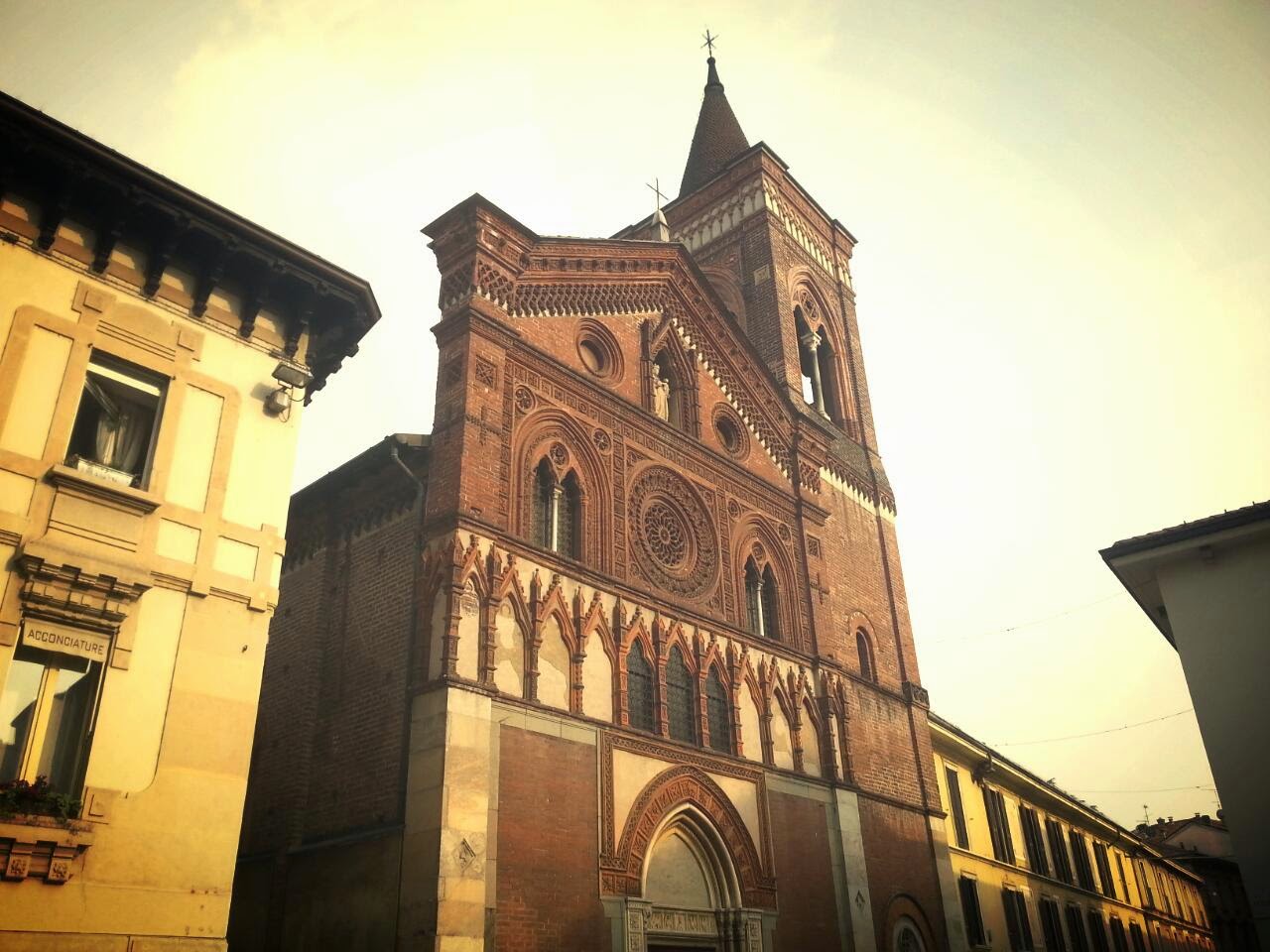 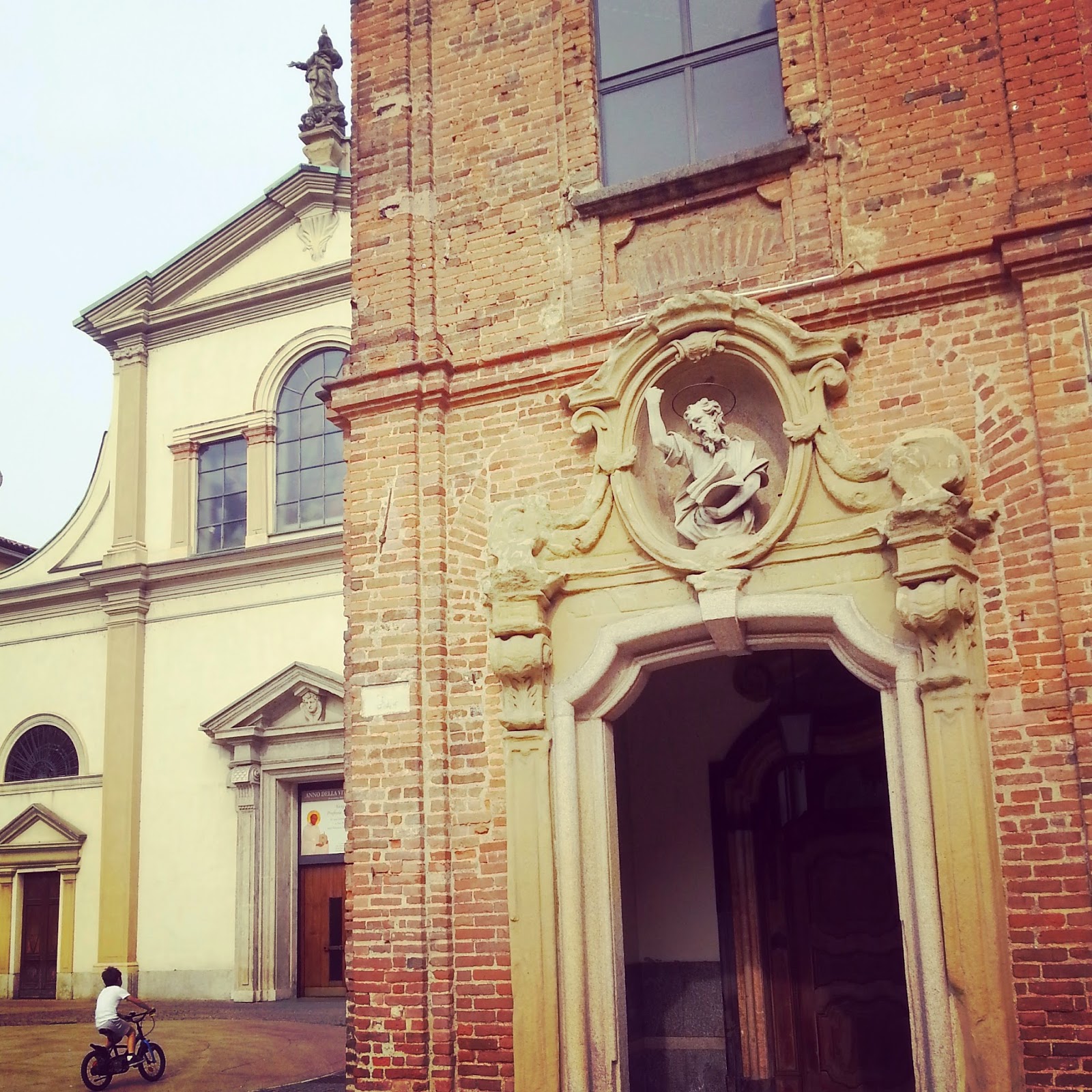 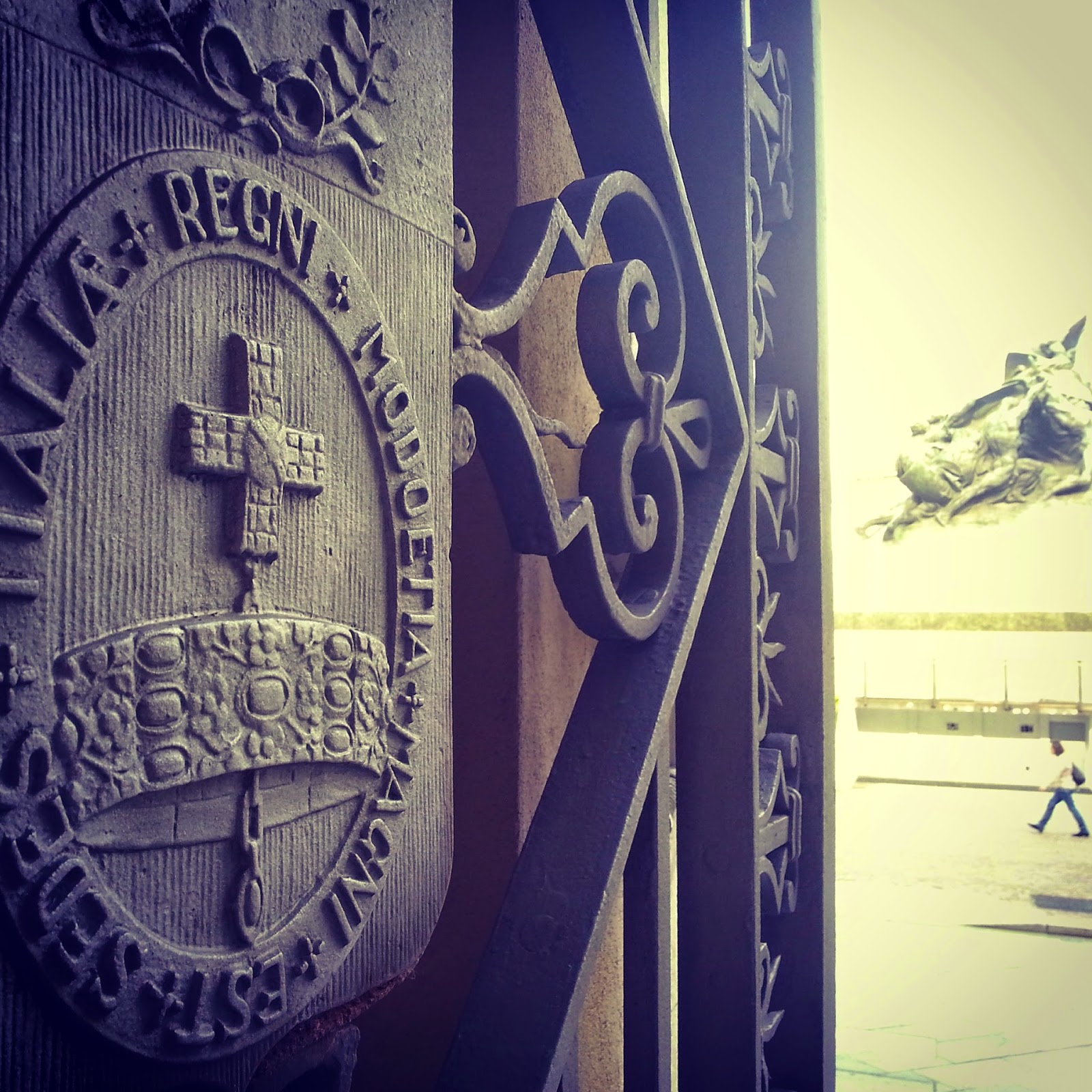 The legend, saying it was made through the merger of a nail Christ was crucified with, has induced the greatest European monarchs do not accept the actual investiture, without being able to put the "iron crown" on their heads: even the Emperor Napoleon Bonaparte, recognised as a typical rationalist of the XVIII century, did not escape the secret charm of the relic, now kept in the altar of Teodolinda’s Chapel in Monza and accessible through the visit to the museum of the Cathedral Treasury. But if Pavia requires at least a full day to appreciate its Visconti castle, its famous covered bridge over the river Ticino or the even more famous and magnificent Certosa, Monza has certainly the advantage that it can be reached by train in less than ten minutes away from the heart of Milan, as well as offering some of its main amenities within walking distance: from the proud town hall in the very centre of the city, the Arengario of the thirteenth century, to the ancient home of Humiliati, a brotherhood that contributed so much to the development of wool processing (today relaunched by the protection of the prized Briantea sheep), passing by the imposing Royal Villa, neoclassical mansion commissioned by Empress Maria Theresa of Austria in 1777 and enheanced by the amazing Museum of Design, every phase of Lombard development finds in Monza a not only monumental, but living testimony. Just think of the excellence in the field of woodworking, perhaps one of the best known Brianza’s sector of production in the world, able to place side by side the extraordinary Museum of Wood in Cantù and Studio Apeiron’s young talents in Sovico, or export giants like Paolo Lucchetta from Meda. 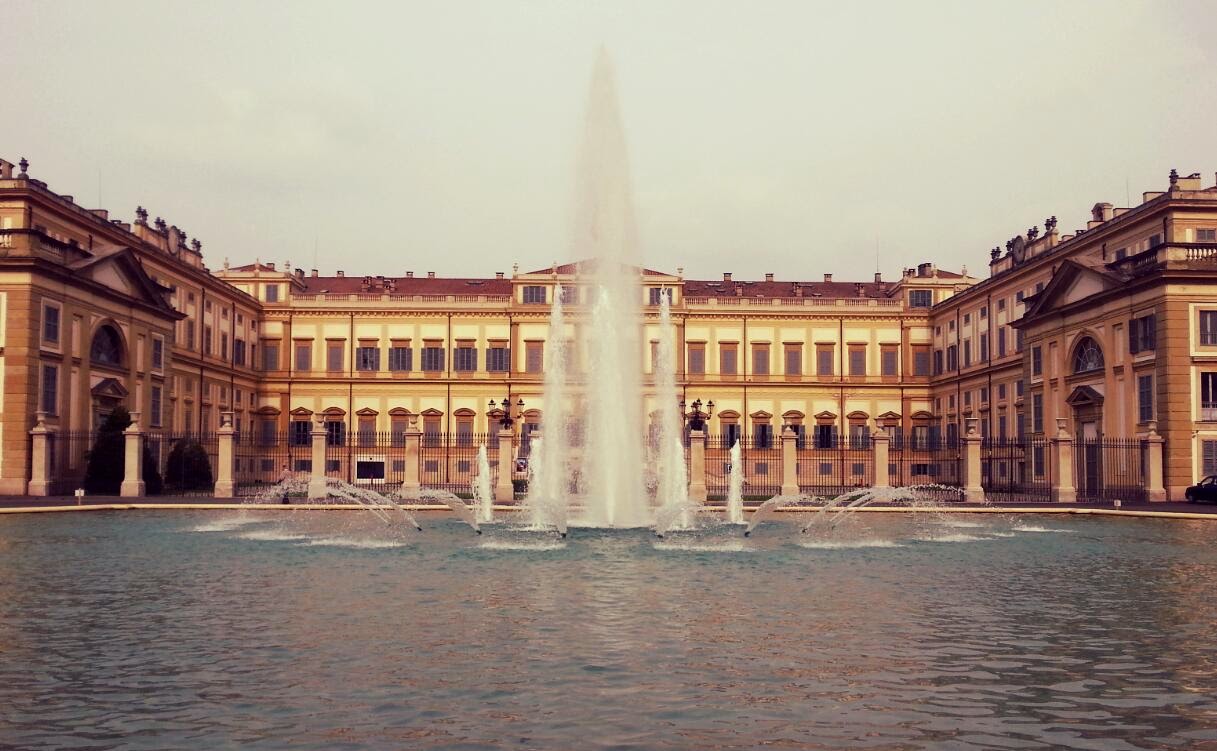 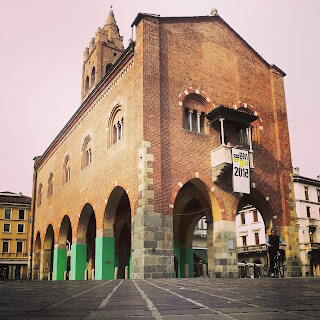 If the new design road makes it possible to enter directly showrooms and outlets of companies that are also world leaders in the field of fashion and furnishings, on the spur of Expo-moment is reviving one of the sectors which has been the true economic engine of the territory for centuries, although almost disappeared because of over 90 thousand small-medium enterprises flowering: whether pink asparagus of Mezzago, white potato of Oreno or seasoned meats of Marco d'Oggiono, coming to the recovery of the wine tradition enhanced by Count Carlo Verri’s studies in Biassono or to the imposing silk production, local agriculture (just 1.5% of the business in Brianza today) finds in the provincial capital a strategic showcase to fully know its unique production. Delights which, once again, point to the medieval period, but are also served in the 18 restaurants participating in the festival "Colours and Flavours of Monza and Brianza": the perfect opportunity to indulge in the pleasures of food. 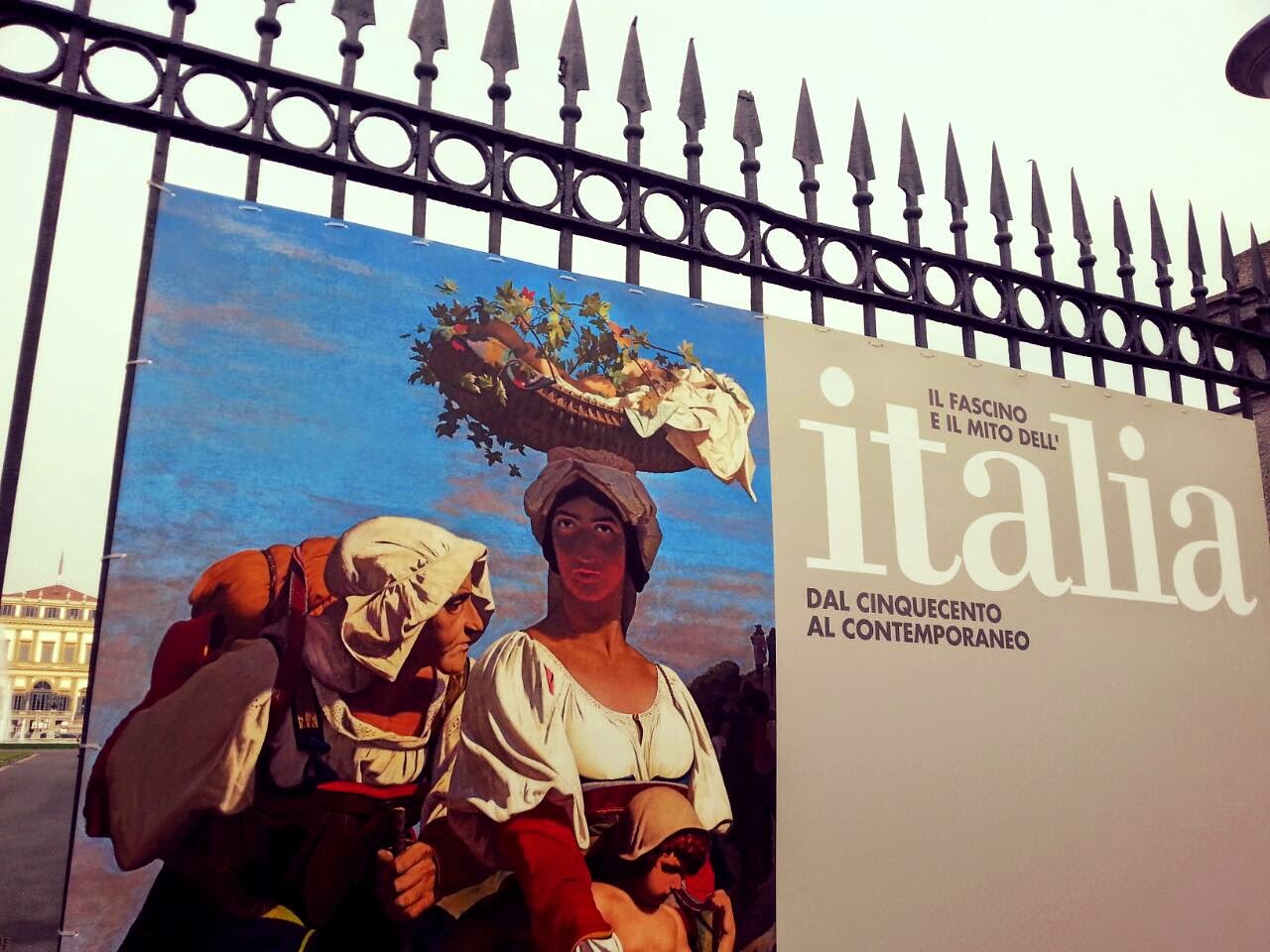 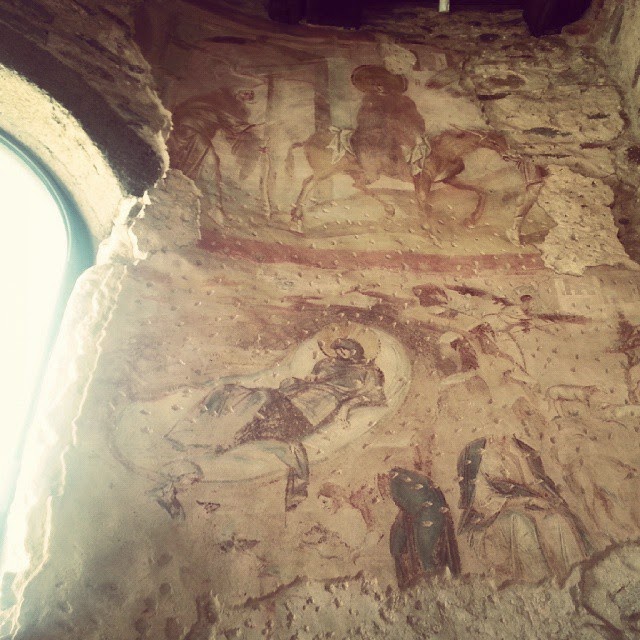 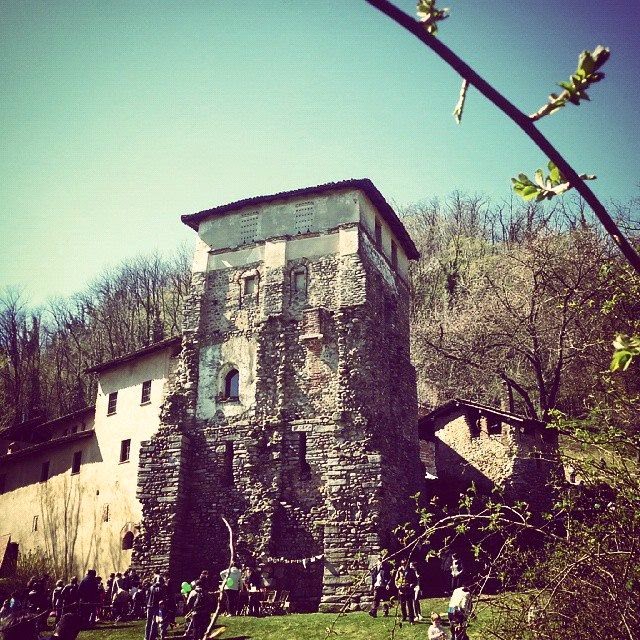 Thanks to the activities of the School of Agriculture in Monza Park, that is the largest fenced green reserve in Europe with its 685 hectares (so that it can accommodate even the Formula 1 racetrack along which individuals themselves have the chance to run) , soil-products of Brianza fit a quality brand for sure.

On the road  from the airport of Milan Malpensa to Monza it is also possible to dive already into the outstanding Longobards legacy.

The site of Torba, included in Italia Langobardorum project, is one of the best preserved examples of Roman late-imperial fortifications (converted into a monastery then) and is next to an archaeological park recognised by UNESCO: the hill of Castelseprio, perfect example of urban-military reorganization in the so-called era of "barbarian invasions", also hides the enigmatic chapel of Santa Maria Foris Portas, whose frescoes - perhaps dating back to the fifth century AD - suggest an apocryphal Christian tradition with no equal in Italy. 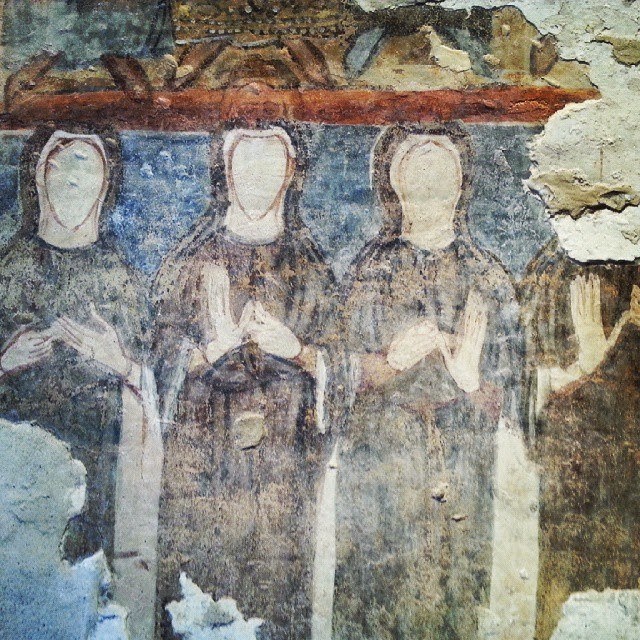 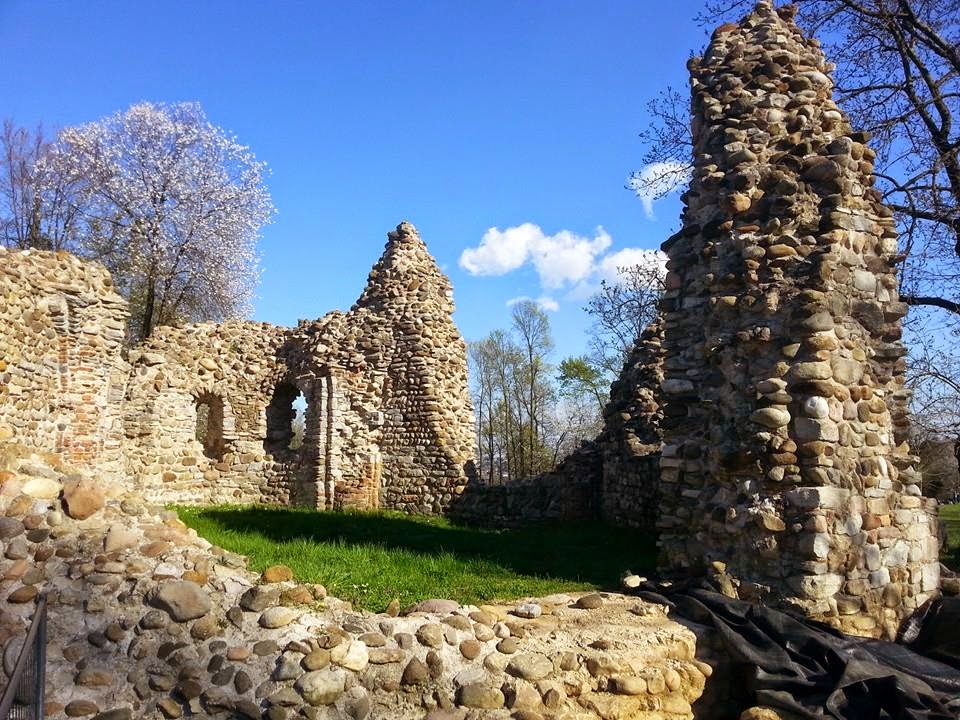 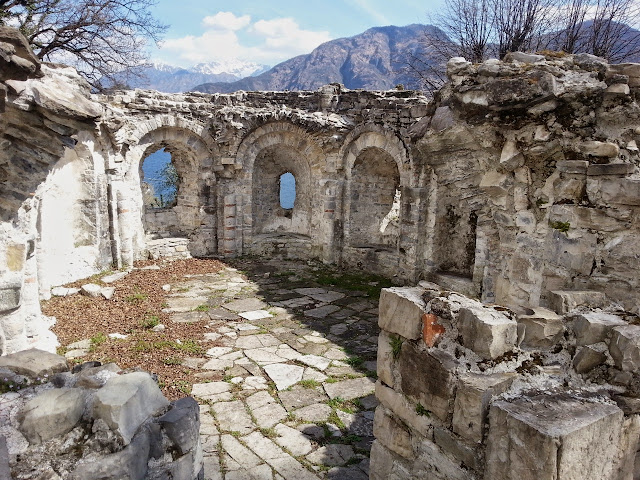 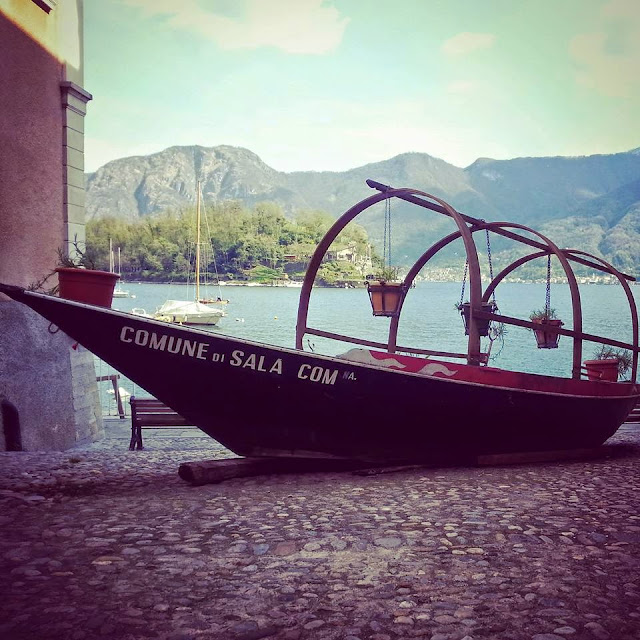 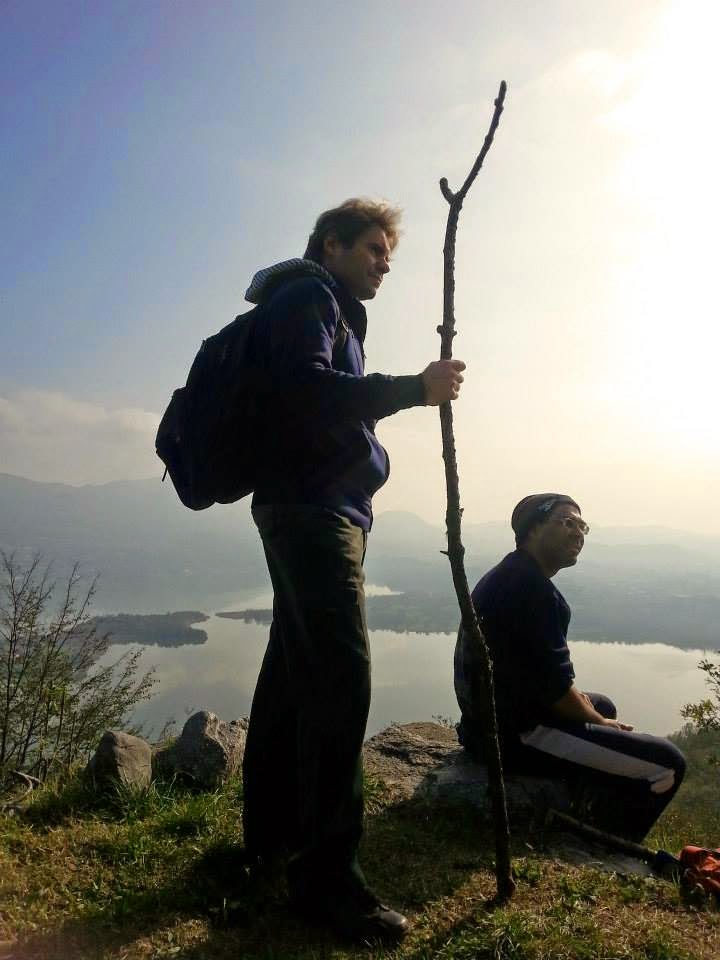 To find a style at least akin to, it’s necessary to reach the remote monastery of San Pietro al Monte, on the top of Cornizzolo in Civate: gateway to the beautiful area of ​​the Brianza lakes and monument destined to become the next UNESCO Lombard site. The cycle of frescoes, among the best preserved of the Romanesque period, the priceless natural environment, as well as the legends about the last prince of the Longobards, Adelchi, make it one of the worldwide artistic heights for sure. As if to close a perfect circle time, on nearby Lake Como the epic of Longobards faces its beginning and its end.

On one hand the archaeological treasures of the island Comacina, original centre of the biggest high-medieval masters, allow us to reconstruct the delicate phase of clash between the declining Byzantine hegemony in Italy and the arrival of new Longobards rulers, moreover provinding the chance to be accomodated by the houses for artists among its forests.

On the other, looking on the opposite side of the lake, where the inner Gulf of Piona opens to north, there is the Cistercian abbey of the same name, whose roots date back to the Longobards period, but already projected toward the monastic phase of the later Middle Ages. In other words: three centuries, in less than 30 kilometers. 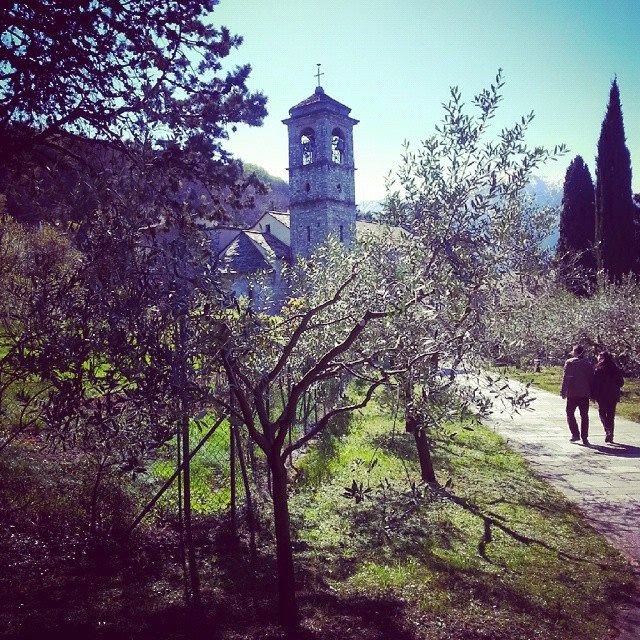 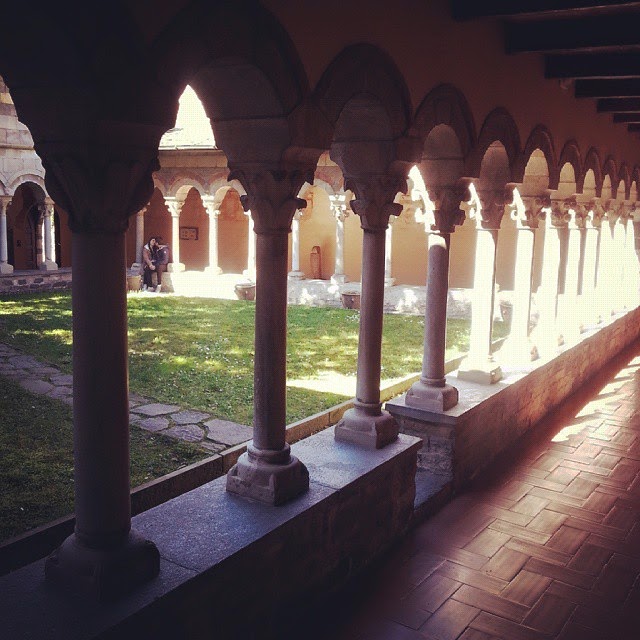 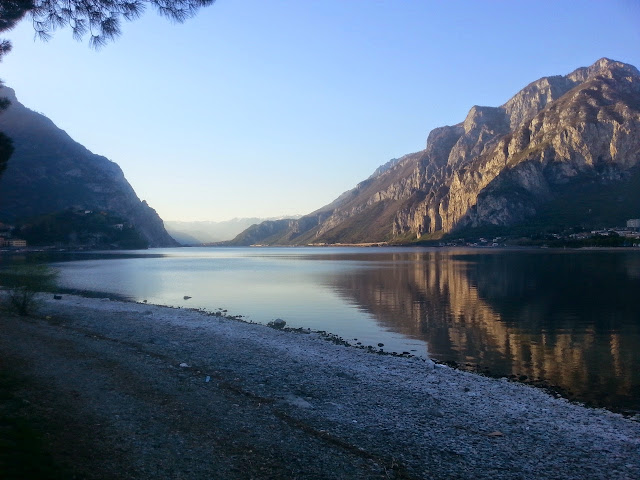 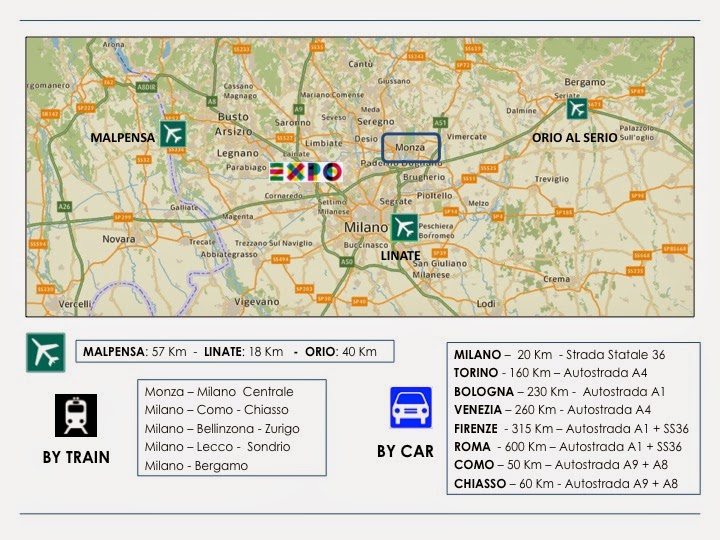 Posted by Altrimenti at 3:21 PM