In the life of each of us, sooner or later, it is revealed a road that has all the appearance of a way. It is not easy to recognize it and, surely, you must explore the length and breadth of the world before having awareness of. Two years ago, in Goebekli Tepe (Turkey), I had the first live presentiment; today I know that what was both a point of arrival and departure. Where it is arousing, towards which unknown continent of the soul it drives, it will be told only by the tireless step of those who, in their heart, still bring the memory of predecessors who leave us ... 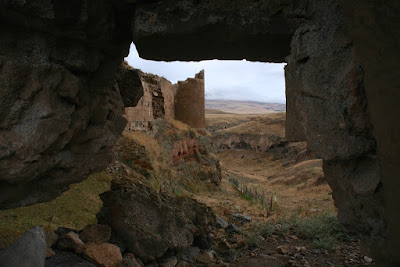 Original Italian text here
Sezai Yazici’s call has not fallen on deaf ears. When a little over a year ago he took the floor during the "International Symposium Ani-Kars", as an historical researcher, his statements on the discovery of an underground unexplored city, 500 meters below the ancient Armenian ruins of Ani, largely floored the audience of “Kavkas" university in Kars.

Visiting the archaeological site of the ghost capital of Urartu’s kingdom, one of the less valued UNESCO Heritages in the world, is certainly not the first goal of those who arrive in Turkey today. Inexplicable fact, at a closer look: despite the lack of available public transports linking it to Kars, about forty kilometers away, to find a taxi into town costs just a question to your innkeeper and ten Euros for the ride. Unlike some years ago, moreover, you do not even need the issue of a special permit by the police office. 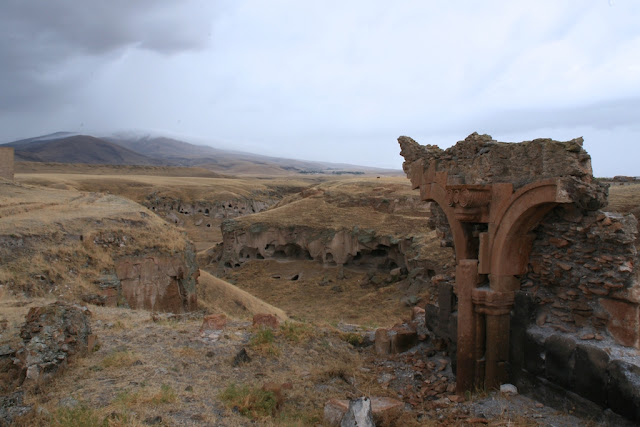 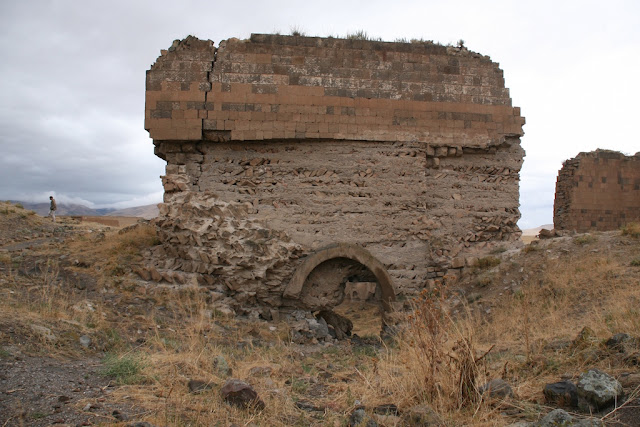 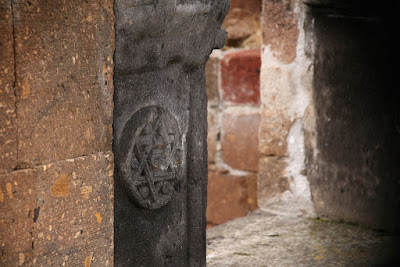 Ani, however, preserves the flavor of a still disputed land, being kept under monitoring by a Russian military base in Armenian territory, due to the fact that Turkish soldiers armed to the teeth are carefully camouflaged in the steppes of the extreme eastern Anatolia.

Although mortally affected by the invasion of the Mongols in 1236, impartial in putting to the sword Christians, Jews, Muslims and Zoroaster’s worshipers allocated on its territory, "the 40 gates city" has managed to keep a golden secret. 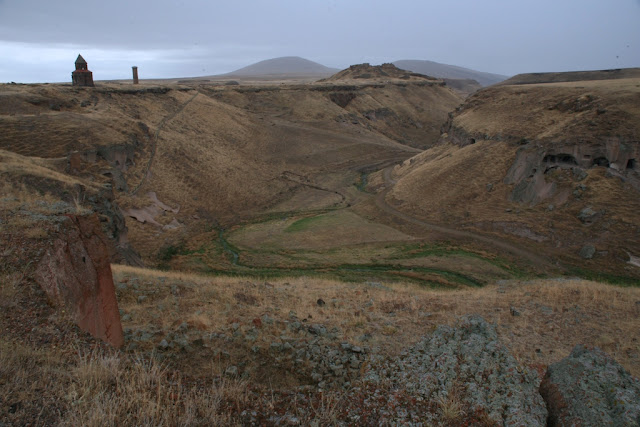 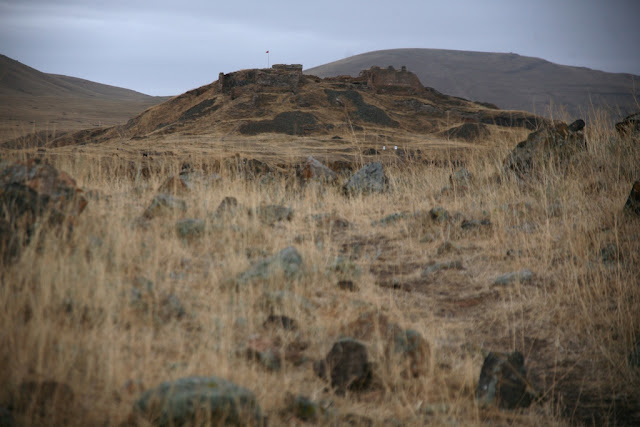 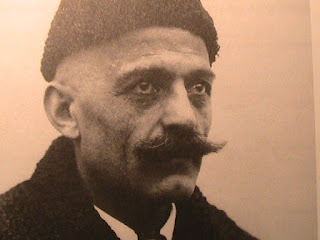 A revelation that can radically transform the lives of those who dare to go through its mighty ocher walls, as long as you keep in mind the memories of the spiritual master George Ivanovitch Gurdjieff: "Our worthy Father Telvant has finally managed to learn the truth about the Brotherhood Sarmoung. Their organization, indeed, was near the city of Siranoush fifty years ago, shortly after the migration of peoples”.

These are the exact words that the enigmatic upturned-mustache traveler deciphered on a tablet found in the 1880s just in Ani, digging with his friend Pogosyan: they referred to that Brotherhood which they had often read about in Merkhavat, perhaps a book attributable to the oldest Jewish mystical movement (Merkavah, "The Throne of God’s Carriage") and that, in years to come, became almost an obsession for him. 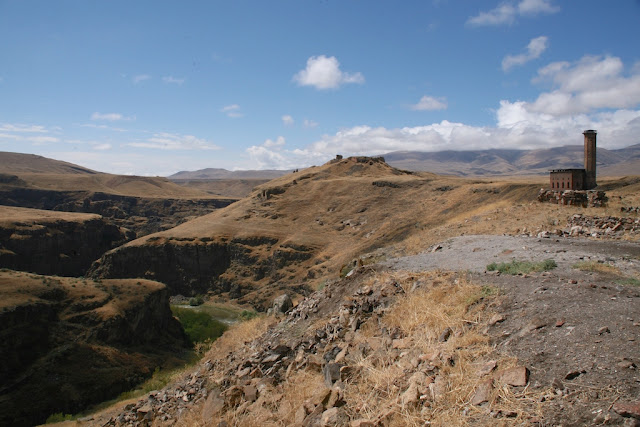 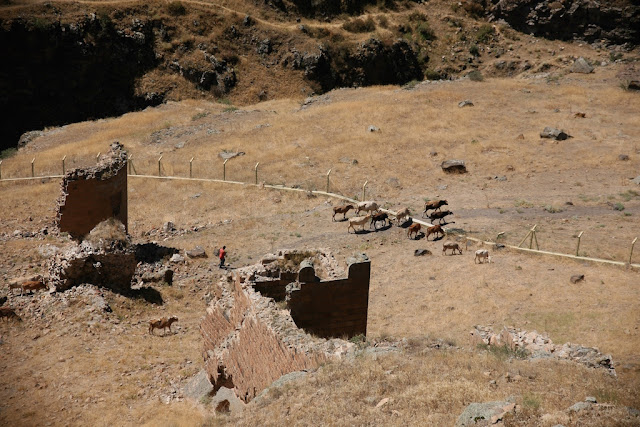 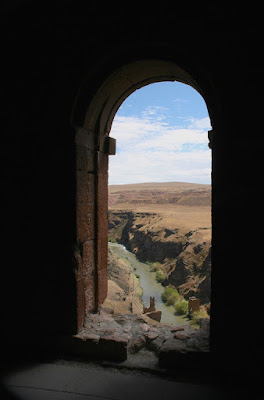 Much has been debated whether the subsequent Gurdjieff’s contacts with acclaimed Sarmoung, exponents, of which he recounts in his autobiography, "Meetings with Remarkable Men", could actually be ascribed to an original Brotherhood, or rather were not allusions to those stages of spiritual initiation typical of Sufi mysticism. Unlikely that Sezai Yazici’s discoveries can thin out the fog.

Although the Turkish scholar has publicly called for the archaeological research continues to shed light on the incredible network of more than 800 tunnels, houses, temples and traps hidden under Ani, one could wonder if the man of today, so deeply dried up in self-caring and rather unaware of its spiritual dimension, owns intellectual tools suitable for access to this treasure.

And, above all, whether he is ready to accept the ultimate trial that has been calling to, since the days of Babylon. 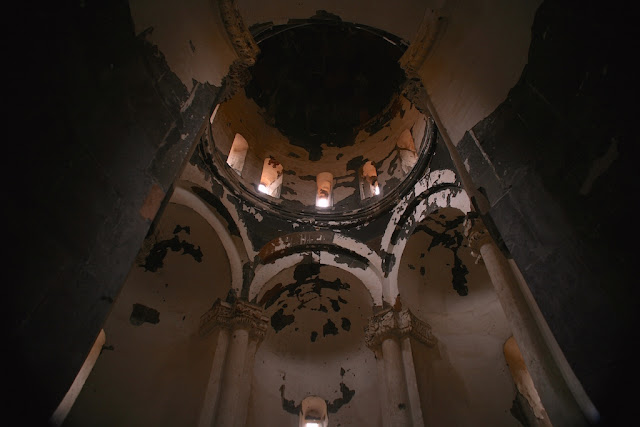 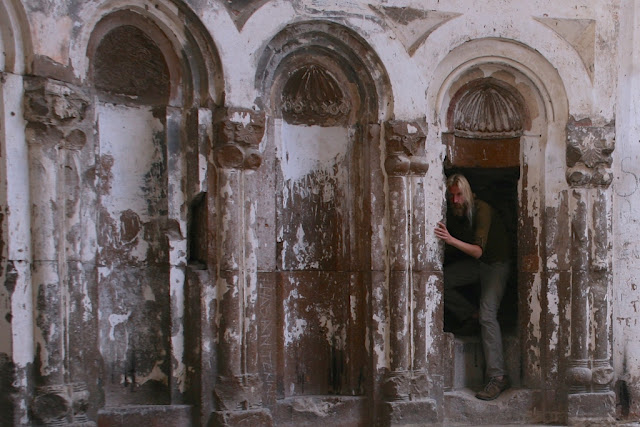 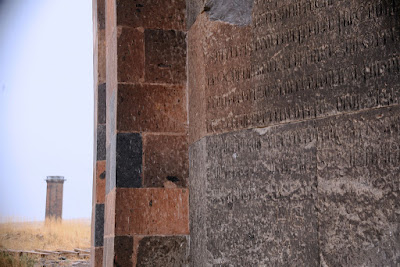 A careful reflection on the same word Sarmoung, transcription of Persian term "Sarman" according to the Armenian pronunciation, already provides good reasons to move cautiously: "The word can be interpreted in three ways. - says John Godolphin Bennet, British mathematician and Gurdjieff’s collaborator - It is the word for bee, which has always been a symbol of those who collect the precious 'honey' of traditional wisdom and preserve it for further generations. A collection of legends, well known in Armenian and Syrian circles with the title of The Bees, was revised by Mar Salamon, a Nestorian Archimandrite in the thirteenth century. “The Bees” refers to a mysterious power transmitted from the time of Zoroaster and made manifest in the time of Christ.... “Man” is Persian meaning as the quality transmitted by heredity and hence a distinguished family or race. It can be the repository of an heirloom or tradition. The word “sar” means head, both literally and in the sense of principal or chief. The combination “sarman" would thus mean the chief repository of the tradition." Yet another possibility was "those whose heads have been purified", or according to the esoteric tradition, the Enlighted”. 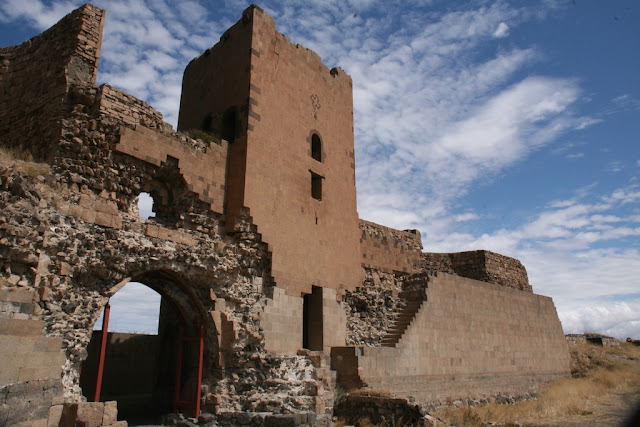 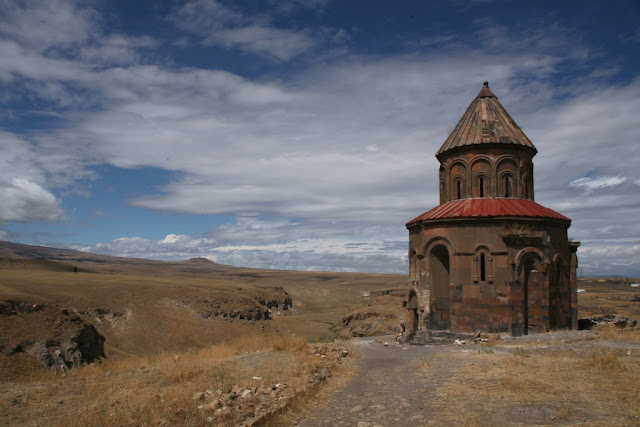 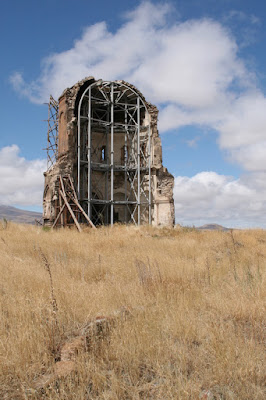 However, the symbol of the bee, in its constant association with the lily, not only was taken up by Freemasonry and that amazing "world' soul" who was Napoleon - of which are preserved amazing testimonies in the heart of the Caucasus  to this day - but also refers to the Pharaonic dynasties of ancient Egypt; Pharaoh, in fact, it was referred to as "King Bee", or "Cape Bee".

Consequently, the ruins on the surface aren’t really suitable to provide the best information on the possible presence of Sarmoung in Ani: you can walk under the lion's head carved on the door Arslan Kapisi, or ask why only the exact middle of the Church of the Redeemer is left standing, but it is difficult to guess what might be the city before the eleventh century, when it vied with Byzantium and Rome for beauty and population. The ancient Armenian inscriptions lining the facade of the Church of Saint Gregory, like the intricate “khachkar” crosses of the Convent of the Virgin or the mosque Menuçer speak of an Ani constantly struggling to defend its independence, under the double grip of the Seljuks and Byzantines. A delicious bite along the Silk Road, of which the remains of a bridge crumbled in the gorges of Akhurian river are now the symbol of a broken tradition, but not interrupted.

No coincidence that the first writings depict Ani as a mighty fortress strategically perched on the steppes, in the fifth century AD; but it is precisely at this time that the Sarmoung make lose track of themselves. After a lengthy stay in the territories of Mesopotamia from 2500 BC to the collapse of the Roman Empire, the ancient descendants of the Assyrians disappear in a few decades. They flee. They scattered themselves in Central Asia, supposedly going to take refuge in the inaccessible caves of  Hindu Kush, together with a wealth of knowledge dating back perhaps to the Sumerians, even to Egypt prior to the Sahara desertification. The secrecy, for Sarmoung, was a key aspect of their teaching, since knowledge was transmitted only to the ones who might have proved themselves worthy and able to avoid its manipulation for the fulfillment of petty desires. 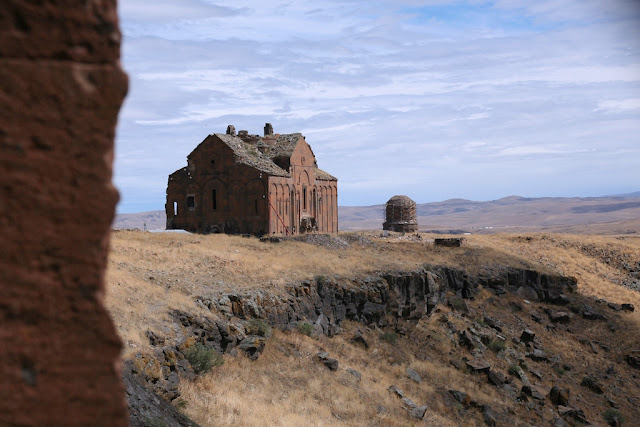 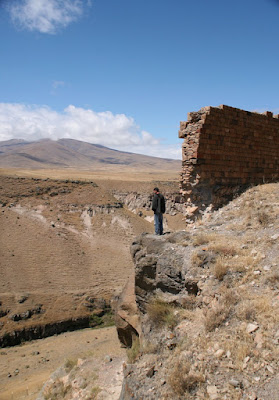 It is assumed that the intricate underground system of Ani, whose antiquity goes far beyond the historical epic of the surface city, preserves precious clues to find these arcane knowledge.

Waiting for the politics resolve their games, hoping the institutions find sufficient funds to continue the studies of the only true enhancement project fulfilled for Ani (the one of the Academy of Sciences in St. Petersburg, headed by archaeologist Nikolai Marr in 1892), someone else, in Kars, has decided to get involved personally.

Come into possession of a speleological investigation on the site, almost unknown to most and provided by an Italian team, he has dared to go where no one had dared yet. Down in the bowels of our concern. What he discovered, awaits the arrival of a "new man” now ... 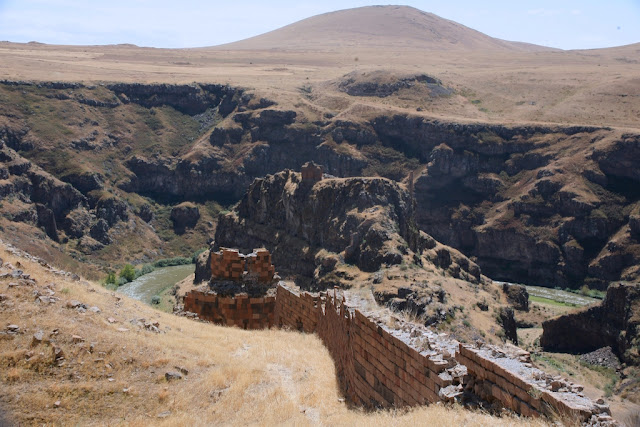