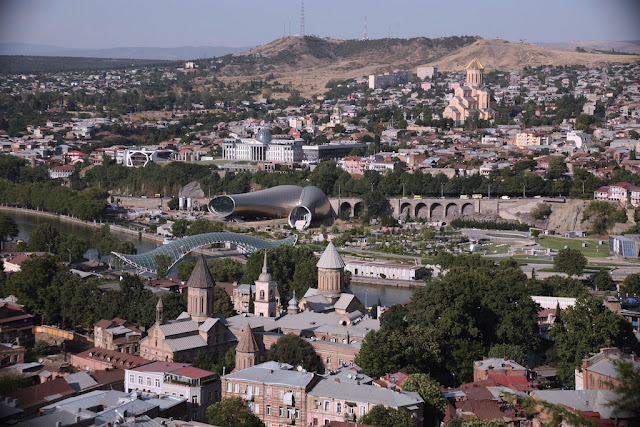 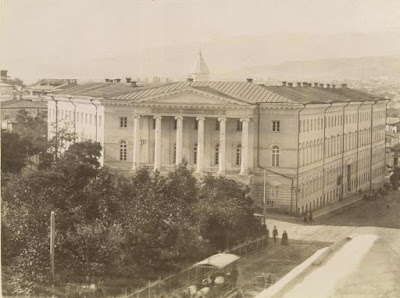 Six columns on five arches. If it had not kept the original facade at least, it would be almost impossible to suspect what was Tbilisi’s museum of Fine Arts in the past. Following the directives of the Georgian government, all public facilities aiming at the dissemination of culture tend today to value a national heritage somewhat idealised, willingly passing over in silence perhaps compromising records.

Inside the neoclassical building of street Gudiashvili 1, icons, crosses and precious metal jewelry abound, often rescued from churches gone under the Turkish rule, and among them glorious Queen Tamar’s venerable sparkling pectoral; of the two most brilliant and dangerous students of the former theological seminary, however, there is no trace. 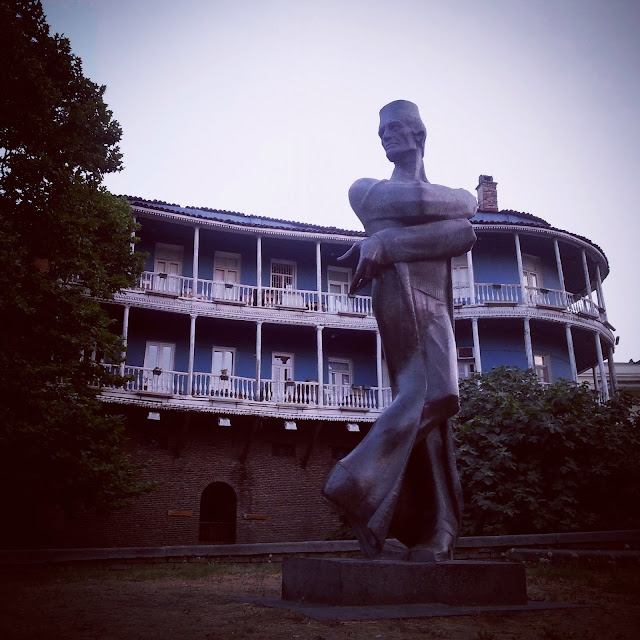 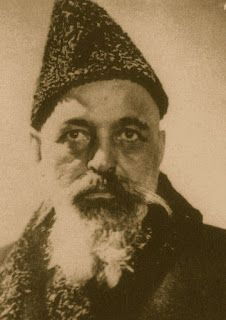 Only the Italian Embassy in Tbilisi has tried years ago, in 2007, to lift the veil of these mysterious amnesia of the capital, organising an international conference in collaboration with the State University of Tbilisi, the university of film and theatre Shota Rustaveli, titled “G.I. Gurdjieff from South Caucasus to the Western world: its influence on spirituality, thought and culture in Italy, in Europe and in the United States”.

Thanks to Pier Luigi Zoccatelli’s and Massimo Introvigne’s participations, respectively director and deputy director of the Centre for Studies on New Religions in Turin, seemed now having broken through the firm will to clarify why, in its long history, the Georgian capital has always been the privileged crossroad for metaphysical experiments on humans. 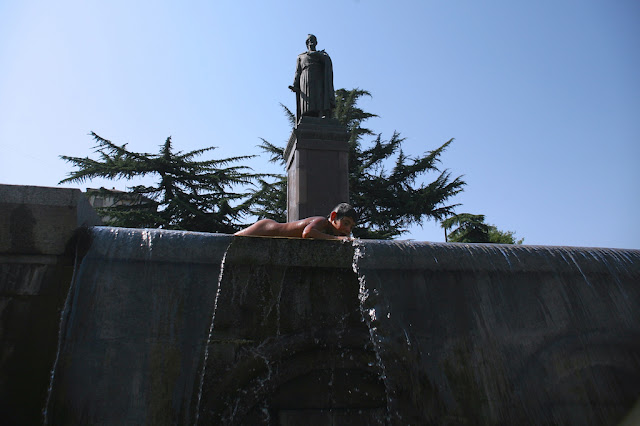 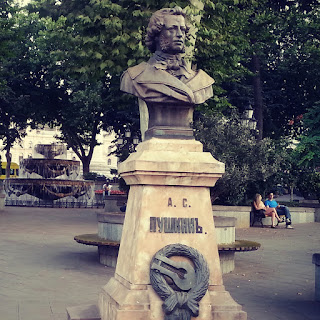 The old legend, according to which the founder-king Vakhtang Gorgasali saw a wounded deer falling into its sulfur springs and jumping out then miraculously healed, no longer convinces.

Exactly like it is not clear who is waving his equestrian statue, placed next to that treacherous Metekhi bridge, from which the invaders often threw residents reluctant to embrace their creed. Yet the area of ​​old public baths of the capital, whose “beehive” domes cling to the slopes on which stands the Persian fortress Nariqala, already had managed to persuade Dumas and Pushkin of the healing properties of this exceptional site. 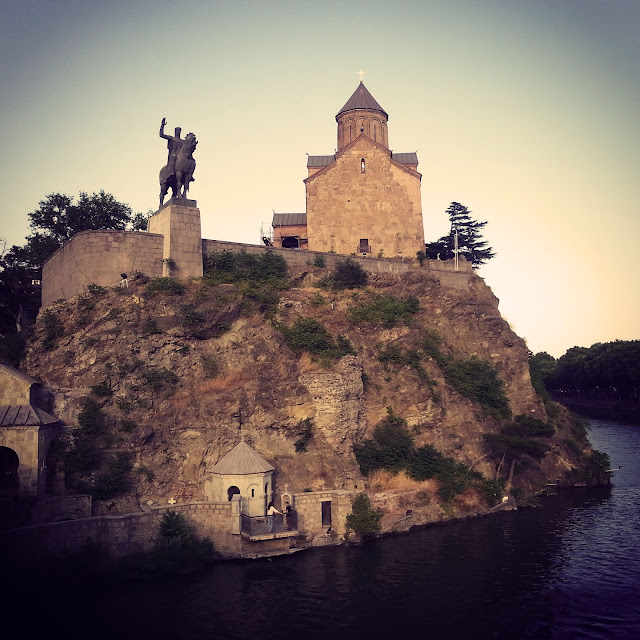 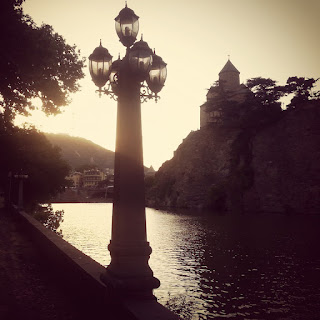 The conference program had included, among other things, an old town guided tour to the places linked to the controversial spiritual teacher, who in 1919 chose to inaugurate here his Institute for the Harmonious Development of Man, with the support of artist Alexandre Gustav Salzmann and his wife Jeanne, a former student of eurythmy’s inventor Emile Jaques-Dalcroze. A flash in the pan, just like the attempts to locate the original site of the Institute. Today it is almost impossible to find even the acts of that conference. On the other hand, over the elusive figure of Gurdjieff  it invariably ends up to cast shadows of very suspicious acquaintances, whose implications are today unpopular even to those who should preserve his memory. 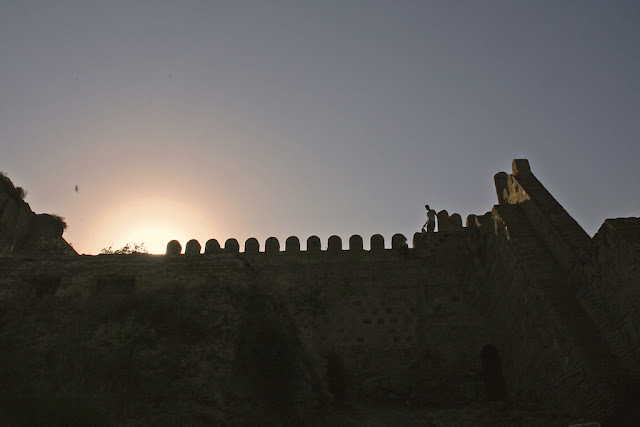 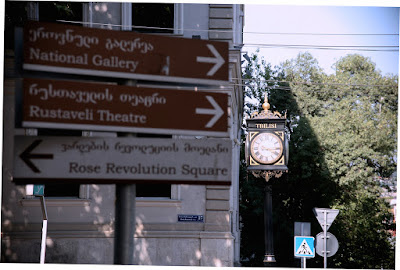 “We may perhaps take Gurdjieff out of Tbilisi - emblematically Canadian anthologist John Robert Colombo has remarked - but can we really take Tbilisi out of Gurdjieff?

The answer is that we can no longer consider him only through Western eyes; we must see him through the eyes of the East and, in particular, of South Caucasus, just as through ours. Only if his Armenian, Georgian, Greek and Caucasian influences become clearer in the coming decades, it will be possible that Gurdjieff really returns to Tbilisi”. 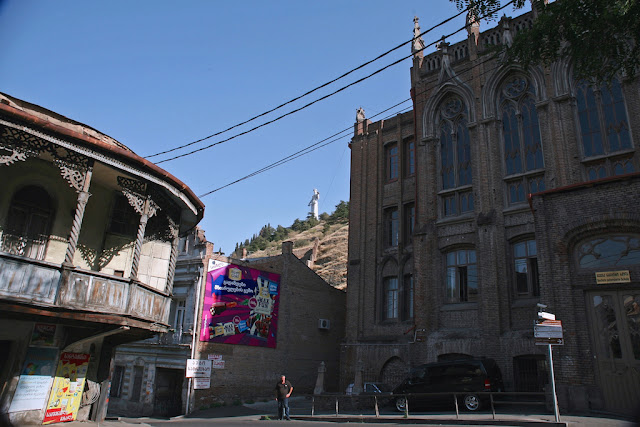 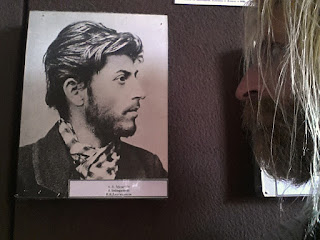 The problem, however, is not easy matter: today Caucasus appears much more careful to point out differences rather than relationships. They suspect everyone and everything, in the certainty that, here, they continue to play a fateful chess match between invisible powers. Perhaps it is for this reason that, prudently, they are returning to delve into the private life of a such Josif Vissarionovich Dzhugashvili, very comfortable in waters like these, since the years when he astonished his teachers of the theological seminary with formidable grades, and surprisingly close to the future founder of the Institute.

A Russian documentary, produced by RTR Planeta, dares indeed a substantial continuity between Gurdjieff’s idea of awakening man to consciousness and Stalin’s experiment to create a brand new man, the so called homo novus sovieticus. It even goes to suggest a connection between the Caucasian master and the palingenetic dream of SS, through the German General, and former disciple, Karl-Heinrich von Stuelpnagel. It instills serious concerns about the meaning of the cryptic Lentrohamsanin, a mythological figure quoted in the book "Beelzebub's Tales to His Grandson", and its triple assonance with Lenin-Trotsky-Stalin. 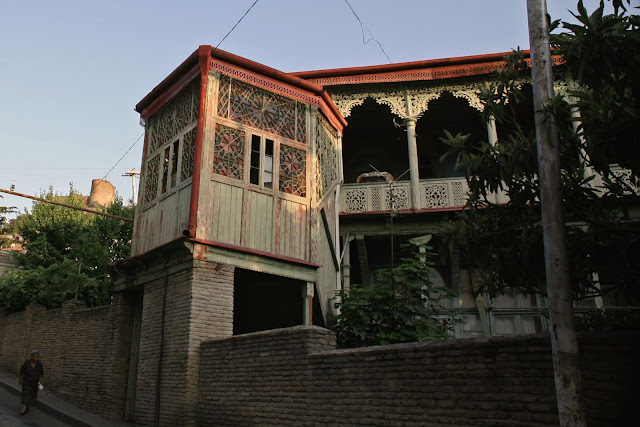 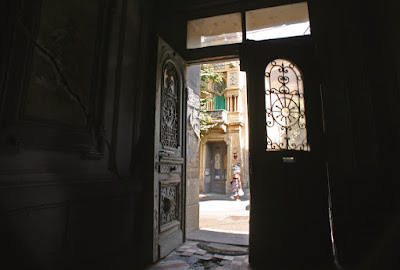 Too many, however, are the cracks of the city. Hopelessly empty its obsolete houses.
Despite Tbilisi’s care to restore even the tiniest of its innumerable churches, or to drive the attention to the stunning light show of its new presidential palace, as well as the sumptuous Peace Bridge - both designed by the Italian architect Michele de Lucchi  - Meidan is actually the hotspot you need to go through. There, between narrow alleys and crumbling cornices, in dusty halls and behind smashed doors, questioning eyes chase each other from balcony to balcony. 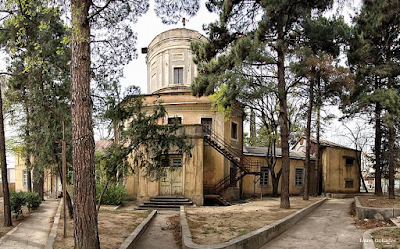 Hoarse voices become silent under the banner of yesteryear heroes.

You have to keep your eyes and ears open for grasping cleverly scattered clues: the dragon slain by St. George at the top of the column in Tavisuplebi moedani; a cube of bricks used as a fire temple of Ateshgah centuries ago; the ruins of the Arab observatory near Shah’s throne, so poorly preserved as the other observatory where the young Stalin worked on magnetic and meteorological influences. 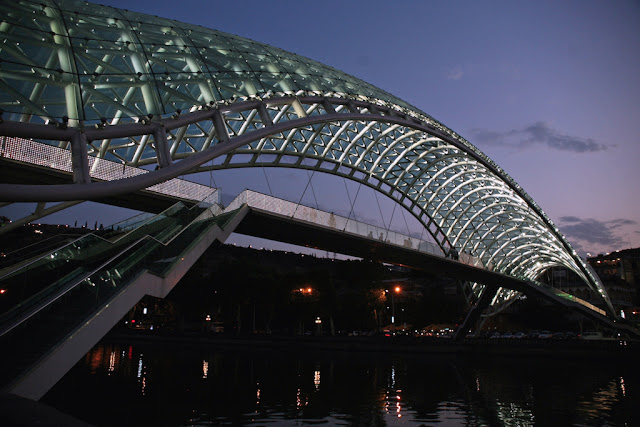 But it is inside the cup sustained by the mammoth Kertlis Deda, a 20 metres high Mother Georgia towering on the highest hill in the capital, that the answer ferments. After a climbing that deserves litres of pomegranate juice and a course of invigorating spicy mushrooms khinkali, suddenly the intuition: in vino veritas. And today, the truth has a name: Gori. 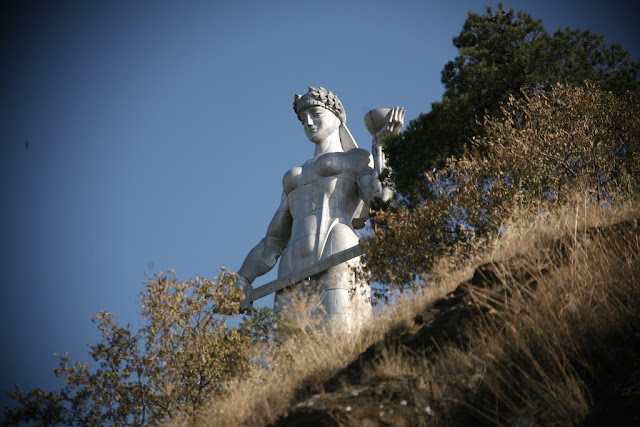